Why Not Work In A Ski Resort? 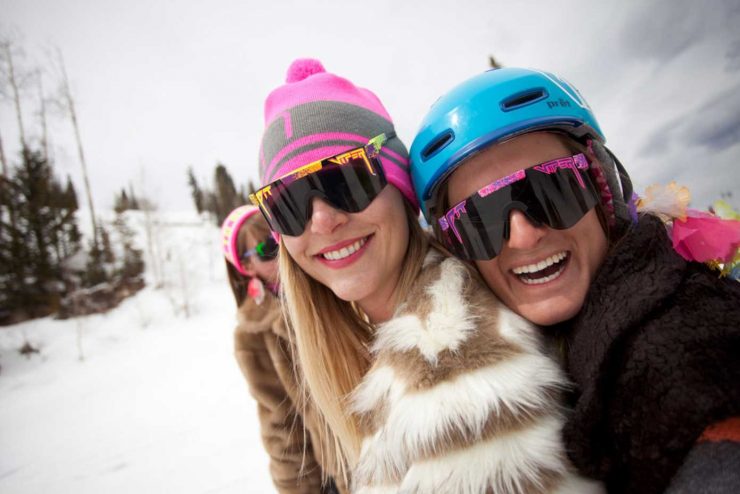 At lunch last winter in the Timberline Café, a friend and his son who had graduated from college the previous spring joined me.

He had gotten a degree in Business Management and talked about how hard it had been to find a job and how worried he was about his massive student loans.

It was a glorious cobalt blue sky winter day with the mountain and trees buried in new powder snow. I listened while he complained about how hard it was to find a job nowadays. When I asked him what kind he was looking for he said.

“I’m looking for a business to manage.”

This college graduate has a problem.

This is what I suggested to him.

Google the want ads of all major ski resorts in America. There are a lot of jobs available at every one of them. I know because I went back to my home and Googled them. For example: Mammoth Mountain has over 2,000 employees and about 500 job openings. What’s wrong with working at night and skiing or snowboarding all day for a winter? Once this young man gets a corporate job he will get married, have some kids, and it will be at least 30 or more years before he can take an entire winter off and ski his brains out.

A place to live at a ski resort is always the problem. When the resorts were being built, money was short and so they did not build any employee housing. The pioneers all had sleeping bags, a shaving kit, an air mattress, and someone who would let them sleep on their living room floor. Those pioneers are today the business managers of the resorts and the many businesses that have built up around it.

Rusty Gregory, Chairman and CEO of Mammoth Mountain, was hired on as a lift loader and today owns about 25 percent of the resort and has an office overlooking the main chairlift and gondola at base lodge one. He skis on all of those blue bird days and is still looking over his shoulder, anticipating that someone will come along and take his job away from him.

The Kircher family operates Big Sky in Montana and 22 other resorts. Montana has only a million people in the entire state but it also has 16 ski resorts and 106 different ski lifts. Someone has to run all of those lifts, cook all of the food, and serve it all winter long.

A friend of mine used to live in his small pickup truck with a bonnet on the back. He lived in the Vail parking lot or Beaver Creek’s depending when he got off work. He drove the early shift vans to Vail, picking up people early in the morning, leaving for Denver Airport by 6:30 am. When he got home – usually by noon – he had all afternoon to ski. When he finished skiing he would go to the Athletic club and take a shower and then go out and enjoy the evening.

Tucked in bed in his pickup truck he would count his tips from the nine passengers he drove in each direction. They averaged $10 a person because he told stories all the way, gave great service, and they loved him. That’s almost $200 a day in tips, which he stashed away for his college. He was the Business Manager of his van. He kept it extra clean, had brochures for almost everything in the Vail Valley, and the latest groomed run report which he gave the people when he dropped them off, along with his phone number so they could call for him, next time.

When I listen to people over 50 who have retired they all say the same thing, “I have worked all of my life for this house here at (X) resort. I sure wished that I had spent a year or two here when I first got out of college.”

I am not negating college in any way, rather I am suggesting that young people rearrange their schedule to include a year or two out of the city doing whatever turns them on. Luck has been on my side most of my life. My camera has been a magnet that has attracted people from all walks of life: guys living in vans in parking lots and governors of states and prime ministers and astronauts. All of us, and you the reader too, are all looking for the same thing. Of course, Freedom. The easiest place to find it is on the side of a snow covered hill. While there everyone is equal whether he or she has just gotten their degree in Business Management as my luncheon companion had or they are already managing a business as his father does.

The greatest plus to this plan is that the young people come back to college understanding more about how the world works, especially if they have had to support themselves while on their ski bum trip. When they get to college, they are more focused and, certainly, more mature.

What have you got to lose except some time invested in skiing? Maybe someday you will be the general manager of a major ski resort. You just have to get in line and work your way up the corporate ladder. It works the same way at the ski resorts as it does in old Amalgamated Radiator Manufacturing Company that your great uncle founded 53 years ago.

I seem to recall that he built a house down the street from me seven years ago. We both wound up skiing on the same hill at the same age but I had a few great years when I was a young man, after I got out of the war, when all I did was ski all day long.

Google those want ads in all of those ski resort newspapers now. The resorts are so big that anything you want to do in the city for a living you can do the same thing at a ski resort.

What a great way to live!