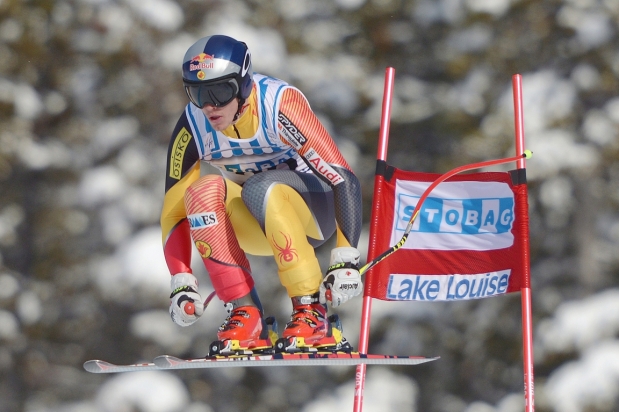 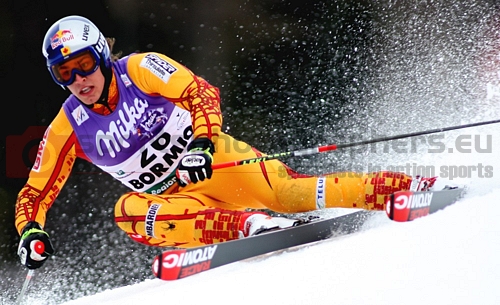 Guay, of Mont-Tremblant, Que., crossed the line in second place and looked like he might have done enough to secure his first top-three finish at Lake Louise, Alta., since 2003 before some strong late runs pushed him back down the board. Jan Hudec, of Calgary, Alta., was 17th and there were promising returns for Osborne-Paradis, of Vancouver, B.C., who was 22nd and Kucera, of Calgary – the 2009 world downhill champion – who was 36th.

“If I look at where I was six weeks ago I’m absolutely ecstatic with the progress I’ve made since,” said Guay, who had minor knee surgery in September but didn’t have any issues with his knee during Saturday’s race. “I’m super satisfied.”

Guay, who was competitive in both training runs earlier this week, crossed the line in a time of one minute, 49.48 seconds.

“I came through the line and I saw that I was second . . . I’m just really happy with my run,” Guay said. “If I ski the whole course the way I skied the bottom and the top part I will be absolutely competitive. It’s not so much the course itself – it’s the way I’m skiing it. For the moment I’m just missing the volume (of time on snow).”

Young Austrian ace Max Franz looked to have secured victory when he laid down a superb early time of 1:48.95. But Norway’s Aksel Lund Svindal – starting 22nd – produced a blistering run of 1:48.31 to take the win. Starting 42nd, the USA’s Marco Sullivan took full advantage of changing conditions to charge into a tie for third with Austria’s Klaus Kroell – with both men clocking 1:48.97.

Osborne Paradis started 44th but vaulted into the top 30 in his first World Cup race since he suffered leg and knee injuries in January 2011.

“It’s nice to know that you can still be competitive. With training, you never really know,” said Osborne-Paradis, who clocked a time of 1:50.39. “Catching an edge in the middle, I lost quite a bit of speed but I think, all in all, the skiing is where it needs to be to be competitive. I’ve just got to get this start number back down where the good guys are and once that happens I’ll be race ready anyways.”

It was a similar story for Kucera, competing in his first World Cup race since he was injured here in 2009. Starting 33rd, he laid down a strong run that looked good enough to give him a top-30 result before some strong late runs pushed him out of the points.

“I always knew it would come. If I thought it wasn’t going to come I wouldn’t be here,” said Kucera, who crossed the line in 1:51.22. “It took a lot of patience and it wasn’t very easy, but I knew if I just kept going, eventually my body would hold up long enough to let me get here.”

“Everything was ready today. The skis were good – I felt fit,” Hudec said. “I was a little bit disappointed to be that far behind.

“This year I’m ranked a little better so there’s more pressure to perform, but for me, I thrive on pressure.”

Ben Thomsen, of Invermere, B.C., has been skiing well in training but his right ski appeared to hit a rock near the top of his run, causing him to lose time.

“My right ski had no edge on it and I was a little confused about what was going on,” said Thomsen, who was 45th in 1:51.71. “When I got down to the bottom of the run I realized I hit a rock and unfortunately those things happen in an outdoor sport. There’s not too much we can do about it, but I’m just going to focus on (Sunday’s super-G).”

“It was tough. I am happy though I made it down – I fought and I made it and it was a good preparation for tomorrow,” Frisch said. “I’m seeing it as positive. It was really rough with the light (changing) but we can’t change the conditions so it was a good race.”

Dustin Cook, of Lac-Sainte-Marie, Que., missed a gate and did not finish the race. Conrad Pridy, of Whistler, B.C., crashed into the netting but was not hurt.

“Obviously it was disappointing,” Cook said. “I thought I was skiing pretty decent up there and then I just made one mistake and that just pushed me way, way too late to make it back to the next gate.”