Stevens Pass to build new lift and glading for 2013 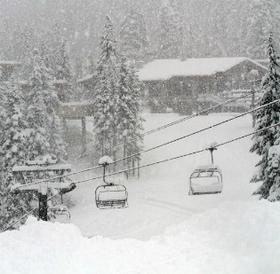 Stevens Pass Mountain Resort, Wash., has unveiled new plans for more than $4 million in lift and terrain improvements. A new high-speed detachable quad from Doppelmayr, which will replace a fixed-grip quad and cut the ride time in half, leads the list of improvements. In addition to the new chairlift, the resort will add new gladed terrain and expand existing gladed terrain.

This marks the first major capital improvement for the new ownership and operating group that acquired the area in November 2011—CNL Lifestyle Properties, Inc., acquired Stevens Pass for $20.5 million. Stevens Pass Mountain Resort, LLC, an affiliate of Mountain High Resort Associates, LLC, in California, has been operating the area under a long-term lease agreement with Karl Kapuscinski at the helm.

Construction on the new lift will begin this April, with an expected opening in December 2013.