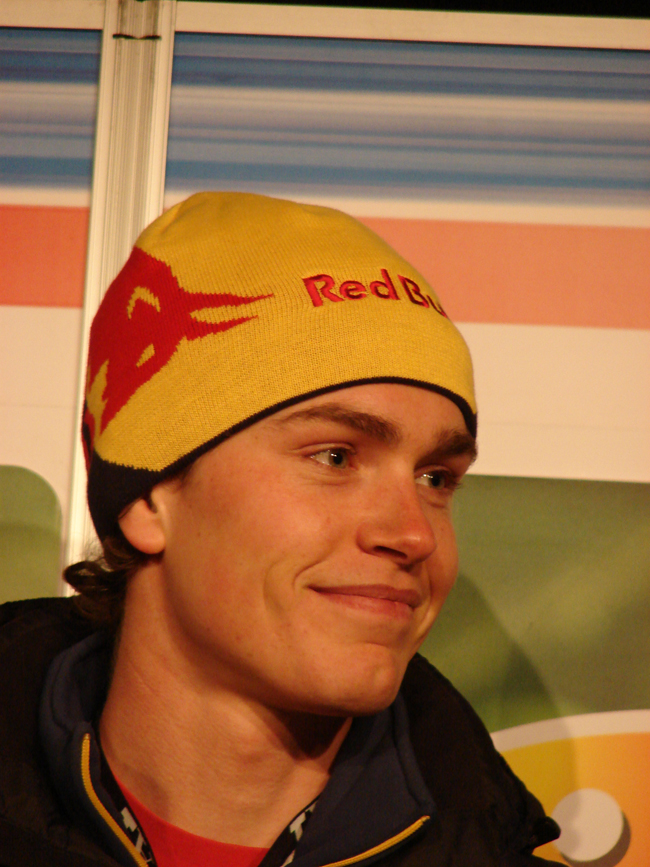 Erik Guay didn’t expect to find himself atop the leaderboard but that’s exactly where the most decorated member of the Canadian Cowboys was sitting following Wednesday’s first downhill training run at the Lake Louise Alpine World Cup. 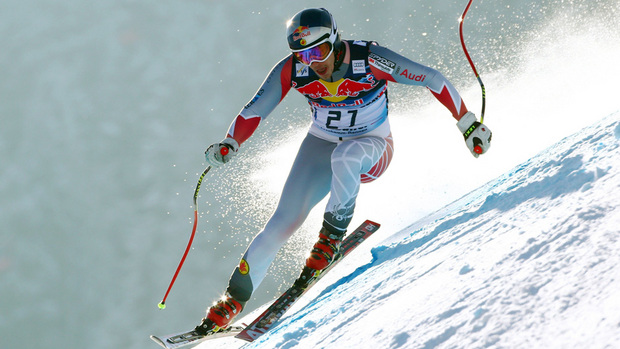 The 2011 world downhill champion from Mont-Tremblant, Que., only returned to snow last month after undergoing knee surgery but he set the pace on a course many described as choppy but unusually fast ahead of the first speed races of the 2013-14 Audi FIS World Cup season.

Manuel Osborne-Paradis, of Vancouver, B.C., was sixth and Jan Hudec, of Calgary, Alta., was 10th to give Canada three racers in the top 10.

“I wanted to go hard, but I’m surprised I’m fast. I didn’t think I would be winning the run,” said Guay, who had microfracture surgery on his left knee in July. “There’s lots of things happening out there, but it’s one of those things where it’s the start of the season and you don’t know whether you’re going to be quick or not. There’s no way of telling.”

Guay, who has 19 career World Cup podiums and needs one more to tie Crazy Canucks legend Steve Podborksi’s Canadian record of 20 for a male alpine skier, started 16th and clocked a time of one minute, 50 seconds. He joked that he was hoping to ease into his return to racing by enjoying a smooth run down the track, but in near-perfect conditions he found himself confronted with a track that was fast and bone-rattling in places.

“It’s trial by fire, for sure. There’s more terrain to it, it’s firm, and there’s lots of bumps to it,” Guay said of the course. “You don’t have time to hesitate on it. I did a good job, but I think there’s still room for improvement. If I want to be fast on Saturday I’m going to have to step it up a couple gears more, but so far I cannot complain with that result.”

The USA’s Steven Nyman was the second-fastest man down the hill Wednesday with a time of 1:50.20 and Switzerland’s Patrick Kueng was third (1:50.29). Osborne-Paradis, who has been focused and fast in training this summer and fall, also had a strong run – finishing sixth-fastest in 1:50.44.

“The course definitely stacks up on you in a few places and I need to be a little quicker on the ball in certain areas,” said Osborne-Paradis, who is gunning for a big year after enjoying a strong comeback from injury last season. “But really, I was happy with my line and happy with how my skis were carving and accelerating on the snow. There are little things to work on – my aerodynamics, where I can tuck, and things like that – but overall I was really happy with the run.”

Hudec, one of five Canadian Cowboys who was present for the unveiling of a new exhibit dedicated to the modern generation of Canadian ski racing heroes at Canada’s Sports Hall of Fame in Calgary on Friday, had a ton of fun on the hill where he famously won the downhill in 2007.

“Speaking of the Canadian Cowboys, I actually felt like I was on a one minute, 50-second bull ride the whole way down,” said Hudec, who was 10th in 1:50.69. “It was awesome. The snow is really good – it’s pretty much perfect as far as that goes. They’ve definitely added a lot of terrain like bumps and little side hills, and it was definitely a huge challenge to make it down intact today. It was fun, enjoyable, and probably really fun to watch. I’m pretty pleased with my run today, actually.”

Hudec was one of several racers who talked about the different feel the track has this year.

“The course is getting more and more technical, and the snow is basically bulletproof, but now they’re adding at least one piece of terrain at every gate – a roll or a dip or sidehill . . . it really forces you to focus and wake your body up,” Hudec said. “You really can’t lose concentration for more than a few tenths of a second. It makes it more challenging mentally, but also physically.”

“I felt like I was catching air off everything and hitting the bumps so that’s usually a good sign I’m going fast. The snow was really good,” said Conrad Pridy. “We got a fair share of that sort of training in Portillo (Chile) earlier this summer so it wasn’t really much of a shock but a little different for Lake Louise maybe. I’ve never really done well on this course but I’ve always skied it well I thought. Hopefully I’ll be fast on race day.”

Frisch, who will start Saturday’s downhill after earning his spot on the Nor-Am Cup circuit last year, said he’s just happy to be racing again after a long summer of training.

“Certain parts I stuck to my plan and it was good, other parts I kind of messed up but that’s why we have training runs,” he said. “I’m happy that finally the race season is starting at home here in Lake Louise and I’m excited to rock ‘n’ roll.”

Further training runs are scheduled for Thursday and Friday ahead of Saturday’s World Cup downhill and Sunday’s super-G.