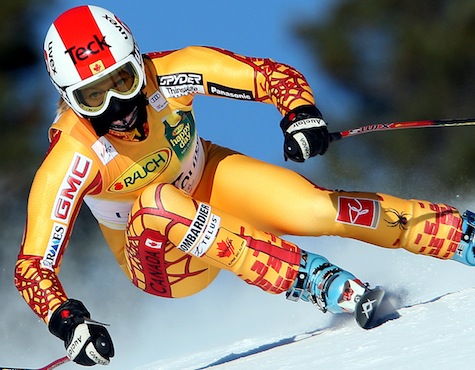 The Lake Louise Alpine Ski World Cup Organizing Committee was given the go ahead Saturday to host the first speed races of the 2013-14 Audi FIS World Cup season following a successful snow inspection.

The International Ski Federation (FIS) confirmed the men’s downhill and super-G races can take place as planned on Nov. 30 and Dec. 1 at the Lake Louise Ski Area, west of Calgary, Alta. Ladies’ World Cup downhill races are also scheduled for Dec. 6 and 7, followed by a super-G on Dec. 8.

Helmuth Schmalzl, the FIS race director for men’s speed events, and Darrell MacLachlan, the men’s Chief of Race, were among those who took part in the inspection, known as “snow control.”

“The approval from FIS is a credit to the incredible effort of volunteers as well as the co-operation from our partners, including the Lake Louise Ski Area and all the other supporters of the event,” said David Hawkins, chairman of the Race Organizing Committee (ROC). “We are looking forward to an exciting competition leading up to the Sochi Winter Olympics where we have a record number of teams and racers coming to Lake Louise.

“The Race Organizing Committee would also like to acknowledge the additional infrastructure added by the Lake Louise Ski area – specifically the increased snowmaking capacity – that helped make this positive snow inspection possible.”

The Lake Louise Alpine Ski World Cup brings the best speed skiers in the world to Alberta. This year more than 100 male racers and 80 female racers – from 21 men’s teams and 18 ladies’ teams – are expected to compete for downhill and super-G titles.

Canada’s men’s team is set to include previous Lake Louise winners Manuel Osborne-Paradis and Jan Hudec, as well as 2011 world downhill champion Erik Guay. With qualification for nomination to Canada’s Olympic team up for grabs, there’s a lot on the line for Canadian veterans like Guay, Osborne-Paradis and Hudec, as well as talented youngsters including Ben Thomsen and Morgan Pridy.

The Canadian ladies’ team is led by Marie-Michèle Gagnon, who was fifth in Saturday’s World Cup slalom race in Levi, Finland.

*All times Mountain and subject to change