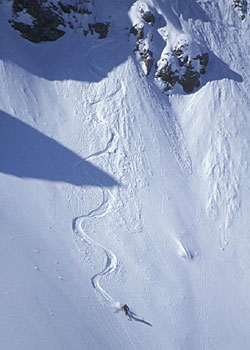 A cold wave earlier this week that spread east of the Rockies, along with snow in parts of the West and favorable snowmaking conditions in the East, have enabled dozens of areas across North America to open, either for the coming weekend or for the season.

A handful of areas are opening this weekend. They include Whistler and Big White, B.C., and Marmot Basin and Sunshine Village in Alberta. Also in Alberta, both Banff Norquay and Nakiska continue to operate on weekends.

Whistler’s opening comes 13 days ahead of its scheduled opening, thanks to a combination of cold temperatures, snowmaking, and natural snowfall. Five lifts will be running, and guests can upload from either the Whistler Village or Creekside Gondolas. Runs set to open include Ego Bowl, Upper Whiskey Jack, Upper Franz, Papoose, Orange Peel and Pony Trail. Dining facilities, ski and snowboard rentals and Adult Max 4 ski and snowboard lessons will be available.

Sunshine Village is opening with a 23-inch snowpack on 20 runs, with three lifts operatingThe resort will also open the Strawberry Terrain Park with two lines and six features including a 24ft. tubby tube, a wide box and propane tank. All resort services will be available as well.

In Colorado, Winter Park opened its 74th season as planned on Nov. 13. The area had 25 acreas of terrain, including terrain park with nine features.

Aspen is opening for the weekend of Nov. 16-17, 12 days earlier than planned, with regular operations at both Aspen and Snowmass starting Nov. 23. This weekend, Aspen Mountain will have top-to-bottom skiing on the Spar Gulch and Copper Bowl sides of the mountain—with more than 200 acres of terrain on 3,267 of vertical and an 18-inch base. The Silver Queen Gondola and Ajax Express Chair will be open, along with the Sundeck and Ajax Tavern.

In New Mexico, Sipapu Ski & Summer Resort is opening for the weekend, a week earlier than normal, on Nov. 16. Lifts and trail count will depend on snowmaking and snowfall at the end of this week. The resort will reopen Nov. 22 for daily service through Dec. 1, after which daily operations will resume again Dec. 6. Early season lift tickets are $20 for adults and $15 for juniors and seniors.

Other Western areas that plan to open this weekend include Brian Head, Utah, Nov. 15, and Great Divide, Mont., Nov. 17. And as it has for several weeks, Timberline, Ore., is reopening for the weekend.

In the East, Mont Saint-Sauveur was one of the latest to get started, opening top to bottom with a number of trails. Okemo expects to have more terrain open for the weekend. Big Boulder, Pa., followed today, with Mount Snow set to open Friday, Nov. 15.

Mount Snow will also offer top to bottom skiing and riding, along with full-size features in its Carinthia terrain park. It will have four lifts turning, and seven intermediate and advanced trails plus its learning area. Lift ticket rates will be $55 for adults, $45 youth and senior, $5 for kids 5 and under, and $30 for the lower mountain learning area. Mount Snow will operate this weekend, close during the week, then reopen for good the following weekend.

In New York, Whiteface Mountain opens Nov. 15, and Gore Mountain Nov. 16. Friday will mark the Olympic mountain’s earliest-ever opening, while this is the second earliest ever for Gore . Whiteface will have five trails from the summit to the base of Little Whiteface. At Gore, the Sunway Lift will take skiers and riders to the Jamboree Trail. The resort’s terrain park, at the bottom of the arena, as well as the cafeteria and rental shop will also operate. Both areas will close midweek and reopen Friday, Nov. 22.

Whiteface lift tickets are $38 for adults, $33 for teens and seniors and $28 for juniors. Lift tickets at Gore are $38. Skiers and riders who bring a non-perishable food item to Gore’s “Gore Gives” program, benefiting local food banks, will receive a $10 discount, up to two discounts per ticket.

Among the Eastern areas reopening this weekend are Bretton Woods (Nov. 14), plus Sunday River and Loon (both Nov. 15).