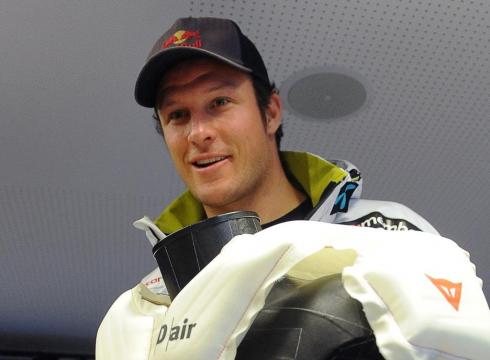 A radical air bag system that could have a big impact on safety in skiing is being tested on the World Cup circuit for the first time this week.

Werner Heel of Italy and Jan Hudec of Canada wore the air bags behind their necks in downhill training Thursday.

Working with the International Ski Federation (FIS), the Italian manufacturer Dainese has been collecting information from skiers for four years to find the exact algorithm as to when can the system should go into effect — in other words, at what point in a fall can a racer no longer regain control. 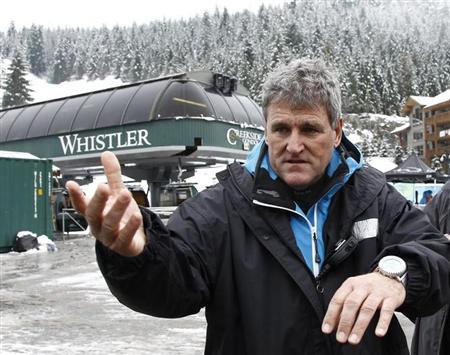 Up to six skiers will wear the air bags in downhill training sessions for the rest of this season. They have not been approved for races yet.

A similar air bag system has been in use in motorcycle racing since 2009.

In motorcycle racing, the air bag system inflates when the body leaves the bike with a forward rotation, whereas in skiing the exact moment when a racer loses complete control varies from one crash to another.

Dainese collected information from skiers by lodging special chips in their back protectors that record speed, angular rotation, acceleration and other information.

While skiers have been wearing the chips for four years, this was the first time a skier wore an air bag on a World Cup course.

The air bags did not inflate Thursday, because neither Heel nor Hudec crashed.

Four of the skiers wearing the air bags in the future will be those racers sponsored by Dainese — Heel, Hudec, and Canadians Manuel Osborne-Paradis and Erik Guay — plus two other random racers who can apply to wear the systems at each training session.

“It’s great to see private companies getting involved in taking great technologies from other sports and applying it to skiing,” U.S. Ski Team men’s head coach Sasha Rearick said, adding that he would encourage his racers to wear the air bags. “It’s impressive.”

Other safety improvements the FIS has been working on are non-abrasive under garments made by Energia Pura, which became an objective after a nasty crash involving current overall World Cup leader Aksel Lund Svindal in Beaver Creek, Colorado, in 2007.

“We are trying to implement these things into the rules as soon as the development allows it,” Hujara said.