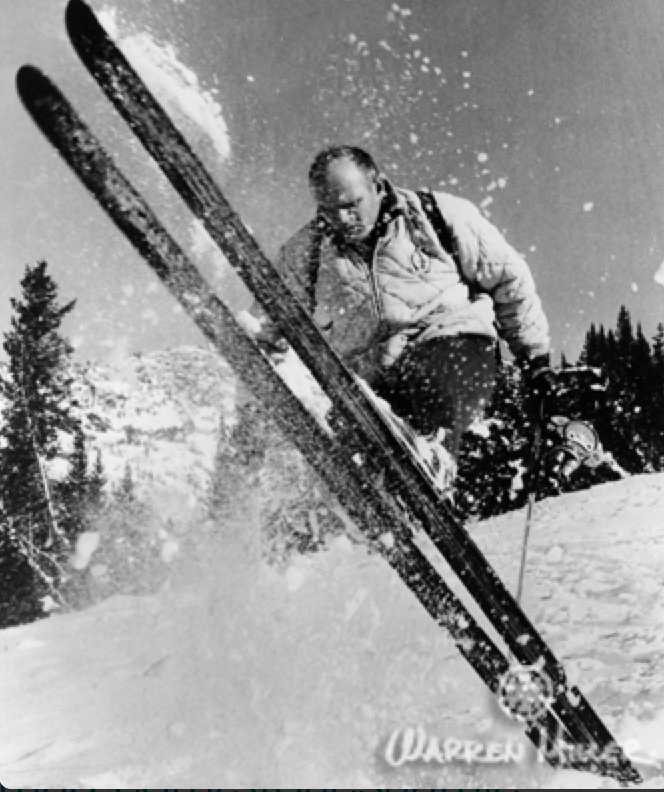 The quad chairlift shut down an hour ago and the sun is about to go down behind the big mountain. I am sitting on the lodge porch in the disappearing sunlight with a sunburned face after a day of spring skiing. Creaks and groans are emanating from the metal of the chairlift bull-wheel structure as the temperature rapidly drops.

In a few minutes, the slushy parking lot will be a nightmare of frozen ruts and slick ice. Unfortunately, I am wearing a pair of slippery Adidas jogging shoes, which I have never actually worn for jogging, but I have slipped on the ice in them many times. Running shoes are today’s casual version of a sort of after-ski-boot of this century. After-ski boots are a thing of the past since there never seems to be enough snow around a base lodge that is deep enough to go up over the top of a pair of house slippers, much less a pair of my old high, fur-lined, after-ski boots.

After-ski boot manufacturing has succumbed to the same fate as the necktie manufacturing or the girdle business. No one wants to wear them anymore. Although, I’d say that a lot of people need either a girdle or a diet. Twenty percent of teenagers are obese and an even higher percentage of older people are headed for ultra-wide caskets long before their insurance actuary says they should be. Given these statistics, I think more people should climb onto a pair of skis and learn how to make turns. As soon as they can ski down a hill, they should never buy another lift ticket until they climb enough hills on their skis to lose all of their excess weight.

If you are overweight, a good way to find out how much energy you are wasting every minute of every day is to walk around all day with your elbows bent and a gallon jug of water in each hand.

Yesterday, a friend of mine was over her head on a hill in deep powder snow with her husband and kids. She wasn’t overweight, but she was out of shape. She just couldn’t handle the deep powder snow and she kept falling until she could no longer get back up.

Finally, in an act of desperation to get her down the hill, her husband suggested a unique descent tactic. He told her to pull the hood of her parka up over her head and tie it tightly under her chin and then lie down on her back with her arms extended over her head. Then he and his oldest son grabbed her wrists and hauled her down the hill head first. Using this new Rockies Powder Snow Technique, they managed to lose about 400 vertical feet an hour. This method worked until the hill flattened out near the bottom and gravity was no longer enough of a help to drag mom through the snow on her back.

The next idea the family came up with was for her to sit down and they would haul her down the hill by her ski boots. This didn’t work too well because her boots were too heavy. Finally, the youngest of her kids suggested that they all take off their belts and use them to attach Mom’s skis to her back, with the bindings digging into her quilted parka, so that she could slide down the fall line in a straight, but high coefficient of drag and trajectory.

This new technique worked better than anyone had hoped for and as Mom gained speed, she ran over one kid and then another until she was going about three miles an hour over the speed limit for the existing terrain and snow conditions. The only thing that slowed her down was the powder snow building up under her buns until it finally brought the unguided missal to a halt just above the catwalk back to the lift.

While all of this was going on, the rest of her surviving kids were waiting and shivering in the shade of the catwalk while Mom was screaming, “Don’t any of you dare leave me or I’ll never wash your clothes or cook a meal for you again.” The last time Mom had threatened this kind of retribution, the entire family put on a total of 53 pounds in seven days while wearing dirty clothes. Dad ate at the McDonald’s drive-through on the way to and from work and the kids subsisted on ice cream, Kraft dinners, and take-out French fries and chocolate milkshakes.

Once down on the catwalk, Mom was un-strapped from the makeshift toboggan and lifted to her feet. The whole family skied slowly back to the lift and without speaking a word, they rode back up on the chairlift to the mountaintop restaurant.

Finally, after a big meal, Mom asserted her position in the family and said, “I vote to sell the dumb condo and buy one in Palm Beach and let all of you kids take up golf while I take up shuffle board.”

She was voted down on this suggestion by her husband and five kids who offered private ski lessons for as long as she wanted to take them. She is taking them and I’m sure she will lose 10 pounds while learning to ski in deep powder snow.