Good Work If You Can Get It 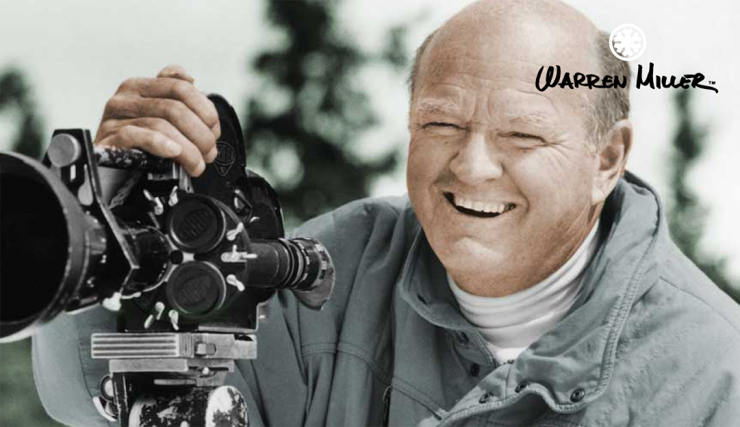 After spending the 1946-47 ski season dodging the lift operators at Sun Valley, I thought it would be a good idea to get a legitimate lift ticket for the 1947-48 season, during which I planned to live in the same place in the parking lot in my small trailer.

I arrived in Sun Valley prepared. I had already finished the cartoon illustrations that I wanted to paint on the walls of the Skier’s Cafe when I got there. After we dug out a place in a big snow-bank and parked our trailer for the winter, I went to Pappy Roger’s office with my idea and samples of the cartoons that I would offer to paint for him.

Pappy liked the idea, especially for the low price of a season pass. In those days, a season pass cost $150, so I felt that both of us would get a good deal. However, he also said, “I like your idea, but I have to offer the job to our resident artist Max Barsis first, just in case he might want to paint them.”

Max, of course, painted the cartoons, but Pappy offered me a substitute set of walls on which to paint my murals for an even higher price. I painted them on the walls of the employee cafeteria for the price of a season ski pass and meals for the duration of the painting job. Amazingly, it took me all winter to finish the job. The cartoons stayed on the walls until they tore the building down 50 years later.

The same year that I painted the cartoons at Sun Valley, Everett Kircher bought the single chairlift on Dollar Mountain in Sun Valley for $4,800 from Pappy and moved it to Michigan.

Kircher had already bought a mountain in Michigan for $1 several years earlier. A farmer had sold him the mountain because it was too steep for growing potatoes. Kircher assembled the lift on the $1-mountain called Boyne.

In January of 1955, I was showing my ski film at Boyne Mountain and had an evening off to attend a dinner party at their mountaintop warming hut. (“Mountaintop” in Boyne country is an awesome 460 feet higher than the bottom of the chairlift.) After dinner, someone found a large Sharpie pen and I filled up one entire wall with an assortment of my sketches. A couple of years later, someone covered them with plexi-glass. Now, almost 50 years later, those murals are still on the wall. Three generations of skiers have sat in front of them while eating their brown bag lunches and looking out over the Michigan countryside.

About a week ago, Everett Kircher’s son John called me. He just built a new mid-mountain restaurant at Crystal Mountain in Washington and he wanted to know if I would be interested in painting some cartoon murals on the walls there just like I did for his dad at Boyne many years ago.

I drove up to Crystal a few days later. On the way, I reminisced about my sporadic history of mural-painting and remembered how much fun it was to paint them. When I arrived at Crystal, I was astounded to see a $4-million building three-quarters of the way up to the top of the mountain. It’s almost as big as Two Elk at Vail, and every bit as luxurious and well-designed.

It was a huge job. My immediate response was, “I don’t want to come up here for a couple of months and pretend to be Michelangelo painting original art on your walls. I don’t have that much time and I don’t think you could afford me if I tried to do it that way.”

He agreed, so I am currently drawing all of the cartoons in my studio on my small northwestern island. Once finished, I will have several of them copied in varying sizes from one to five feet high so we can decide how much each one should dominate the restaurant or blend into which wall as conversation pieces.

Once I have all of them duplicated in decal form in their chosen size, I will go back up to Crystal and supervise putting them up on the many different walls. John already knew my history of painting murals, so I told him, “These might cost you more than a dinner or a season pass at Crystal since I already have a season pass at The Yellowstone Club in Montana.”

We made a handshake deal and for the past two weeks, I have been drawing cartoons almost full-time. This business of drawing cartoons is good work if you can get it. I enjoy drawing as much as all of the other stuff that I usually can’t find time to do and unfortunately, that no-time-to-do list of stuff-I-want-to-do is endless. As I start out on my eightieth year, I often wonder how I ever had time to have a full-time paying job.