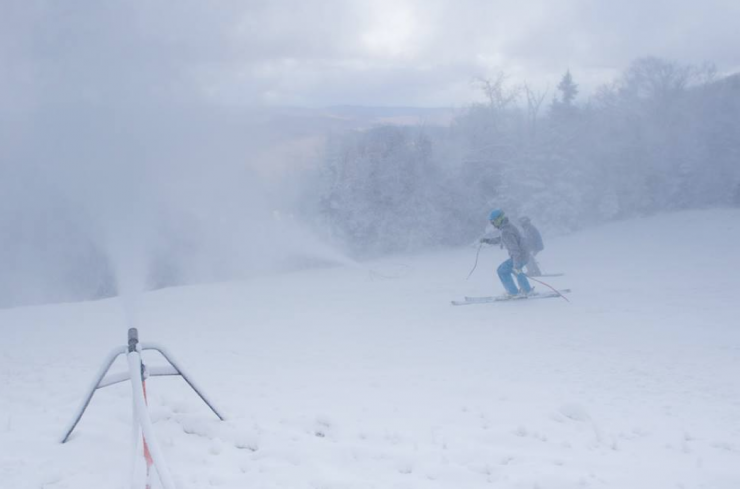 Cold weather settled in just in time for resorts to make enough snow to open for Thanksgiving weekend, with 18 different areas kicking things off between Nov. 24 and Nov. 28. Most had limited terrain compared to the same time a year ago, when sustained cold weather and a series of major winter storms had snowsports enthusiasts burning off that extra piece of pie in more than a foot of powder. 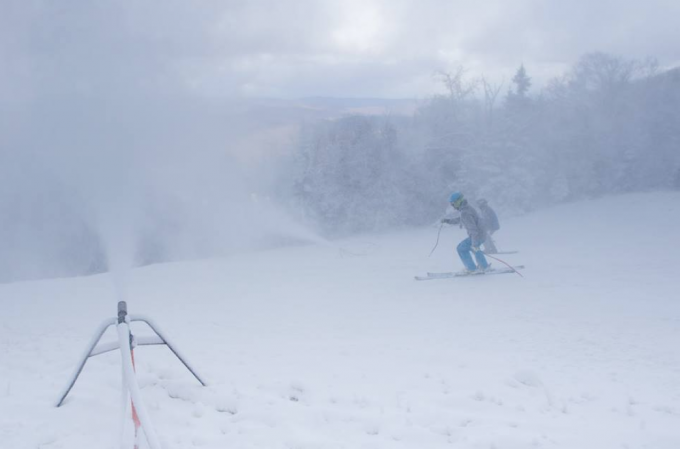 Whistler/Blackcomb pumped 100 million gallons of water for snowmaking to build trails from their snowline to the village. Their volume of holiday skiers surpassed their budgeted numbers.

At Sunday River, which was one of the first resorts in the nation to open for skiing and riding, lodging was at capacity for the weekend and skier visits met forecasted estimates. The western Maine resort continues to expand open terrain thanks to favorable snowmaking conditions.

Big Boulder was the first resort in Pennsylvania to open when the first chair went up on Nov. 27, providing access to one trail with terrain park features. Big Boulder is open weekends only to start the season.

A total of 26 areas in the Midwest took advantage of a cold snap before Thanksgiving and were able to open, at least for the weekend. Seven of those resorts are now operating daily, with the rest planning to reopen the first weekend of December. Wild Mountain, which opened on Nov. 20, reported a very busy holiday with more than 70 percent of its terrain open, including a full terrain park.

The snow keeps piling up in the Rockies, with a handful of areas reporting over 100 inches of snow so far this season. A national audience got a taste of that during NBC’s broadcast of Sunday Night Football, when heavy snowfall persisted throughout the game between the Patriots and Broncos in Denver.

In California, things are looking up. Mammoth Mountain had about 50 percent of its terrain open and saw approximately 33,000 visits from Thursday to Sunday. According to a resort spokesperson, that number is nearly double last year’s total over the same time period, and a few thousand more than the big-snow year of 2010-11. Mammoth is also up about 30 percent in lodging reservations for the month of December compared to last year.

Mountain High reported its strongest Thanksgiving weekend attendance in five years, with more than 7,500 guests making their way to the mountain. To date, visitation is up 78 percent over the same timeframe last year.

“This early season has been the best in recent memory,” said Mountain High president and CEO Karl Kapuscinski. “People are showing a renewed interest in winter sports and the weather has been perfect for snowmaking.”

Mt. Bachelor, Ore., opened Nov. 27 and reported a weekend of exceptional weather, which brought a number of season passholders and vacationers out to make their first turns of the season. With a forecast calling for snow, resort officials are optimistic following last winter’s sub-par snowfall.