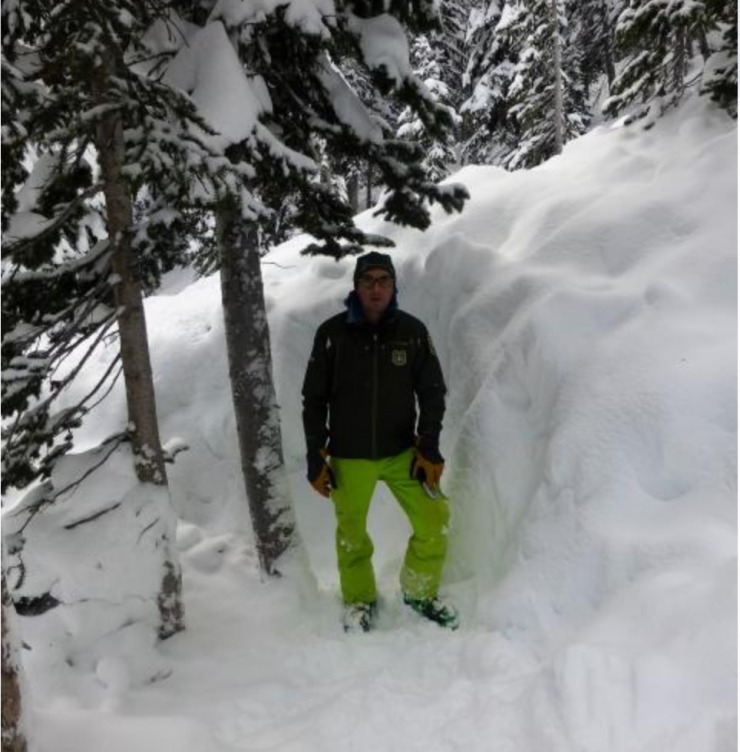 An avalanche killed a backcountry skier on Henderson Mountain outside Cooke City, Montana. The skier triggered an avalanche, was caught and fully buried. The slope was a terrain trap of trees.

55-year-old Christopher Peterson of Ketchum Idaho, was skiing with seven others when he was buried by a slide on Henderson Mountain.

“We did have heightened avalanche danger due to a lot of recent snow and strong winds loading that’s now onto an unstable snowpack,” said Marienthal.

And these unfortunate incidents can happen in an instance.

“It happens fast once somebody collapses the layer of snow that’s gonna slide it happens in seconds, they are known for getting a lot more snow down there so tends to increase the danger a little bit more,” said Marienthal.

Doug Chabot and Eric Knoff of the GNFAC investigated the scene of the fatal avalanche, this is their report:

The skier was in a party of 5 and his descent was the 7th track on the slope when it avalanched. He was carried into the trees and buried under 5’ of snow. Another person was buried to his waist, uninjured, as he stood in the runout zone. The victim was found with avalanche transceivers and dug up in 15-20 minutes. CPR was initiated, but unsuccessful as trauma was a likely factor in his death. The slope was only 250 vertical feet, but steep, averaging 40 degrees. The crown was 3’ deep and the path was 150’ wide. The avalanche broke on a layer of weak, sugary facets sitting on an ice crust 1’ above the ground.

Looking down the path from the crown gives an idea of it’s steepness and runout zone. The slope averaged 40 degrees with it’s steepest part measured at 43 degrees. The victim was found in the trees marked by the red X. 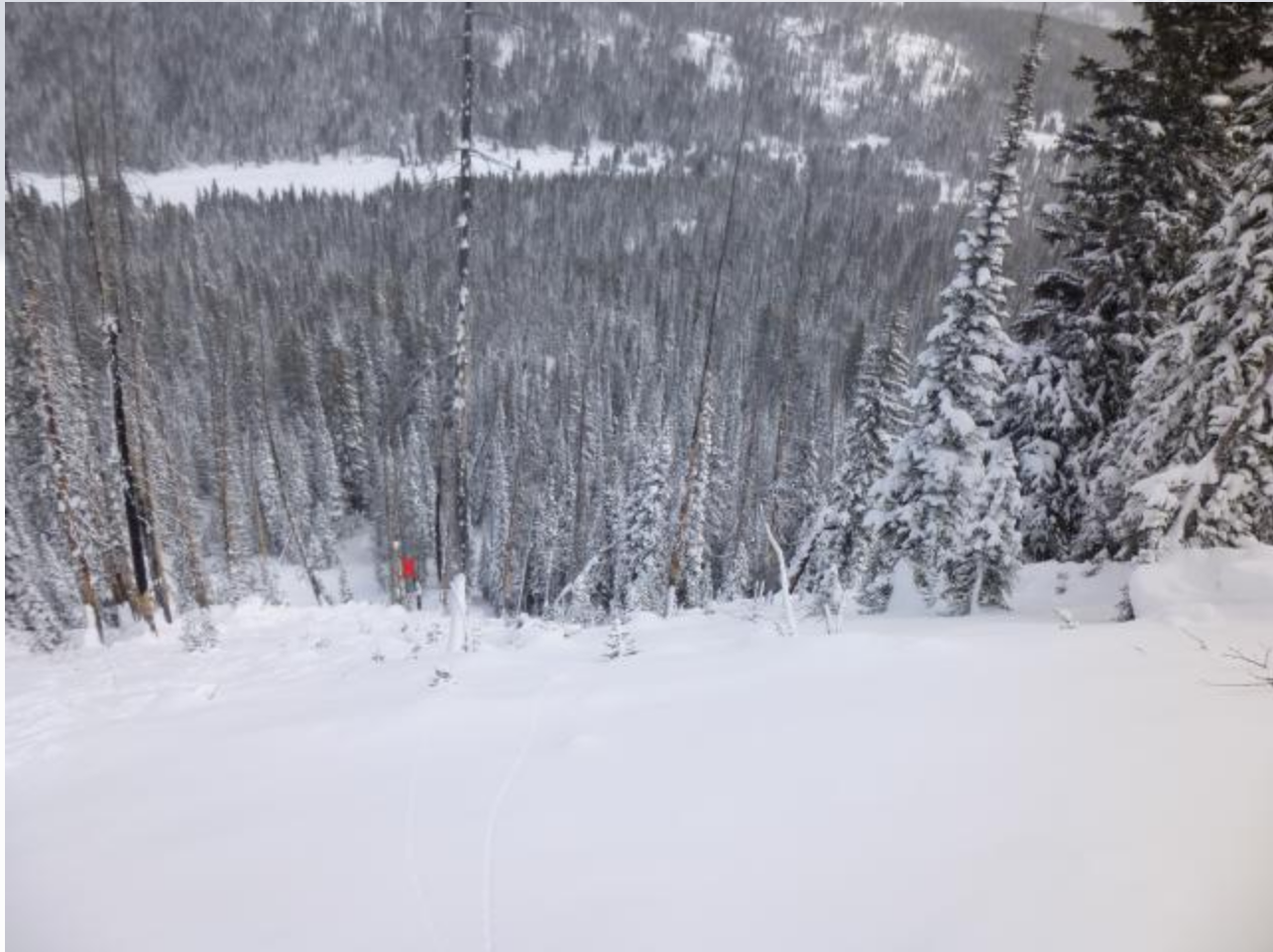 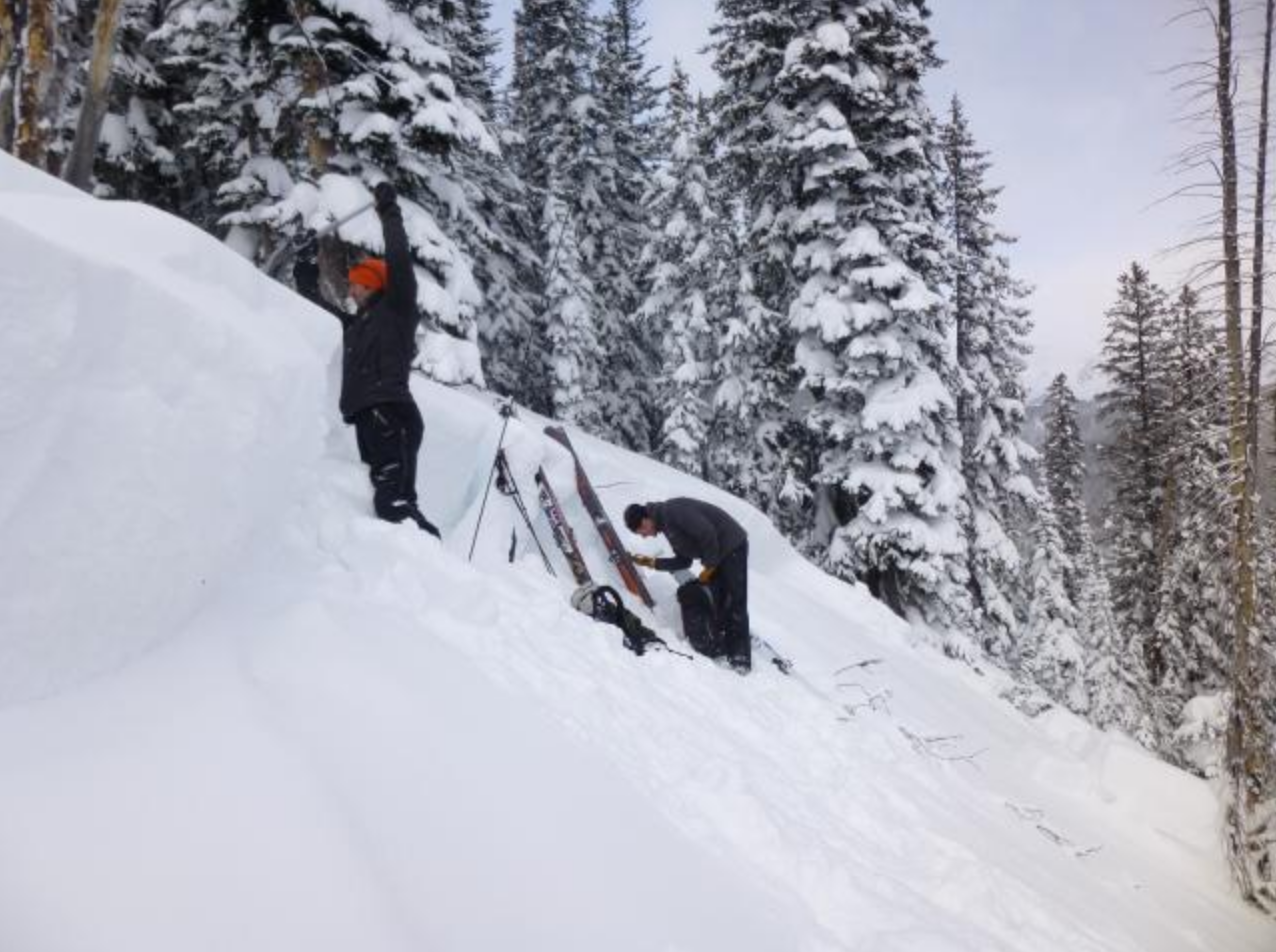 The victim was buried 4-5 feet deep and wrapped around this tree. 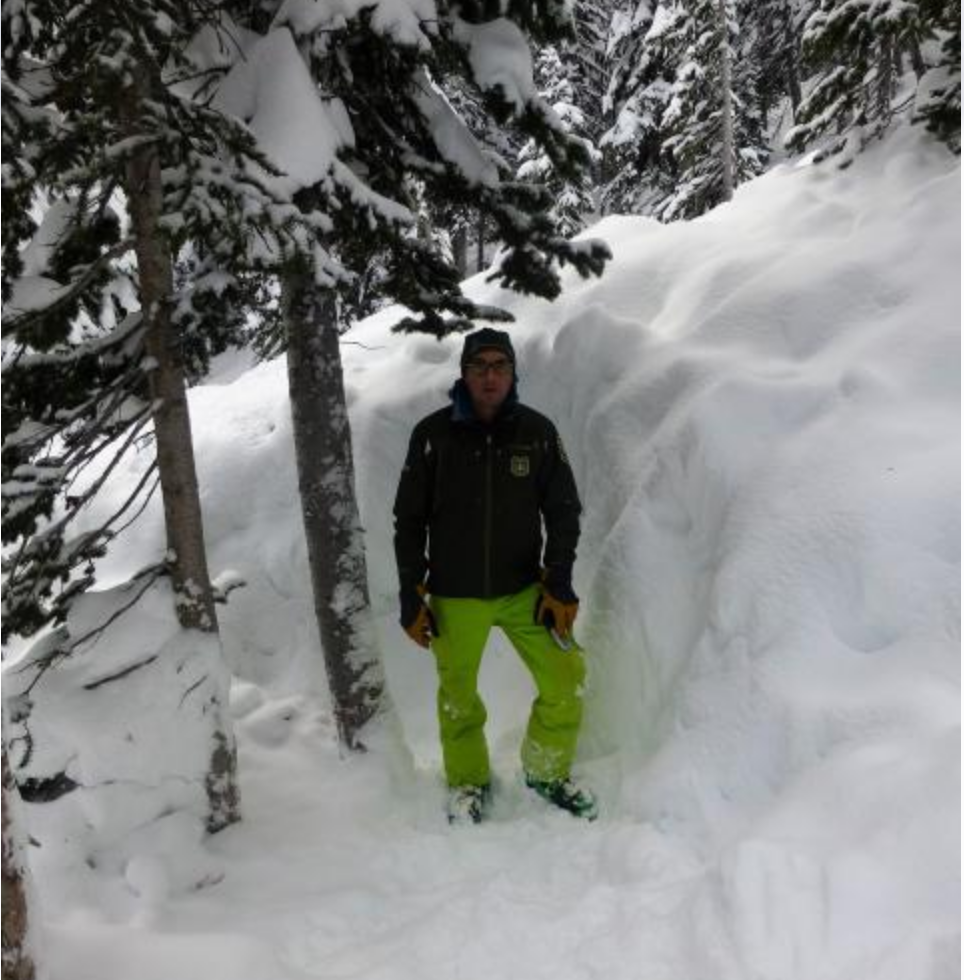 Avalanches are avoidable with increased knowledge and caution. In this tragedy the avalanche conditions were heightened and the group chose to ski a dangerous slope. In retrospect it was a bad choice.

Be safe out there and live to ski another day.