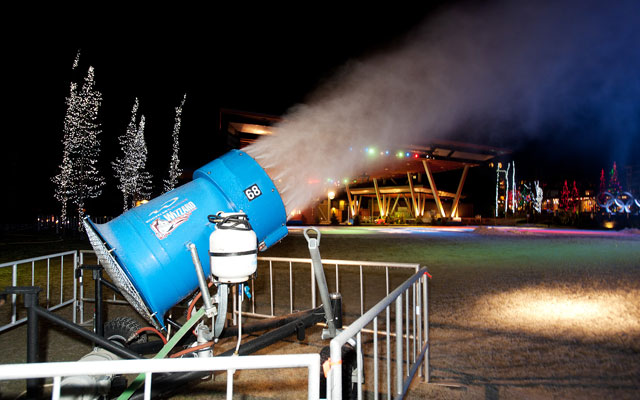 The mercury dropped last week and a handful of resort snowmaking crews took advantage of the cold temps.

Loveland and Arapahoe Basin in Colorado began their annual race to open, each firing up snowguns on a few trails on Sunday. A third, and somewhat unlikely, player in the early snowmaking scene—Arizona Snowbowl—said it began throwing snow at 8 p.m. Saturday night, laying claim to be the first in the nation to do so. The resort said it plans to open Nov. 10.

In a blog post Tuesday, A-Basin COO Alan Henceroth said, “Getting a September snowmaking start is good. The North facing slopes are still holding snow. The forecast for the week shows a bit of rain and snow. I suspect things will just get whiter as the week goes on.”

Coupled with a few helpings of natural snowfall at higher elevations, things are looking wintery out West. It’s still September, though, and anything can happen, weather-wise.

Regardless, each of these resorts is fueling the winter stoke as autumn sets in across ski country. It won’t be long now (knock on wood). Winter is coming.