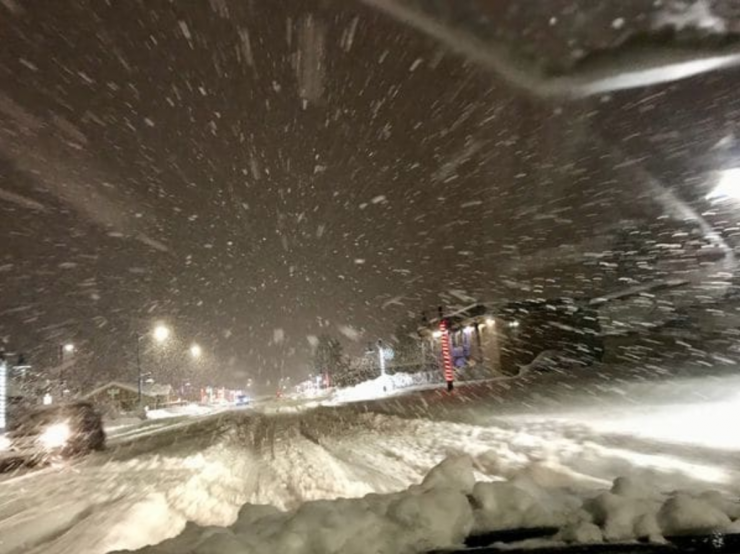 Imagine going into a movie theater to check out the latest science fiction flick and there is not a single flake of snow on the ground. A couple hours later, as the credits start to roll, you mosey outside and are stunned to find your car buried in more than a foot of snow.

Perhaps you’d wonder if you were still watching a movie.

Well that’s kind of what happened Wednesday at Alaska’s Thompson Pass, just outside of the town of Valdez, when an incredible 10 inches of snow piled up in one hour — around 1.7 inches every 10 minutes. This is an absolutely extreme snowfall rate.

The furious storm dropped another 5 inches in 30 minutes, for a remarkable 15 inches in a brief hour and a half period. In the end, 40 inches of heavy wet snow accumulated in 12 hours.

The Thompson Pass storm ranks among the most intense snowfalls that we know of, according to a quick analysis by Weather Underground’s weather historian, Christopher Burt.

The Alaska storm was definitely not lake-effect, but a similar amount of moisture was involved. An atmospheric river — a plume of very wet air — transported warm, Pacific Ocean moisture all the way up into the high latitudes and smacked into the mountainous coast of Alaska.

The atmospheric river was aided by the North American Winter Dipole, which is a “fancy term to describe abnormally warm conditions in the West and cold conditions in the East,” according to the Capital Weather Gang’s own Jason Samenow. “Under such a pattern, the jet stream, the super highway for storms that divides cold and warm air, surges north in the western half of the nation, and crashes south in the eastern half.”

Upstream of the massive ridge over the western United States, the atmospheric river bombarded coastal south central Alaska, right along the jet stream. 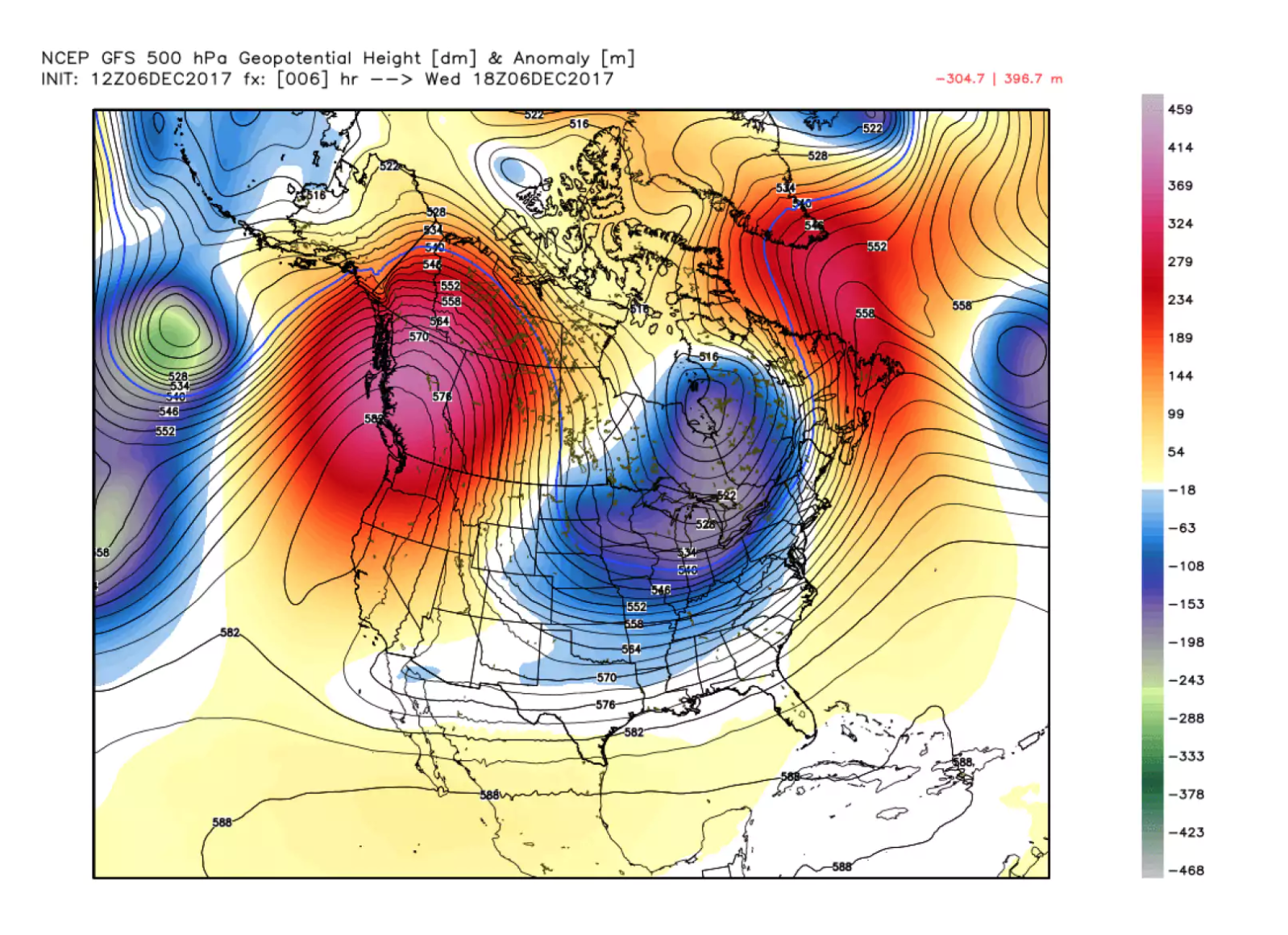 The North American Winter Dipole Pattern with a large ridge of high pressure in the Western U.S., and deep trough in the Eastern U.S., which aided in the formation of the atmospheric river on Wednesday.

Valdez, with a population around 4,000, was cut off from the rest of the state when the only overland route in and out of town was buried in an avalanche. On Thursday, the Richardson Highway was sitting under 20 feet of snow. It could be several days before crews can clear the road, reported Meadow Bailey, spokeswoman for the Alaska Department of Transportation and Public Facilities, to the Anchorage Daily News.

No stranger to big snow dumps, Valdez and the coastal Chugach Mountain range gets a ridiculous amount of snow each winter. In fact, Valdez, sitting in a cove on the Prince William Sound, is considered the snowiest town in the United States, averaging a whopping 300 inches per year.

Thompson Pass, located at 2,678 feet above sea level, is the snowiest reporting station in the nation, getting between 600 to 900 inches per year. Compare that to the average of 180 inches at Snowshoe, W.Va., and 460 inches at Jackson Hole, Wyo.