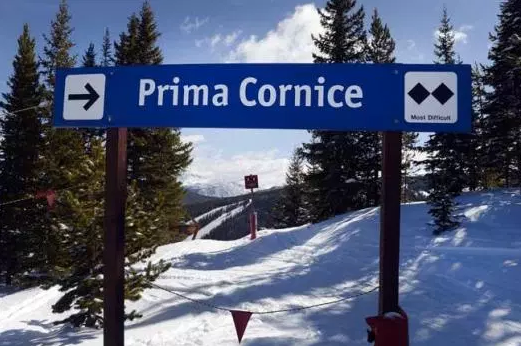 PRAISE AND SADNESS FROM THE SKI COMPANY

“Vail Resorts agrees with the ruling today by jurors of the Eagle County District Court and believes this was a thoughtful and well-reasoned decision, consistent with Colorado law. Nonetheless, we are also aware of how difficult the trial has been for everyone involved, and we remain deeply saddened by the tragic events of Jan. 22, 2012, and for the family and friends of Taft Conlin,” Lovell said in a statement.

“The company continues to place the highest value on the safety of our guests and employees and is proud of the Vail Ski Patrol and their ongoing commitment and professionalism. We will continue to work hard each and every day to mitigate risk and provide a safe environment for skiers and snowboarders on the mountain.”

Ingalls said if they had won any money from the lawsuit, then they vowed to create a scholarship fund and give it away.

“We just wanted to make things safer,” Ingalls said. “That has been our goal since starting this six years ago.

“Even with today’s verdict, our efforts have already made a difference.”

The Colorado Supreme Court ruled in 2016 that under Colorado’s Skier Safety Act, in-bounds avalanches are an inherent risk of skiing. That narrowed Conlin’s case from wrongful death to claiming Vail Resorts was negligent when ski patrollers closed Prima Cornice’s upper gate, but not the lower gate.

Ingalls and Conlin’s attorney, Jim Heckbert, was at odds with District Court Judge Fred Gannett on several points and said an appeal is not out of the question.

“The judge excluded a great deal of our evidence that we thought was relevant. As to whether we appeal, we’ll talk to our clients,” Heckbert said.

“It violates every law of nature for parents to bury their child,” Heckbert said during closing arguments Wednesday morning.

Children grow up and leave, but the bond remains, Heckbert said.

Colorado’s Skier Safety Act says that if a trail is closed, then every identified entrance should be closed, Heckbert said.

“A trail closure must be so clear and unambiguous that a 10-year-old child can understand that it is closed,” Heckbert said.

Heckbert took aim at Vail ski patrollers testifying they were unaware that skiers climbed from up from the lower Prima Cornice gate. Four of the plaintiff’s witnesses said they’ve done it and were with others when they did it, including a couple of coaches from Ski & Snowboard Club Vail.

“If there was anything in their backgrounds, anything bad, you would have heard about it. You didn’t,” Heckbert said. “For 26 years before this child died on Prima Cornice, people remember sidestepping up when the upper gate is closed.”

Heckbert said by closing that upper gate, Vail Resorts intended to close a portion of the trail.

But what portion? Heckbert asked.

“No one knew what was open and what was closed. Whose fault is that? Vail management,” Heckbert said.

The plaintiffs were asking that Vail Resorts pay damages. That won’t replace their son, Heckbert said. Ingalls and Conlin will have to deal with the loss of their son for the rest of their lives.

Because it’s a civil case, Heckbert had to convince the jury that it was more right that wrong — a preponderance of the evidence — that the ski company violated Colorado’s Skier Safety Act.

“If you find that Taft Conlin was 50 percent or more at fault, the parents lose,” Heckbert said.

NO, VAIL RESORTS DID NOT BREAK THE LAW, ITS ATTORNEY SAYS

Vail Resorts attorney Hugh Gottschalk opened his final statement by acknowledging the tragedy and expressing sympathy to Taft’s parents and then said Vail Resorts did not cause their son’s death.

Ski patrollers left the lower Prima Cornice gate open so skiers could enjoy the 8 to 9 inches of new snow that fell that day, Gottschalk said.

Taft and one other skier climbed up, and Taft triggered an avalanche that caused his death, Gottschalk said.

Gottschalk said the Skier Safety Act says that to close a trail, it has to be closed at identifiable entrances.

“The lower gate is not an identified entrance to upper Prima Cornice,” Gottschalk said.

The upper gate was closed, so the part of Prima Cornice to which Taft climbed was closed, Gottschalk said.

“If we didn’t close an identified gate, that’s on Vail,” Gottschalk said.

But they did, he said.

“Nobody drew a line, nobody indicated that Taft Conlin skied there by gravity,” Gottschalk said. “You have to assume that skiers are going downhill or you would have to put a four-sided box around closed areas.”

As for the people who said they and others have sidestepped up Prima Cornice, that proves nothing, Gottschalk said.

“‘I did that’ is not an legal reason for Vail to treat the lower gate as an identified entrance,” Gottschalk said.

Gottschalk again acknowledged the tragedy but told the jury that sympathy for Taft’s parents should not play a part in their decision.

Skiers testified that they climb up Prima Cornice all of the time and have since it opened in 1985.

Vail Resorts ski patrollers say they have no knowledge that skiers do that and say they don’t understand why anyone would.

A six-person jury will decide what was closed and wasn’t on Jan. 22, 2012, the day an in-bounds avalanche on Vail Mountain killed 13-year-old Taft Conlin.

The Vail Resorts website listed Prima Cornice as open that day, according to testimony on Thursday, June 14. What “open” means, though, could be a matter of interpretation.

Ski patrollers testified Thursday that if you can access an area through gravity, then it’s open. If you have to climb to it, then it’s closed, they said.

Conlin entered through the lower gate of Prima Cornice and sidestepped up the run, reportedly looking for fresh snow on the first good snow day of an abysmal snow season. An avalanche swept him away and killed him. The jury will also decide whether Vail Resorts should have posted part or all of Prima Cornice as closed and if the ski company violated Colorado’s Skier Safety Act.

On the day the avalanche killed him, Taft Conlin was skiing Vail Mountain with friends. They made a couple of Chair 4 runs and headed to Prima Cornice, according to testimony.

During one of those runs, they took a right-hand turn out of the lower Prima Cornice gate. The upper gate was roped off, according to incident reports.

Then everything slid, taking Conlin with it.

Rust was in Game Creek Bowl when the fatal avalanche slid. She jumped on the lift and met other patrollers at the top of Game Creek Bowl with a snowmobile. Rust took over as the dispatcher for the incident and kept a log.

The avalanche slid at 1:40 p.m. The emergency call came at 1:41 p.m., and four minutes later, ski patrollers were on the scene.

Witnesses directed patrollers to where they thought Conlin would be. The patrollers started searching and found Conlin at 1:59 p.m. At 2 p.m., they assessed him.

Patrick McInerny has been a ski patroller since 1989. He’s an Eagle Scout.

His son was 12 years old at the time and was skiing with Conlin the day Conlin was killed in the in-bounds avalanche.

McInerny was patrolling in Blue Sky Basin when the avalanche report went out over the radio. He called his son, who told him they had hiked up.

McInerny was one of the avalanche investigators and found the GoPro Conlin was wearing on his helmet at the time of his death.

His son was one of Conlin’s close friends. During his testimony, McInerny’s eyes filled with tears as he recounted that day, as did almost everyone else’s in the courtroom.

William Mattison is a ski patroller for Vail Resorts and has been since 1988.

Mattison said that in his 26 years as a ski patroller, he had no knowledge of people climbing up Prima Cornice run from the lower gate. He also said he knows of no ski patroller being asked whether that was OK.

Mattison testified that if he had seen someone doing that, then he would have told them they’re in a closed area and pulled their pass for 30 days.

The upper gate was closed because there was not enough snow to cover the rocks and stumps, Mattison said, and not because of avalanche conditions.

Prior to Jan. 22, 2012, Mattison said he was not aware of anyone hiking uphill from the lower Prima Cornice gate.

“People duck under ropes every day. The question in our minds is why someone would go down through the lower gate, then climb up into a closed area,” Mattison said. “It’s a downhill ski area. There is no need for people to do that.”

Drew Warkentin, ski patroller on Vail Mountain, was the first one on the scene after the avalanche. He also testified that he had no knowledge of people hiking up Prima Cornice.

Ski patroller David LaBelle said patrol operates under the policy that, “Wherever gravity takes the skier is what I deem as safe.”

LaBelle made the decision to close the Prima Cornice upper gate and leave the lower gate open.

LaBelle said if he had thought people would hike up from the lower gate, then he would have closed it.

John Ryan and Matthew Frampton both testified Wednesday, June 13, that it’s common to see people on the ridge on Prima Cornice and making that climb.

Frampton said in a video testimony that skiers make that climb all of the time. 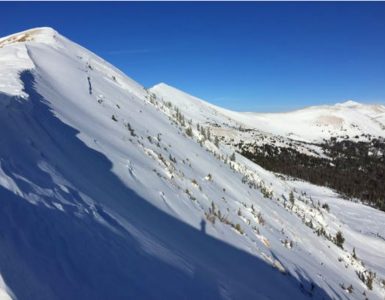 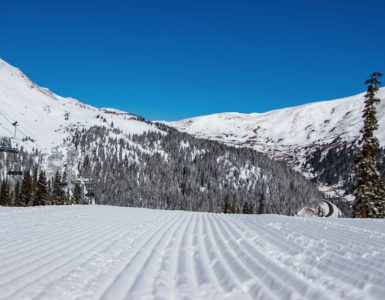