Traveling and Skiing Never Gets Boring 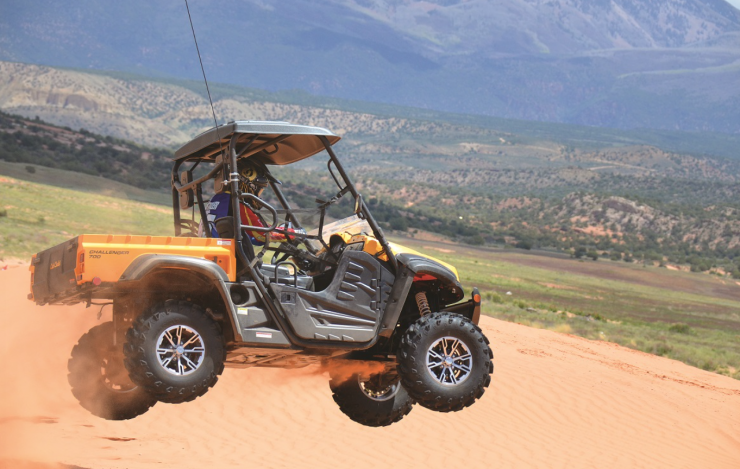 The television screen in the jet, an ASTRA SPX, was indicating that we were at 31,000 feet above sea level, traveling at 543 mph, with 842 miles to our destination. Then the co-pilot came into the cabin and said, “I have good news and bad news. The bad news is that we have fried a generator in the starboard engine. The good news is that we have a spare one in the hangar at Las Vegas and it will only take an hour and half to replace it.”

He proposed an appealing solution: while they changed the generator, we could cruise the strip and have lunch. By the time we were done with lunch, we could be on our way to Bozeman. Best of all, we could now stay overnight and the journalist, Ann Goodwin Sides, and my daughter Chris and I could spend the day skiing at The Yellowstone Club and finish her National Public Radio and Outside magazine stories.

How could I lose? This week-long trip had worked out very nicely for me.

First, I spent five days at Mammoth Mountain skiing on 17 feet of corn snow filming for next year’s feature film. Originally, Dave McCoy and I had planned to make some turns together for the film, but that part of it didn’t work out too well. Dave, who built Mammoth into what it is today, is 88 years old and four weeks before the filming he had taken a horseback ride and the horse bucked him off. His foot got caught in the stirrup and he broke his leg in half. That was a month ago and he is already off of crutches, but is not skiing.

We decided that we would take some shots of us sitting alongside of each other on a snowmobile telling each other lies about the old days. There would be a few shots of me skiing inter-cut with shots of Dave riding his snowmobile and his motorcycle. Dave immediately decided that he wouldn’t wear a crash helmet (even though he should have) because he didn’t want anyone to think that he was using a stunt double.

Dave is eight years older than me and I marveled at his ability to ride a motorcycle across the desert and down a bumpy road. We were filming about a mile or so away from his house in Bishop when his wife Roma showed up on her motorcycle with his crash helmet. Words were exchanged and then the rest of the filming went just fine. Dave still raced across the desert without wearing his crash helmet so our audiences could see that this 88-year-young man was truly the one who was driving the motorcycle.

Dave, who already owns 13 motorcycles and a six-pack of horses, now has a new toy that he calls a Rhino that resembles a golf cart on steroids. It carries two people sitting side by side with what looked like not very strong roll bars. Dave said, “There are no seat belts in case we have to jump out in the event of a potential roll. When I commented on the puny roll bars he said, “I haven’t rolled it yet, so I don’t know how strong they are.”

With that, we set out across the desert headed for a dirt road that looked like it was going up the side of a wall. That hill climb was very interesting and would have challenged every internal combustion vehicle I have ever ridden in that might get us to the top of this mountain. When we got there, the back of the mountain was a lot steeper than the world’s scariest roller coaster. We were just two guys with a total of 168 years between them having more fun than two teenagers on spring break.

So, I went from cruising the desert in the Rhino to cruising the strip a few days later. Once the jet was fixed, we took off from Las Vegas and headed for Montana. I have flown in dozens of different kinds of aircraft since 1943 and I always marvel at how the wings can flop up and down in turbulent air. So far, I have never been on an airplane when a wing fell off in flight and I don’t know of that sort of a mechanical failure, in a commercial aircraft, happening since the early 1930’s.

The rest of the flight was routine, if you consider flying at 543 mph at 31,000 feet in a $20 million airplane with only three passengers on board, routine. I won’t try to describe how we finagled a free ride in a private jet, but it is one of the things that sometimes come along when you are my age.

The pilot of our private jet had flown off of aircraft carriers for 14 years and he needed all of the skills he could muster when we came in for our landing. There was a 33-mph crosswind so he had to lower his right wing within three feet of the tarmac, set the right wheel down and when the rubber met the pavement it snapped that wing up and slammed down the other wheel followed by the nose wheel and finally when he put the thrusters in reverse near the end of the runway, all three of us gave him a round of applause.

I told the pilot when I got off of the airplane, “All I ever ask a pilot to do is to take off and land at the right rate of speed. For this, I thank you.”

My ski trips never seem to bore me.