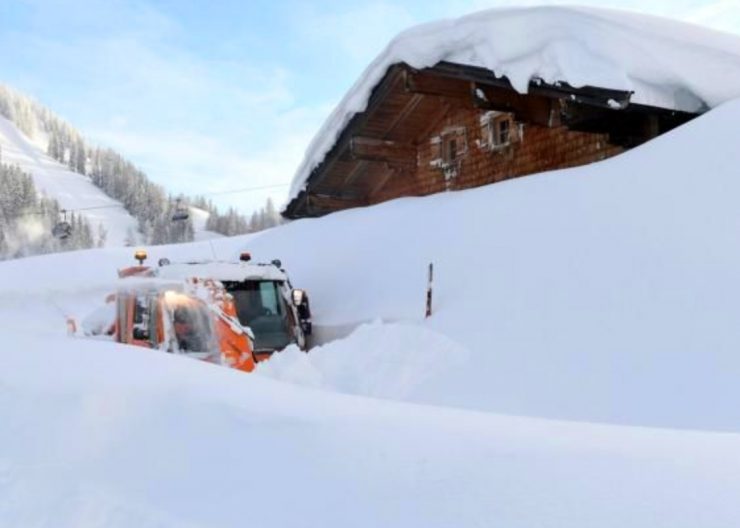 Three German skiers and two ski patrollers have been killed over the weekend in the Alps.

An accident in France and an avalanche in the Austrian Alps brings the number of weather-related deaths in Europe this month to 26 as heavy snow continues to paralyse parts of the continent.

The bodies of the three German men, aged 57, 36 and 32, were recovered on Saturday evening, a few hours after they were reported missing near the ski resort of Lech am Arlberg.

The search for a fourth skier who remains missing had to be called off because of heavy snow and the risk of avalanches, police said.

On Sunday two ski patrollers were also killed when the devices they used to trigger avalanches exploded as they were securing slopes at a ski resort in the French alps.

The high mountain gendarmerie of the Haute-Savoie region said the accident happened on Sunday morning in Morillon before the ski slopes were opened to the public. Police are investigating the scene to determine the cause of the rare accident.

Following heavy snowfall over the past week, the avalanche warning in areas above 2,000m in the Austrian Alps has risen to three on a scale that goes up to five.

The UK Foreign Office has issued a warning to British tourists headed to Austria, noting that continued heavy snowfall since Tuesday could cause heightened risk of avalanches until the end of Sunday.

On Saturday, authorities in Austria used a break in the weather to clear heavy loads of snow from roofs and roads.

Across Austria, Sweden and Germany, ski resorts have been closed and mountain villages shut off after heavy snow blocked transport links and brought down power lines over the past week.

An Australian teenager died after being caught in an avalanche while skiing in St Anton am Arlberg in Austria on Wednesday.

On Thursday, a nine-year-old boy was killed near Munich in Germany when a tree collapsed under the weight of the snow. It was 40 minutes until he was found and emergency services were able to reach him. 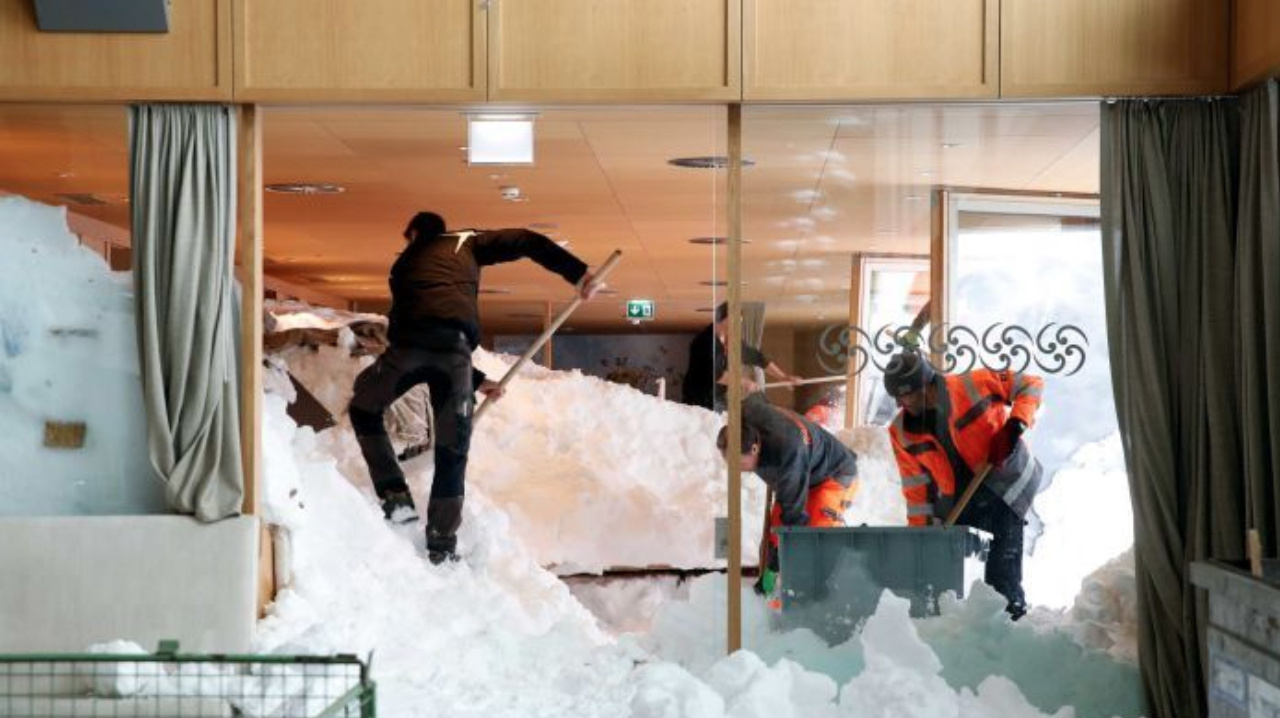 In Switzerland, an avalanche smashed through the windows of the Hotel Saentisin Schwaegalp injuring three people on Friday.

Two snowboarders were killed in an avalanche in Bulgaria’s Pirin mountains on the same day, and a 48-year-old snowplough driver died after falling into a river south of Munich.

The governor of Bavaria in southern Germany said that 5,000 people were involved in responding to the extreme weather conditions in the state.

In Albania, where an electrical worker suffered a fatal heart attack while repairing damaged power lines, around 2,000 soldiers and emergency workers were part of the rescue effort to reach people trapped by snow.

Across Europe, further snowfall is expected until Monday morning and avalanche warnings have been issued for several regions.

At least 26 weather-related deaths have been reported in the continent since the start of the new year.