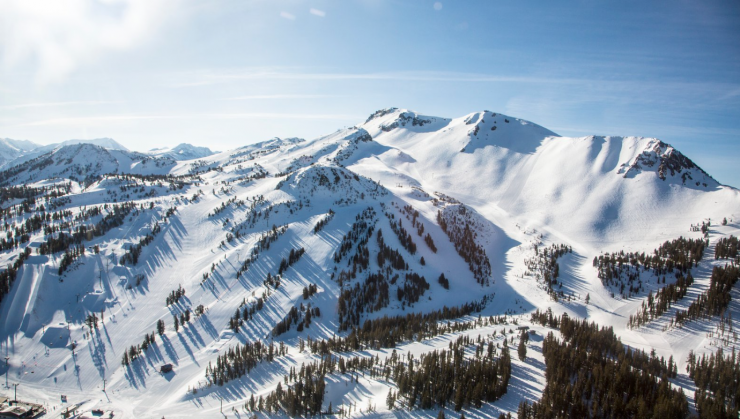 For any of us over the age of 25, the phrase ski school always translated to long, cold days on the mountain teaching beginner skiers how to ski in return for low wages and the highly coveted free season ski pass. Ski school now has a new translation: the College at Mammoth Mountain.

That’s right, Dave McCoy founded a college at Mammoth about 10 years ago. Today the College at Mammoth Mountain boasts a 20,000-square-foot learning center and a 7,000-square-foot administration building on 68 acres. Next spring, they will start construction of student housing for 500 students. If you could go to a college that is five miles from 32 chairlifts and two gondolas, why would you go anywhere else?

What began as an idea in the fertile brain of Dave McCoy is a reality today. With about 1,000 students on computers and another 500 in classes, it is already a success.

The 68 acres that comprise the campus were acquired through land trades that were made by the Southern California Edison Company for a parcel they had on the edge of Mono Lake. This was a long complicated process of buying up isolated sections of private land and then swapping, which took several years to complete.

I recently attended a fundraiser for the College at Mammoth Mountain. Now, this was my kind of fundraiser. We rode the gondola through a cold, black winter night to reach the banquet at Midstation. The silence of this magical ride was broken only by the noise of massive snow guns, shooting snow onto the already generous 4-foot snow pack. This was the first week in December and Mammoth was only one of three American ski resorts with good early snow. We anticipated good fundraising that night and great skiing the next day.

At the banquet, John Fry, former editor of Ski Magazine gave a slide show of the world’s largest collection of ski art that was assembled by Mason Beekley. Mason passed away in August of 2001 and the collection has found a permanent place on the college campus at Mammoth. The current administration headquarters will be remodeled to house the incredible collection. Many people are already asking, “Why Mammoth to house this world famous collection?”

I say, “Why not?” Mammoth is a world-class ski hill with reliable snow for seven or eight months a year. It has 32 lifts and two gondolas, with an annual attendance of over a million skier days. What better place for so many people to see such a complete ski art collection? Imagine, an original book that is dated 1555 and has the first known drawing of a skier, the world’s largest collection of ski pins and over 600 original posters dating back to before the turn of the century.

The museum will become a learning center with the collection of over 1,100 books about skiing. I’m proud to have been part of getting the collection moved to Mammoth and look forward to the Museum opening in the fall of 2003. When you come to visit the museum, be sure and ski the incredible mountain nearby.

The College is a 2-year community college, offering a general education. What better place to get an education? It seems to me students here won’t just learn how to ski better, but how to create a life that supports their recreation habits.

How about skiing every morning until 12:00 and then going to school every afternoon from 1:00 to 5:00? If the snow was bad, you could study in the morning and work at night. Either way, you could help finance your college tuition by working nights at the resort to gain practical experience in resort management to back up the courses that you could be taking in resort management during the day.

Parents, if you don’t think this is a great idea, just think about it this way: if you sent your kids to college at Mammoth, you could visit them on weekends instead of them visiting you with a suitcase full of dirty laundry. Plus, if they go somewhere else, they’re going to ditch school every Friday and Monday to drive to a ski resort for a 4-day weekend. You actually have a better chance of them attending class if the school is right next to the mountain.

I could write a whole book on the creation of the college and the reason for your kids to go there but you can find out all about it here or by phoning 760-934-2875. Tell them that Warren Miller told you to call.

As I have been reminding you for years, “If your kids don’t do it this year, they will be one year older when they do.”