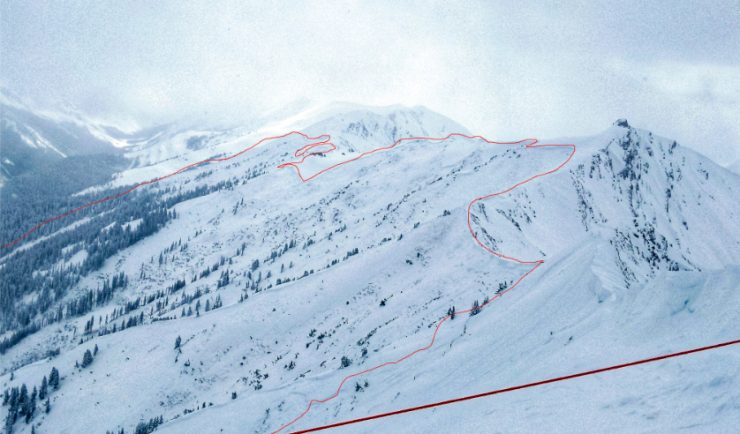 The Colorado Avalanche Information Center reported a historic sized slide near Aspen this past weekend. Colorado has been receiving heavy snowfall causing extreme avalanche conditions. The avalanche’s crown was over a kilometer wide and ran over 1000 metres into the valley below destroying thousands of trees in uts path. 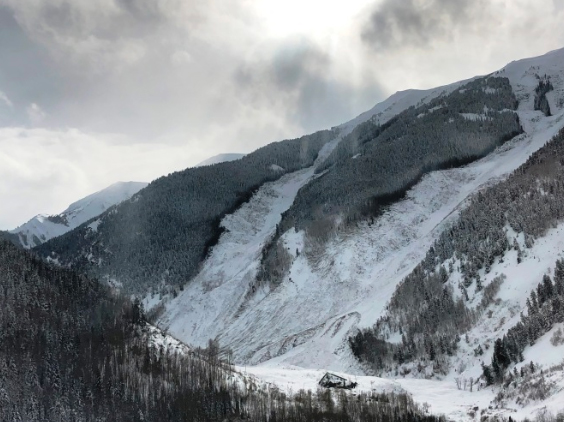 The CAIC Observation report stated, “The Highlands Ridge released naturally. Not a path or two off the ridge but everything from the Five Fingers to the K Chutes. The K Chutes ran as big as I’ve seen them go, and that was just a small portion. ALL of the Five Fingers Ran. While this is multiple start zones that feed multiple feeder paths, they all share a common runout. This all looks like it was one major event with the crown line connecting multiple paths and breaking a mile wide or more. The avalanche ran full path (3000 ft plus) taking out hundreds if not thousands of trees, and and damaged an unoccupied home near Conundrum Creek even though it was protected by defensive structures. The debris ran across the creek and and ran uphill several hundred vertical feet on the opposite side, taking out trees even on the uphill side across the creek. This avalanche terrain is predominantly east-facing, with some slopes facing southeast and some facing northeast. There was also a very large natural avalanche on a northwest facing slope in Maroon Bowl.”

Here is a picture from Aspen Resort, taken by skier Kristen Follweiler Heath, that highlights the avalanche hazard for skiers. Fortunately nobody was in either of these avalanches. Stay safe and be sure to read your avalanche reports in Colorado and in Western Canada. 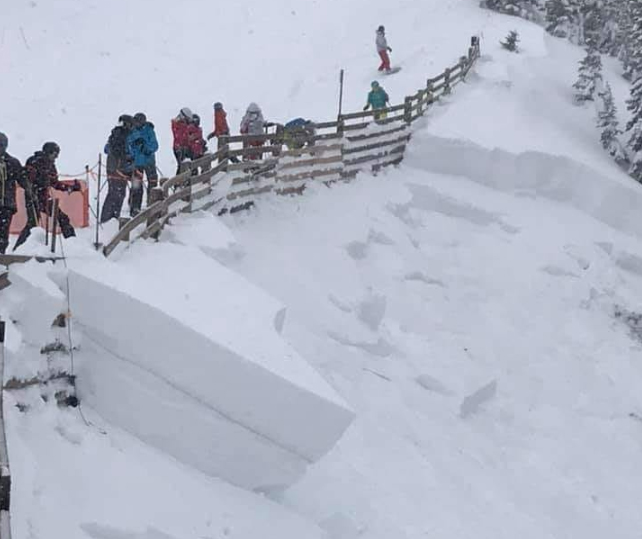