If Only We Could Ski on Mars 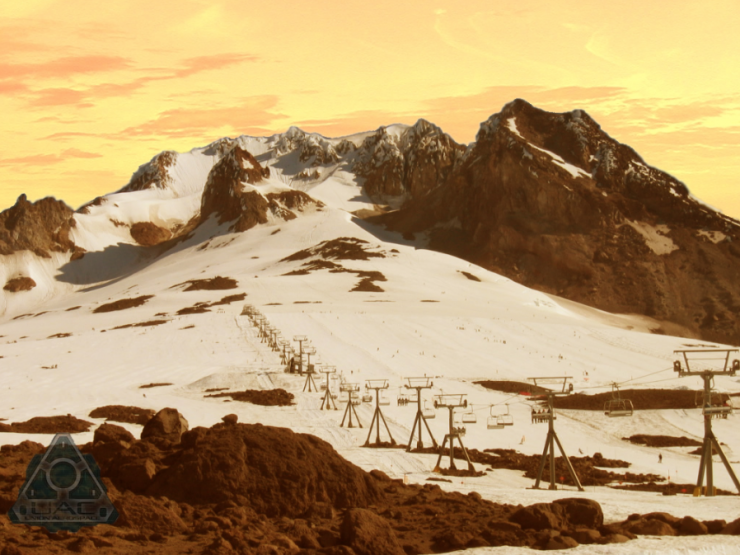 There has been a lot of press about traveling to planet Mars in the near future. (Who knows what near future means since near can be an inch or a light year or two.) The near future in terms of mankind’s exploration has been a long, long time. Now that we know there is snow on Mars–someone will be planning to ski it.

Before we talk about interplanetary exploration, I have just enough knowledge about astrophysics to be dangerous. I took a few courses in college in 1944 from the Director of The Griffith Park Observatory. One of the things we had to do was learn the mathematical equation for the escape velocity necessary for an object to escape from the gravitational pull of the earth. At that time, the equation was fairly complex for me. After our class had our test on the equation, our professor told us, “Now that you know it, you can forget about it because nothing will ever escape earth’s gravity in your lifetime. It will never happen.” How wrong that professor was.

I thought about that equation the night I sat on the beach at San Onofre after a day of surfing. As I gazed up at a full moon, there was a portable TV on the tailgate of the station wagon parked next to me and it was broadcasting pictures of the men walking on the moon. A lot of people still believe that it was filmed on a sound stage in Hollywood because of the somewhat remote mathematical probabilities of so many thousands of component parts functioning properly at the same time. I think the jury is probably still out in some peoples’ minds that the moon landing ever really happened.

Now there could be a mission to Mars in our lifetime? It’s a journey that will take 17 months each way. Once there, the space vehicle would have to stay for a year and a half before Mars was in the right place to begin the return journey.

Maybe we should talk about the cost of the trip. Six hundred billion dollars looks like a lot more money when you print it out than when you spell it out:

In the past, journeys of exploration where often privately financed. Sir Ernest Shackelton’s trip to Antarctica was paid for by private funds. Lewis and Clark knew they would travel through territory that might be able to support their lives in route and it did. On the other hand, whoever flies out to Mars will have to carry enough food, fuel and oxygen for a four-and-half-year trip. Imagine going on a driving trip that lasted that long with four or five people in a motor home with all of your food, fuel and oxygen to last four and a half years. If anything went wrong with your motor home, you would have to fix it while you were still speeding down the highway. Once on Mars, there are no fuel stops, no water, no oxygen, no food, just a pile of rocks.

The first time I spent the winter in the parking lot in Sun Valley, Idaho, my friends in Southern California treated me as though I had gone to the moon and back. When I got back to San Onofre for the next summer of surfing, my friends asked me all sorts of questions such as: “Are there gas stations up there? What about the Indians? Why did they build the resort so far out in the wilderness? What did you do for groceries?” Today, there are scheduled daily airline flights into Sun Valley from several major cities. People have second homes there that cost more than it cost to build the entire ski resort in 1936. 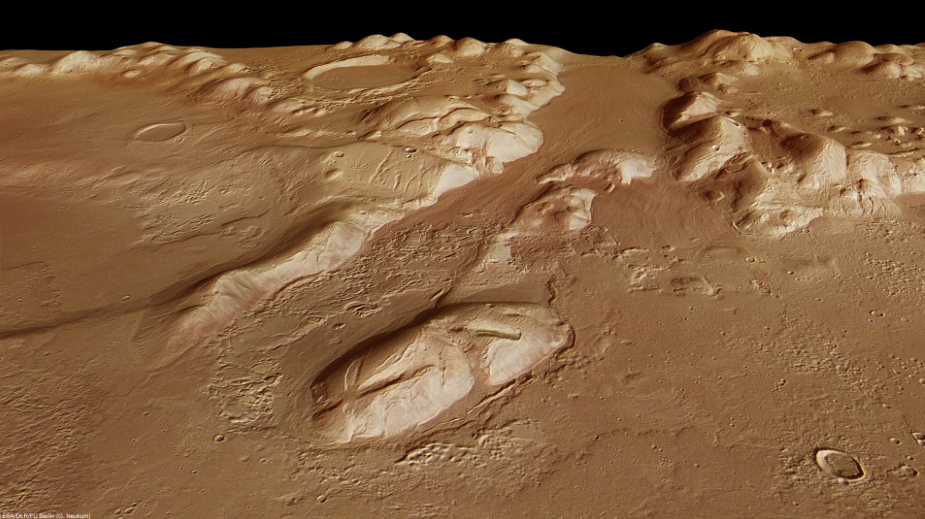 There is always resistance to new ideas and this trip to Mars is not immune from such criticism. A lot of people were wrong when they talked as negatively about skiing as they do today about the trip to Mars, not to mention skiing on Mars. I remember people saying, “Skiing is just a fad and it won’t succeed because it’s too far away, it’s too cold, it’s too dangerous, and it’s too expensive.” It still is all of the above, but skiing has grown from those dozen chairlifts in North America in 1946 to what it is today. Who am I to say that someone won’t fly to and walk in the red Martian dirt in my lifetime?

That escape velocity equation is still exactly the same equation as it was in 1943, but scientists and engineers didn’t pay any attention to what my astrophysics teacher told me, so men have walked on the moon. Maybe if that same amount of money was spent on ____________________ (you fill in the blank), the world would be better off than spending $600,000,000,000 sending people to Mars.

What if they got there and were driving around and got a flat tire and had to walk back to their space vehicle and missed the chance to come back to earth in the allotted time slot? They would have to wait another year and a half before they could try to fly back the next time.

Like a lot of discoveries in science today, Mars has a slot on my priority schedule a long way behind cures for the flu and the common cold. Better they spend the money working on a device that can turn hard packed bumps into nice powder snow while you are waiting for your table at your favorite ski resort feeding trough. In my mind, an even more important project would be a device that will let you escape from your high velocity work schedule and go skiing more often.