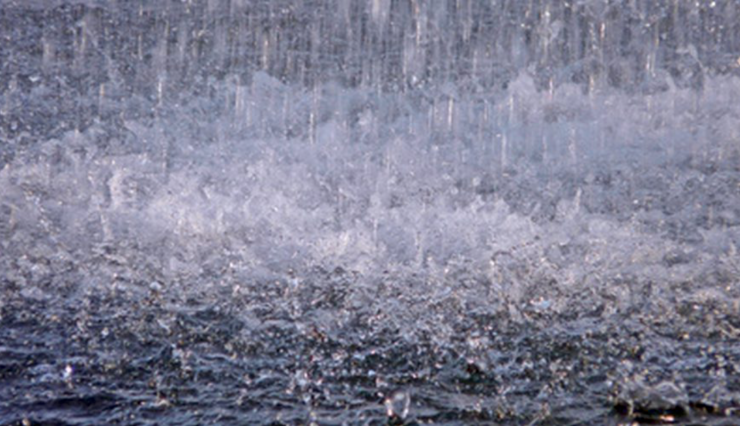 The rain is coming down hard, heavy, horizontal and very loud. It is that same time every autumn when there is a race to see who can offer the first skiing for yet another winter. Since Arapahoe Basin is at the highest altitude and with a large man-made snow making machinery in place, it is nearly always the first each year. (It is also where anyone who skis there over the age of sixty needs to have an oxygen bottle in his or her rucksack in order to not die of oxygen deprivation.) Red Lodge in Montana received thirty inches of snow from out of the sky, instead of hoses, on October 12th this year.

Now that the higher altitude, northern resorts can blast man-made snow earlier and earlier in October, the people who live within driving range of them can get a couple of extra weeks of bragging rights. I have a grandson who is seventeen years old and lives in Boulder. When I talked with him on Monday, he said some of his friends are going up a few days early and camping out in the chairlift line so they can really have bragging rights for the first 100 riders. Youth. I’m not totally sure I miss it!

But there is nothing wrong with that because those bragging rights mean that they will have that many more hours, days, or weeks of freedom notched in their individual log books.

There was a time, in the 90s, when I would have been near the head of that line, and that fire in the belly for me is still there after all of these years because I know what I’m looking forward to.

Another reason was that I was financially a doofus and never worried that I was always out of money, but I was always able to cobble the money together that was necessary to buy transportation up the side of a ski hill, even though rope tows were only $2.50 a day.

I know that a lot of people are visiting gymnasiums this time of the year so when the snow does come, they will be in good enough shape to enjoy that first day of freedom on their skis. By now, in October, you either have or have not gotten out your last season’s equipment and made a decision whether or not you can make another season full of fun and frolic on the snow on them. Or, will your deep seated psychosis make you visit your favorite bank to take out a mortgage on your car or house so you can buy all of the newest and the latest? If you think it will make your turns more fun, then go for it. You can’t take it with you and you can’t go anywhere without it. That is about the best advice I can give you in your quest for untracked powder snow!

All you hear or read about today are studies about stuff. I wonder if anyone has ever done a study on how many hours are wasted by skiers sitting in front of their computers and phones texting back and forth with all of the new tools, overloading on useless information. The only thing that really matters is that skiing has never changed. However, everything surrounding it has changed a lot. Condominiums, big time ski lifts, and more expensive, 10% faster goodies than a person needs in a lifetime, much less during a week at your ‘Powder Paradise’ resort.

Many years ago, I had to ride my bicycle to the sporting goods store on Hollywood Boulevard and go way in the back of the store so I could see written in chalk on a blackboard what the snow was like at the only chairlift in Southern California (one of only two in California at the time). That is if the owner of the resort remembered to phone the ski shop and tell them it had snowed.

I know that a lot of people get stoked on going skiing by watching a ski movie in the autumn, some of which still bear my name. As most readers know, for the last six years, I have had nothing to do with the ski films with my name on them. There are fortunately some things that cannot be changed and my old ski films are still hanging around, unchanged, after having been copied from 16mm film to Beta and VHS tapes and then to DVDs, and now to computers and social networking options for free. I am happy that there are still some of them around in various forms of computer stuff that are all about fun and games on the side of a hill. It’s something hard for me to believe that I even earned a living doing such a thing as traveling all over the world with my skis and camera at the fall of a snowflake. It was the perfect job then, and I still have the perfect job as I sit here in my office in my home on a small island in the Pacific Northwest and look forward to going to Montana to once again spend the winter on the side of a hill.

Unfortunately, for me, right now my skis, boots, and poles are in my garage in Montana and so I can’t get them out and at least do a few kick turns on the grass in front of my house to make sure I can still do one. Why don’t you put your boots and skis on and do the same thing in your backyard? It sounds silly but a lot of the stuff we do on skis is really silly. On the other hand, you might enjoy the feeling of buckling on those boots you just could not live without a week ago. Why not wear them while you are making your winter reservations and buying your season passes? Do you really care if your neighbors see you making kick turns on your skis in the dark? They know already that you and your family are certifiably weird or else you would go to Florida and play golf with the other members of your bowling league.

In the meantime, that rain that is falling horizontal is falling in snowflakes at a higher altitude, so all I have to do is go to that altitude and try out my new equipment that I just paid for with my latest bank loan. This storm should be over Montana, Idaho, and Colorado by Halloween, if not sooner. So it is catch-up time for anyone who will ski this winter.

Be sure and wear your yellow slicker if you do your kick-turns in the back yard while it is still raining.

A final warning, years ago a friend of mine was doing kick-turns on his newly-mowed back yard lawn. He still had last spring’s wax on his skis and the skis got heavier with each kick-turn. He thought he was really out of shape, but it was that his spring wax had four pounds of mowed, cut grass stuck to the bottom of each ski.