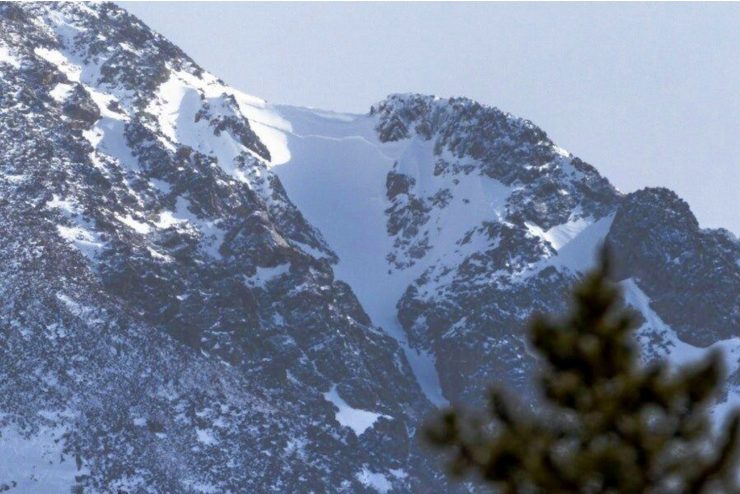 The Colorado Avalanche Information Center has recorded 2768 avalanches in the state so far this year. Avalanche deaths this snow season have tied the 1992-1993 season as the deadliest in 100 years.

Unfortunately the avalanche hazard continues and people are out there testing the stability.

Two backcountry tourers are lucky to be alive after getting caught in an avalanche on a steep slope this Thursday in Colorado.

The CAIC says the slide was triggered ten feet above the pair while the two were climbing up a couloir in the Gore Range of Summit County (photo above). The slide carried one of the backcountry tourers 1,000 feet down the couloir.

Luckily, both skiers escaped without injury. The two were able to make their way back to the trailhead on their own.

“These skiers were lucky,” Summit County Rescue Group stated following the incident. “The next ones may not be.”

“If you think that you can treat extreme terrain like you did last weekend (when the danger was low), you may get surprised,” the CAIC warned. “Conditions have changed in the last seven days as recent winds redistributed new snow. Adjust your travel plans to the conditions.”

Check your local conditions before heading out for some spring adventure.