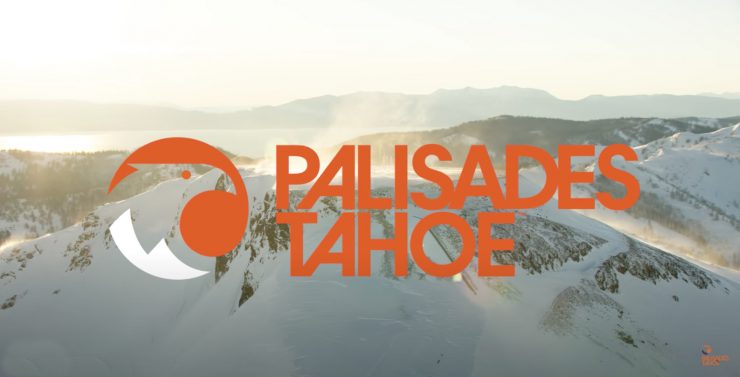 After a year of in-depth research and discovery, Squaw Valley has changed its name to Palisades Tahoe, a nod to the sheer granite faces and chutes that compose some of the mountains’ more extreme terrain.

In August 2020, the resort committed to eliminating the word “squaw” from its name. The term had been part of the resort’s identity since it was founded in 1949 but is now widely considered a racist and sexist slur against Indigenous women.

The change brings both mountains of the resort together under one unified name. The resort will begin implementing the new resort name and branding immediately, but expects the full changeover to be a multi-year process.

“This name change reflects who we are as a ski resort and community—we have a reputation for being progressive and boundary-breaking when it comes to feats of skiing and snowboarding,” said Palisades Tahoe president and COO Dee Byrne. “We have proven that those values go beyond the snow for us.”

The resort team conducted numerous surveys—collecting more than 3,000 responses—and convened focus groups consisting of various stakeholders. They looked at the history of the Washoe Tribe, whose ancestral lands were in Olympic Valley, to extreme ski movies that featured the resort, to the spectrum of feedback on the name change decision.

“We were compelled to change the name because it’s the right thing to do, especially for the generations yet to come, who will grow up without having to use a slur to identify the place where they chase their dreams down the mountain,” said Ron Cohen, former president and COO of Palisades Tahoe. “We spent more than a year making sure that we were doing right by the community in choosing a name that would honor the past and reach out to the future.”

Palisades Tahoe is building a partnership with the Washoe Tribe of Nevada and California to educate the public about the tribe’s culture and the valley’s origins as the ancestral land of the Washoe Tribe, and to ensure mountain accessibility for present and future Washoe generations. The resort now hosts cultural tours and will install a Washoe exhibit at High Camp mid-mountain lodge. The groups are also exploring future programming centered on making skiing more accessible to Washoe Tribe members.

The resort name change has led to other name changes within the resort. The base area village on the Olympic Valley side will now be known as The Village at Palisades Tahoe; new names for the Squaw One and Squaw Creek chairlifts will be selected with input by the Washoe Tribe, Resort at Squaw Creek, and the public. Palisades Tahoe leaders continue to assist other local businesses who are interested in changing their names, and the Washoe Tribe is leading the efforts to rename Squaw Peak and Squaw Creek.