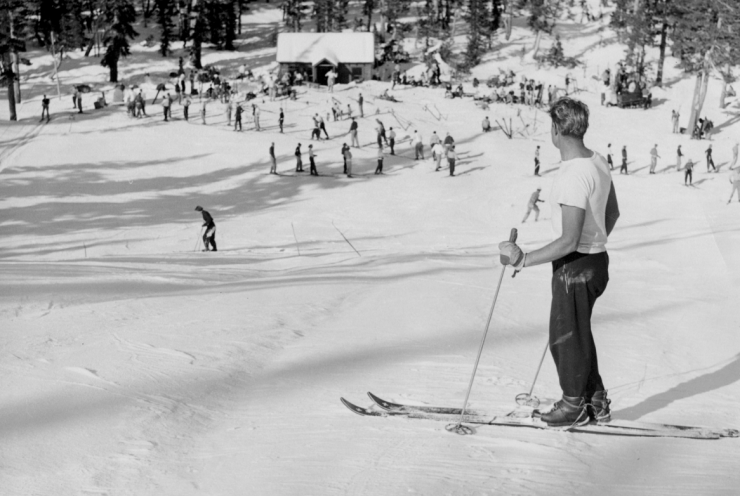 I first met Dave McCoy in 1948 when I was racing in the Far West Ski Association Championships at Mt. Rose. He was the racer that everyone was talking about and he was the only person that beat me in the race. That started a friendship that continues to this day.

In 1941, Dave borrowed $85 against his Harley-Davidson motorcycle to buy a portable rope tow, which he often set up on Mammoth Mountain. Since then, he has parlayed that loan into a successful ski resort with 27 chairlifts and over 1.4 million skiers every winter.

I spoke with Dave recently because I had heard a rumor that his mountain was for sale. (Yes, “his” mountain. Make no mistake about it, Mammoth always has been and always will be Dave McCoy’s mountain, no matter who buys it.) I figured I should go straight to the source to confirm whether the rumor was true. It is. 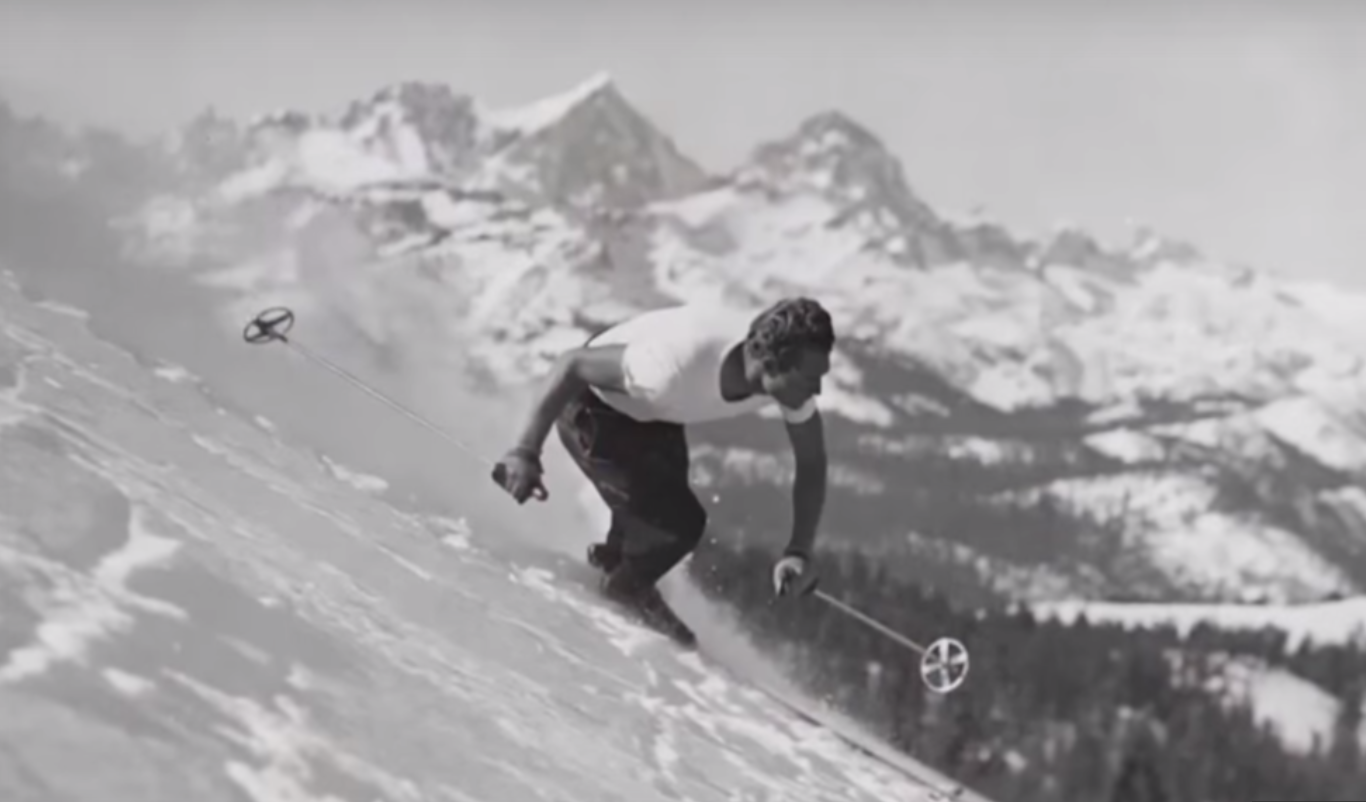 At the age of 89, Dave has finally slowed down. Although, I don’t think he’s slowed down all that much. Just before I spoke with him, he and his wife, Roma, had been out for a long ride in their Rhino, which is a golf cart on steroids. He said, “The mountain just got another 18 inches of snow last night on top of a 21-foot base, but we are only reporting 14 feet so we won’t scare anyone away.”

Most old-timers know that Dave McCoy and Mammoth Mountain are inseparable. I’m not sure one could exist without the other. When Dave first began hauling his portable rope tow up to Mammoth, there were fewer than a dozen people living there. There were no fire or police departments, no schools, and no hospitals. The Mammoth Tavern only had accommodations for less than 40 people at the time. In contrast, on some weekends today, over 25,000 people will drive the 350 miles from Los Angeles to enjoy Dave’s abundant snow and many lifts.

In 1950, I showed up at Mammoth in my red Chevy panel delivery truck that I was living in at the time. I had four passengers who had had bought my gas so they could ride up in the back of my truck. When it was snowing in the campground, my passengers would sleep under the picnic tables; if the stars were out, they would sleep on top of the tables. I always had a bed in my truck so I never had a problem finding a place to sleep.

That was the first of many winters that I pointed my cameras at Dave’s mountain. It was not easy to make a long ski action sequence on two rope tows. Dave always skied and worked in what became his signature white t-shirt, no matter the temperature. He stayed busy splicing the rope whenever it broke or riding up to refuel the engines every couple of hours. (He would hang onto the rope with one hand and a five-gallon can of gas with the other.) When he wasn’t busy with those chores, he was skiing for my camera.

In 1950, Base Lodge One was less than 200 square feet. Hot dogs were cooked on a Coleman stove and the unisex toilet was as cold as the snow it was parked on top of. When the Forest Service put out bids to build the first chairlift at Mammoth, no one bid on it because they all claimed that Mammoth got too much snow to ever be a success. Finally, the Forest Service awarded the permit to Dave in 1953. Years later when Dave built the second base lodge facility of about 100,000 square feet, he said, “Let’s just call it Base Lodge Two.”

But at the age of 89, Dave has decided to sell Mammoth while he and Roma are still sound of mind, body and spirit. The entire resort should fetch in excess of $250 million; however, there are a couple of strings attached to the sale. Dave wants to make sure that the new owner maintains the sense of harmony he has built over the past 60 years between the resort, guests, employees and the town. Dave has played a unique part in the ski resort industry and he is appreciated by his thousands of employees and the hundreds of thousands of people whose lives have been changed by his unique approach to making skiers happy.

What is next for Mammoth? I would guess that every ski resort owner in the world would like to buy this crown jewel of American ski resorts. It has a season that almost always starts before the middle of November and continues until sometime in June or July. It is as if Dave McCoy himself is a gigantic snow magnet.

When you go skiing, you want to know there is snow where you are going, that the lifts will be running and that every employee will greet you with a big smile. Mammoth is just that place, thanks to Dave McCoy. It will always be Dave McCoy’s mountain. My only hope is that the soul of Mammoth won’t change when someone else buys it.