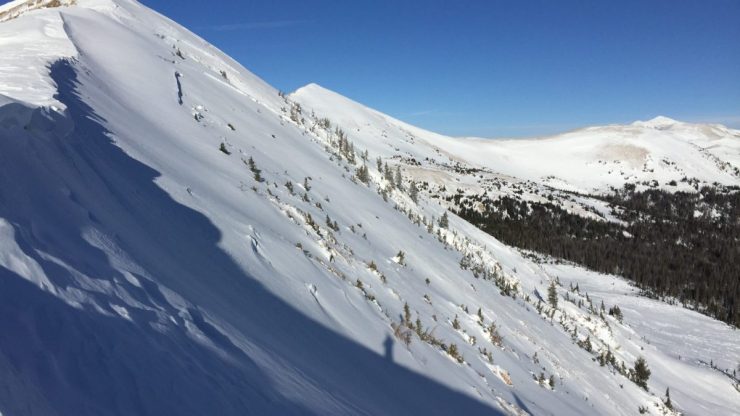 A backcountry skier died on Christmas Eve after being fully buried in an avalanche. The person was skiing near Cameron Pass in Colorado’s Rocky Mountains.

A backcountry ski tourer was caught, buried and killed on Christmas Eve in an avalanche near Cameron Pass in the Front Range zone of Colorado. Search and Rescue personnel worked well into the evening to recover the victim.

The Colorado Avalanche Info Centre expressed their deepest condolences to the friends, family, and everyone affected by this tragic accident.

The avalanche danger is HIGH (Level 4 of 5) across much of Colorado. Be very careful if you are traveling in the mountains over the next few days.

While it was the state’s first avalanche death of the season, a number of skiers have already died in backcountry or resort accidents this year in the U.S.A. and Canada. Last winter, 12 people died in Colorado’s backcountry, the most in over a decade.

Investigators say Friday’s avalanche was about 50 metres wide and occurred at 2 p.m. on the southeast end of South Diamond Peak. “The victim’s partner was able to locate him with a transceiver and probe pole and extricate him from the snow, but he did not survive,” the CAIC said in a news release Saturday.

Ethan Greene, the director of CAIC, said that skiers should understand conditions and avoid getting caught in an avalanche in the first place. “What everybody has in common is that desire to really experience the mountains in kind of a raw and ungroomed, unkempt manner,” Greene said. “Unfortunately, once you get caught, you just don’t have that many options. Your chance of survival drops precipitously.”

Just last week, a snowboarder died in a closed area at SilverStar Resort, and prior to that, a man died skiing at Crystal Mountain in Washington. The first backcountry ski death of the season in Canada was on Nov. 27 when a snowmobiler lost their life in a B.C avalanche, read more about the incident here. This is the third ski death in Colorado this year, as a 72-year-old Boulder skier died on Nov. 30 in a crash with a snowboarder, shortly after a 60-year-old man died in the same ski area after hitting a tree.

Always check the avalanche conditions before hitting the backcountry.

Ben from the Sawtooth Avalanche Centre describes the hazard: