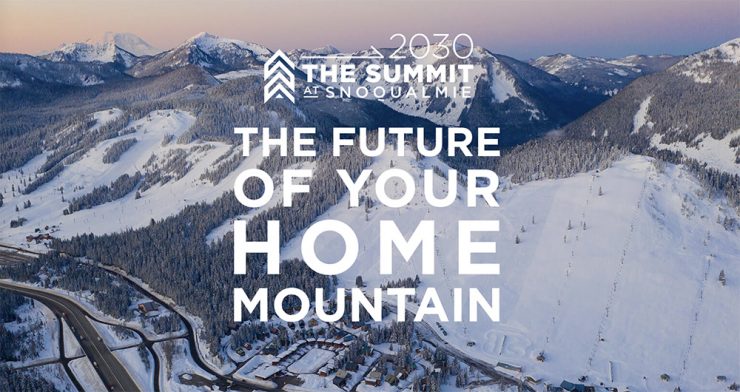 Summit at Snoqualmie in Washington released their trail forward 2030 plan of investing in the future of their mountain.

They wrote, “Summit 2030 is our vision for the future of your home mountain. Our trail forward is designed for our local outdoor community, those that call Washington home and share their love of playing in the mountains with friends and family. It’s a plan built to enhance the experience from Summit East to the top of Alpental, to provide outdoor fun across seasons, to make your escape even easier and more convenient, and to ensure responsible growth no matter the type.”

The Summit at Snoqualmie is four ski areas stapled together with 25 lifts sprawling hard along Interstate 90 just 51 miles from near-snowless downtown Seattle. Two thousand acres and 426 inches of snow per season – one inch, it can seem, for each million skiers that descend upon this frenetic mountain archipelago, the second-largest of nine Boyne Resorts tied to the Ikon Pass.

Summit sketched out its “Trail Forward” 2030, a comprehensive master plan that will modernize the resort with Radio-frequency identification (RFID), eight new or upgraded chairlifts, snowmaking and a new lodge at Central, and extensive summer operations.

Here are some highlights:

Alpental will get three new Doppelmayr triple chairs. One will replace Edelweiss, an ancient Riblet double that dates to the ski area’s founding in 1967. A second triple, with carpet-loading, will replace Sessel, an out-of-base double of the same vintage, but will land slightly higher on the mountain to make way for the third triple: a long-awaited lift rising approximately 1,300 vertical feet up International. The International chair will likely also have a carpet-load, but Edelweiss will not. Alpental will also add chairs to the Armstrong express quad this summer, amping up capacity by 20 percent.

Over at Summit East, the ski area has already demolished the Hidden Valley double – a 1974 Riblet that had already been moved once, from Keechelus – to make way for a carpet-loaded Doppelmayr triple ahead of the 2022-23 ski season.

Changes will be more extensive at Summit Central, where a snowmaking system will eventually cover several trails from top to bottom. The resort will pave the Silver Fir parking lot and half of the main Central parking lot this summer. A massive new lodge will come online within the next several years, and the ski area will overhaul its out-of-base alpha lifts. The resort will upgrade Central Express to another high-speed lift of yet-to-be-determined capacity and move the base station slightly looker’s left to make way for an upgraded Triple 60, which currently loads higher on the mountain. Summit will replace Triple 60, a 1983 CTEC triple, with a high-speed quad (quite possibly a refurbished Central Express) that will load adjacent to Central Express and terminate approximately where the current lift does.

Over at Summit West, the resort will upgrade Pacific Crest – a 1997 fixed-grip quad that is the area’s main out-of-base mover – with another TBD high-speed detachable lift. The current Pacific Crest lift will likely move over to Wildside – currently a 1974 Riblet triple – in a new alignment that will provide easier access from the parking lot and streamline movement around the ski area.

RFID tickets will replace wicket tickets resort-wide starting next season, and a new, Aspenware-powered online store will displace the current system. The resort will focus summer operations at Central, where a six-trail bike park will come online this year. An alpine coaster is also inbound, along with scenic lift rides, disc golf, live music, and hiking.

Summit’s 2030 plan, once fully implemented, will transform the mountain into a modern ski resort, able to better guarantee an early season in the fickle Northwest and move skiers up and around its vast areas. It will reduce a fleet of what was at one time as many as 20 lifts from the defunct Riblet company to just a half dozen or fewer, and should considerably streamline the top-to-bottom and purchase-to-slopeside experiences at all four ski areas.

The astute resort owners understand the importance of capital investment and customer service! 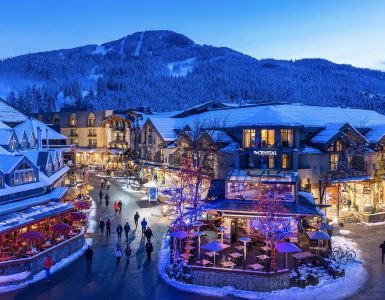