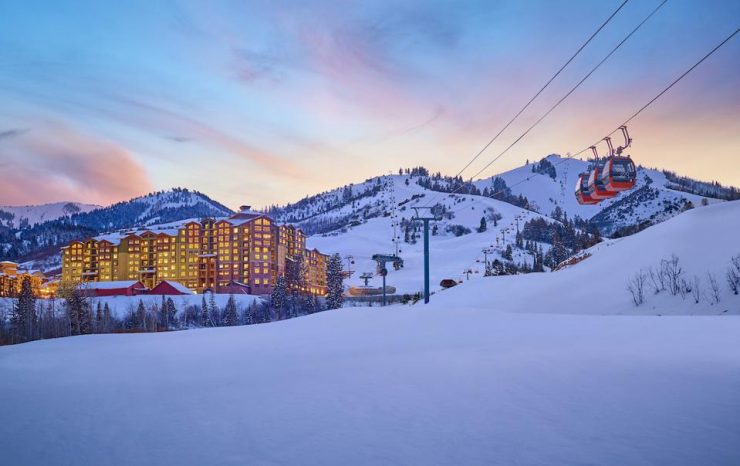 The Park City Planning Commission granted an appeal of a previous decision to approve two Park City Mountain (PCM) lift upgrades in a 3-1 vote on Wednesday night, effectively blocking the projects until 2023.

The upgrades were appealed on the basis that the proposed eight-place and six-place chairs were not consistent with the 1998 development agreement that governs the resort. The planning commission also cited the need for a more thorough review of the resort’s comfortable carrying capacity calculations and parking mitigation plan, finding PCM’s proposed paid parking plan at the Mountain Village insufficient.

The parking plan was submitted with the application, and among the 19 conditions for the application’s initial approval were requirements for PCM to meet with city planning staff biannually to discuss parking and to reinvest net proceeds from paid parking toward public transit and traffic mitigation, according to a report by Town Lift.

In a statement Wednesday night, PCM vice president and chief operating officer Deirdra Walsh said, “As the country’s largest resort, Park City Mountain has 41 lifts—our goal is to upgrade two of them, with the purpose of reducing wait times in two popular spots and helping guests move up and around the mountain more easily … we are deeply disappointed that the City is now blocking that investment at the last minute.

“We are considering our options and next steps based on today’s disappointing decision—but one thing is clear—we will not be able to move forward with these two lift upgrades for the 22-23 winter season,” she said.

On Twitter, PCM further contested the planning commission’s capacity concerns, writing: “Chairlift tourism, or the idea that modernizing lifts will draw more crowds, does not exist. Skiers and riders just want to spend more time on our vast terrain and less time in line.”

The new lifts were part of the Epic Lift Upgrade, which will see 21 chairlifts installed across 14 Vail Resorts ski areas. The new six-pack would have replaced two existing lifts and featured a mid-station for unloading. The eight-place lift would have been the first of its size constructed by Vail Resorts. Both were slated to be Doppelmayr detachables.

According to Liftblog.com, while some preliminary construction for the new lifts was underway, concern regarding the appeal kept Doppelmayr and PCM from removing the outgoing lifts, which will now remain in service.