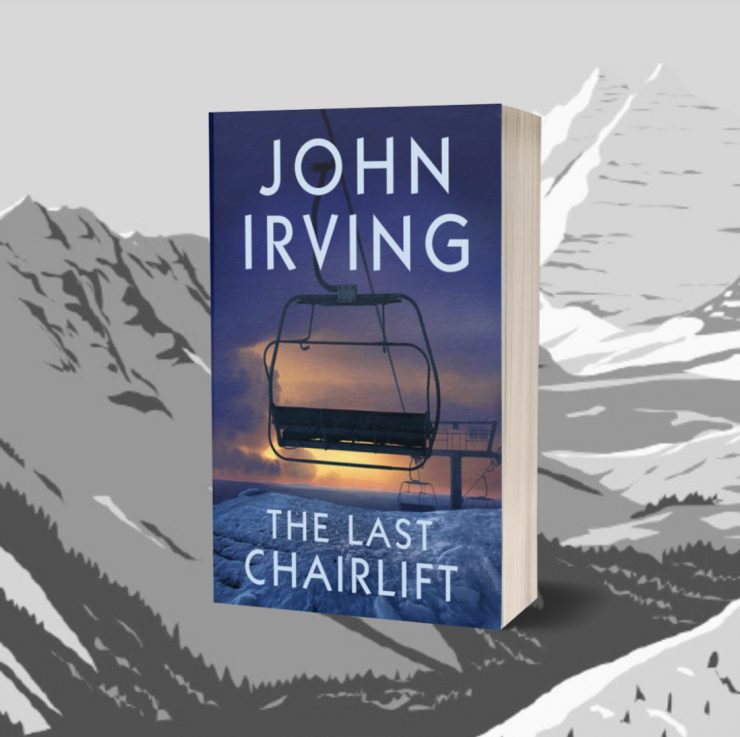 One of the world’s greatest novelists returns with his first novel in seven years—a ghost story and a love story, spanning eight decades of sexual politics.

John Irving has written some of the most acclaimed books of our time—among them, The World According to Garp, The Cider House Rules, A Prayer for Owen Meany, and A Widow for One Year. TIME magazine describes his work as “epic and extraordinary and controversial and sexually brave.” Now Irving has written what he calls his last long novel—only shorter ones ahead.

In Aspen, Colorado, in 1941, Rachel Brewster is a slalom skier at the National Downhill and Slalom Championships. Little Ray, as she is called, finishes nowhere near the podium, but she manages to get pregnant. Back home, in New England, Little Ray becomes a ski instructor. Her son, Adam, grows up in a family that defies conventions and evades questions concerning the eventful past. Years later, looking for answers, Adam will go to Aspen. In the Hotel Jerome, where he was conceived, Adam will meet some ghosts; they aren’t the first or the last ghosts he sees.

If you’ve never read a John Irving novel, you’ll be captivated by storytelling that is tragic and comic, embodied by characters you’ll remember long after you’ve finished their story. If you have read John Irving before, you’ll rediscover the themes that made him a bard of alternative families—a visionary voice on the subject of sexual freedom. The author’s favourite tropes are here, but this meticulously plotted novel has powerful twists in store for readers.

The Last Chairlift breaks new artistic ground for Irving, who has been called “among the very best storytellers at work today” (The Philadelphia Inquirer); “the American Balzac” (The Nation); “a pop star of literature, beloved by all generations” (Süddeutsche Zeitung, Munich); and “the voice of social justice and compassion in contemporary American literature” (The Globe and Mail). With The Last Chairlift, readers will once again be in John Irving’s thrall.