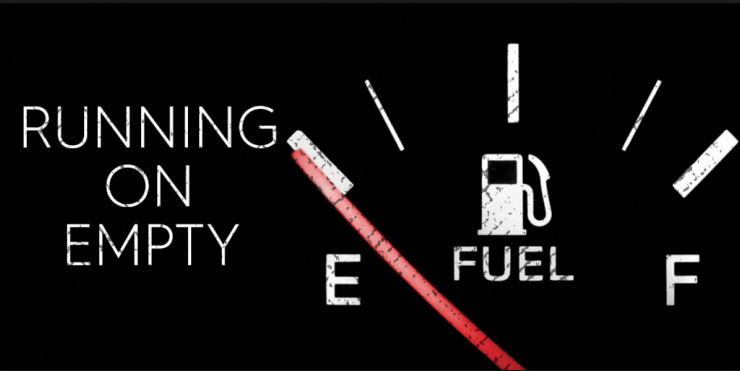 Last night, we visited our friends on a nearby island for a relaxing evening of good food and great conversation. As we walked down to their dock after dinner, we had the perfect ending to the evening: about 243 gazillion stars covered the sky.

The sky is so clear where we live that you can look up and see satellites blazing across the night sky like pre-programmed shooting stars. The effect was compounded by the fact that our friend Mike had recently had a dock debacle, so we were enveloped in total darkness. He had accidentally ripped out the light stanchion on his dock when he drove his boat away without unplugging the electrical cord. Of course, only in this moment, could we appreciate that sometimes when things go “wrong”, they produce something even better. In this case, that something better was our ability to see the perfect night sky as a result of the dock darkness.

The tide was very low, so it was a steep, cautious, hang-onto-the-railing walk down to the ramp. Our small boat started quickly, as it always does, and we said our goodbyes and headed out around the north end of Double Island. The inside route, while shorter, is a little dangerous at night because at low tide, there are a couple of rocks that will rip the propeller right off your boat. With that kind of bad luck, I usually have some good luck because I would be able to walk ashore while towing my boat in about a foot of ice-cold water.

As we turned east and then south again, the constellation of Orion was visible halfway towards its zenith. When Orion is this high in the sky, you know the ski lifts will be starting soon.

It’s dangerous to drive a boat very fast in the dark, even with a spotlight on the front. I have the necessary spotlight on our boat, but it quit working in August, so I drive with a flashlight in my left hand and lean way outside of the cabin, especially when my windshield is as dirty as it was last night.

The water was so glassy and inky black that as I looked down at it, there was Orion reflected in it. It was one of those defining moments in life when you get to see something so unusual and so beautiful.

That defining moment became even more defining when the engine coughed a couple of times and stopped.

“I asked you to fill up the gas tank three days ago,” Laurie promptly reminded me. Running on empty is a bad habit I have had ever since World War Two during gas rationing. Unfortunately, when you’re in a boat, you can’t coast downhill to the next gas station.

I wasn’t too worried because I have a spare, five-horsepower outboard motor that I can mount on the transom in situations like this. If the tide is not running against me, I can make our boat go almost four mph.

It takes about 10 minutes to get the spare motor rigged and the premix gasoline pumped into the engine. After about 413 tugs on the non-automatic starter rope, the engine finally coughed to life.

Sitting on the transom to run the outboard, I was immediately hypnotized by the Milky Way and the gazillions of stars and other stuff covering the night sky. As we inched along against the tide, I thought about how insignificant we really are. The Milky Way galaxy is 100,000 light years wide. Light travels at 186,000 miles per second, so a light year is 5,880 billion miles. Multiply that by 100,000 and that’s how large in diameter the milky way is. If we had an engine that could power us at the speed of light, it would take 100,000 years for us to travel from one side of the Milky Way to the other.

With all of those numbers rattling around in my brain from when I studied astrophysics in college so many years ago, I still marvel that exactly the right amount of everything came into focus at some point in time and here I am today still lurching along at 2 mph.

We finally got around the point and Orion was over my left shoulder and it was still reflected in the black-as-night water. About half a mile ahead of us, the light on the end of our dock was a very welcome sight. I had not told Laurie that I hadn’t checked the gas tank for the outboard since last July and it felt almost empty when I hooked it up.

Last night, I guess luck was on my side. As we were tying up the boat for the night, the outboard coughed and died for lack of gas. Sometimes just the right factors conspire against us or for us, depending on how you want to look at it. I’m glad that I was slowed down just enough to appreciate the night sky, but not so much to require a hypothermic swim to shore.