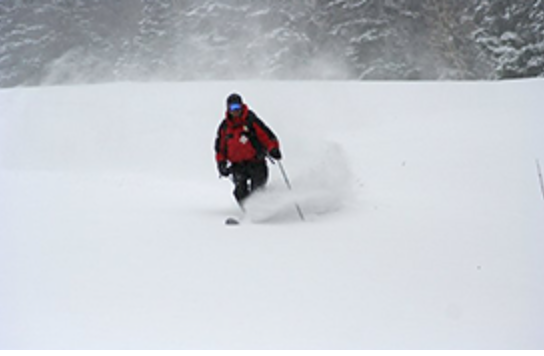 By a narrow margin, ski patrollers at Park City voted on Monday to unionize. The preliminary tally was 97-94.

The vote means all of the nearly 200 patrollers at the resort—comprising both the Park City base area and Canyons Village base area—will be joining the United Professional Ski Patrols of America, a union chapter that also includes patrollers from Colorado ski areas Telluride Ski Resort, Crested Butte Mountain Resort and Steamboat Ski Resort.

Before Vail Resorts merged Park City Mountain Resort and Canyons Resort into one property, the Canyons’ ski patrol had been unionized for 15 years; their counterparts at PCMR were not. The Canyons Professional Ski Patrol Association was not able to reach a new contract with Vail Resorts, and the two patrols were merged into one entity, putting into question the union’s future.

Members from the association then filed a petition with the National Labor Relations Board, and that led to Monday’s vote on whether to form a new union comprising all patrollers at PCMR.

Not all of the former PCMR patrollers were in support of the idea of forming a union, as the narrow margin of approval shows.

Vail Resorts shared that sentiment, making it clear that it thought a union was not in the best interest of everyone involved. However, Bill Rock, chief operating officer of Park City, said the company is ready to negotiate with the new union when its bargaining team is formed.

“Our job through the whole process was to inform our team about the decision they were going to make,” he said. “I think we’ve made it clear from the beginning that we respected their right to vote for union representation. We knew there were two pretty sizable camps, but now we’re prepared to move forward in this new environment and bargain in good faith.”

Patroller Pete Earle, who served as the president of the Canyons Professional Ski Patrol Association, said in a prepared statement Tuesday morning: “We want what is best for our patrollers, the resort’s guests and Park City—and we believe that having the Association and our members at the table ultimately will result in a better experience for patrollers and guests alike.”