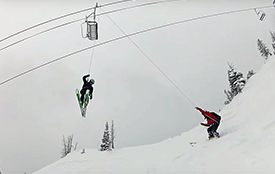 A carrier traveling on the downhill side of Heavenly Mountain Resort’s North Bowl chairlift detached from the haul rope and fell to the ground on Sunday, Jan. 3 at 10:58 a.m. PST. A total of 65 passengers were taking the lift up, and were evacuated by ski patrol after the lift shut down due to the malfunction. 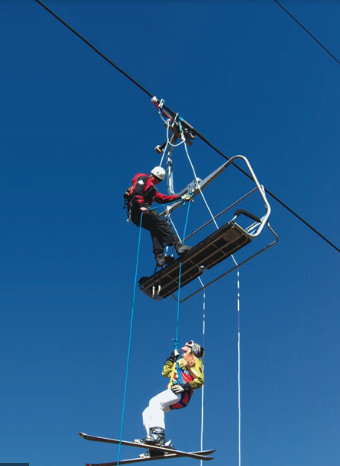 The North Bowl lift is a 1984 Riblet fixed-grip triple with insert clips.

The evacuation took about two hours, according to resort spokesperson Kevin Cooper. He added that the mountain operations team and mechanics are investigating the incident and had not determined what caused the carrier to separate from the rope. There is no timeline for reopening the lift.