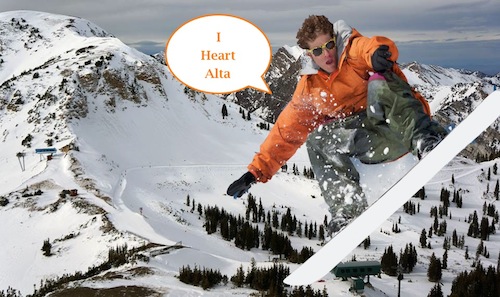 In a long-running legal case in Utah a court has backed the resort of Alta in its ban on snowboarders. No further appeals will be made and the case is over.

A Federal Appeals Court has said the resort’s ban on snowboarders is within the law.

A case was brought in 2014 from a group of snowboarders who challenged the ban, read more here.

Now the 10th Circuit Court of Appeals has upheld a ruling from a lower court.

The snowboarders argue that the land is leased from the US Forest Services and therefore everyone should have access to it.

They also argued that it violated their rights under the equal protection clause of the Fourteenth Amendment in the US constitution.

The legal team representing the snowboarders said they were disappointed with the ruling and was not planning an appeal to the US Supreme Court.

“Notwithstanding the outcome, the case has generated significant attention, highlighting Alta’s policy and the conflicts surrounding it. At this point, we can only hope that Alta will one day voluntarily join the vast majority of ski resorts by lifting its snowboarding ban and providing both skiers and snowboarders the opportunity to recreate on public land regardless of whether people choose to slide down the mountain on skis or a snowboard,” said a statement from the legal team.

Only two other resorts in the USA ban snowboarders – Deer Valley in Utah and Mad River Glen in Vermont.