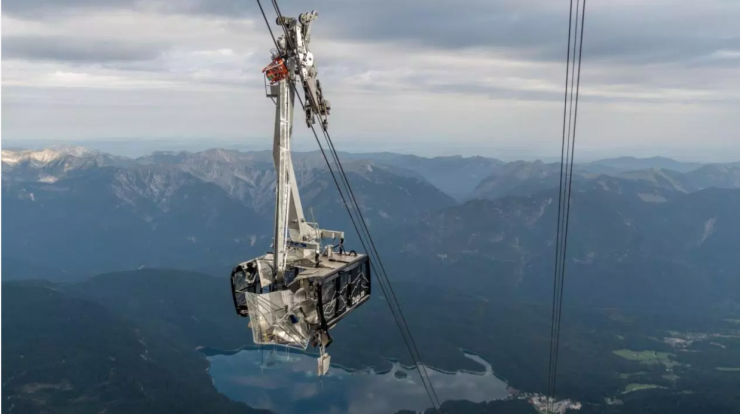 This is not a good week for tramways in Europe. An incident this week on the highest mountain in Germany severely damaged one of two Eibsee Cable Car cabins during a practice exercise. Apparently a rescue carrier broke loose due to a broken chain hoist and crashed into the 120 passenger tramway cabin below at high speed.

Like with the fire in Chamonix on the Grands Montets cable car on Tuesday, the lift was free of passengers and luckily no one was injured. A Zugspitze spokesperson says the Garaventa-built tram will be out of service until further notice.

When a cabin on the Alyeska, Alaska tram hit a tower in 2013, technicians were able to replace it with a counterweight in just a few weeks until a new cabin could be manufactured. People in Germany have to wait and see whether CWA can repair the Zugspitze cabin or must fabricate a whole new one.