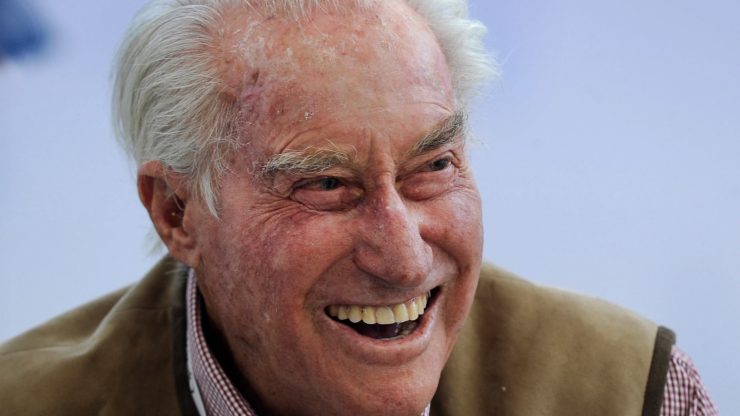 From wool knickers and planks nailed to his shoes to breathable fabrics and modern-day rockered skis, Klaus Obermeyer has not only skied every major innovation through the history of skiing, but he invented many of them.

From creating a down parka stitched from a comforter provided by his mother as he fled Nazi Germany to mirrored sunglasses, double-lens ski goggles and breathable, water-shedding fabrics, the 99-year-old Aspen maverick behind Sports Obermeyer has done more to keep skiers skiing than any other innovator.

Obermeyer could barely walk when he nailed his shoes to chestnut planks pried from orange crates and first floated on snow. He was 5 when he got his first taste of how technological innovation fuels his sport when Marius Eriksen, father of the legendary ski racer Stein Eriksen, sent him a pair of skis with upturned tips.

“They were the most luxurious things you could own. It just opened it all up for me,” he said in an interview for the Next Level Skiing podcast last summer in his Aspen office, where he still captains the company he founded in Aspen in 1947.

That was the year he arrived in Aspen and started teaching skiing with his friend Friedl Pfeifer, who had opened a ski school at the new Aspen Mountain ski area.

There just wasn’t good gear for people back then. Skiers got wet and cold. So Obermeyer started creating things like a nylon windshirt and water-shedding jackets to keep skiers happy and on the snow.

He marveled back then at how movie stars and dishwashers were bound together as peers when skiing.

“It connected the people, and the town was one with the wealthy and the educated and the dishwashers,” he said Tuesday in a video highlighting his days in the 1940s and 1950s, pioneering a sport that would capture the American public.

Obermeyer’s utterances can be etched in stone, not unlike those of his friend, the late Warren Miller. His most famous include: “There is no bad skiing, only different skiing.” And “The days you don’t ski, you never get back.”

“He is, in his bones, an environmentalist,” said his son Wally, who runs an asset management firm in Aspen. “We grew up in a household where you literally threw nothing away. He lives very lightly. I think that stems from his love of life and love of the planet we live on.”

Wally said his dad was a “quiet environmentalist,” using solar power for his company’s Aspen office and warehouse and, in 1991, developing a hydropower plant for the dam at Blue Mesa Reservoir that generates power for more than 5,800 homes a year. (Obermeyer’s son Henry runs Obermeyer Hydro in Fort Collins, a leading developer of hydropower and one-of-a-kind inflatable dam systems that illustrate how innovation runs in the Obermeyer DNA.)

Klaus Jr., a movie-maker, has long admired his dad’s unending optimism. They are trapped in traffic and his dad starts riffing on the the quality of the car they are driving. He never fails to notice the flowers in the spring and the snow in the trees in the winter. He comes home, and says things like “isn’t is awesome we have hot water coming out of the tap,” Klaus Jr. said.

After 50 years of breakfasts with his father and mother, Nome, his favorite Obermeyer quote is this: “Our great freedom in life is that of our own perception,” Klaus Jr. said. “That is huge. Huge. We have a choice about how we perceive things, and he really does that.”

“I think he qualifies as the greatest of the greatest generation of skiing,” said Anne, rolling through a list of Obermeyer constants that include his careful listening, his infectious smile and thundering laugh, and his embrace of problems as opportunities.

Obermeyer, his wide grin a keyboard of teeth, said his business approach involves “being nice to the problems because the problems in our lives are the teachers.”

“Someone comes into my office and says ‘Oh we have a problem,’ and I say great,” he said. “Let’s see what we can learn from it. What have we done that was wrong before? What can we do better?” 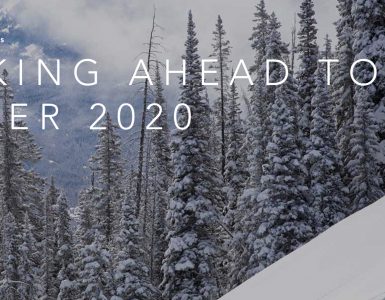