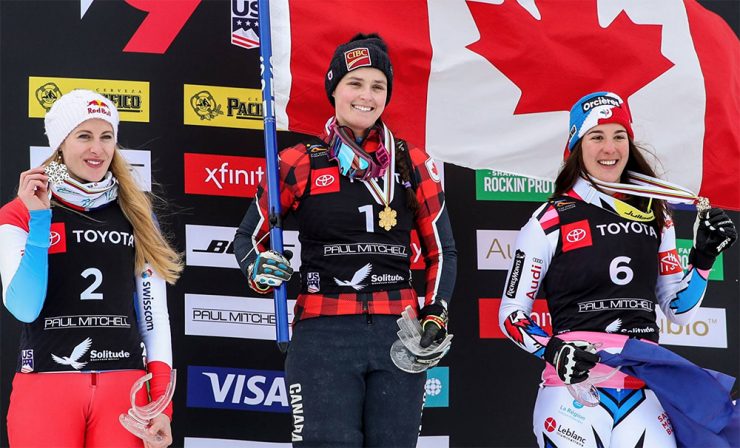 Marielle Thompson of Whistler is the new ladies’ ski cross World Champion, adding this latest gold medal to her collection of Olympic and World Cup hardware.

The 2014 Olympic Champion patiently made her way from third to second in the big final, before overcoming Switzerland’s Fanny Smith, who has dominated the World Cup podium this season with four wins in six races, with a late pass in the sprint to the finish line.

“This feels awesome. I’ve been second at the World Championships before, and I knew that I was skiing really well here in Solitude. I had to ski my best every single heat and I had to make a few passes as well so I’m overjoyed, and so excited to be World Champion,” said Thompson after the medal ceremony. “It was a really high calibre of skiing today – everyone was skiing their best for sure. (To see three Canadians on the podium) really shows the strength of our team. We all push each other to be better, and it shows today. I’m really glad to be a part of this team.” 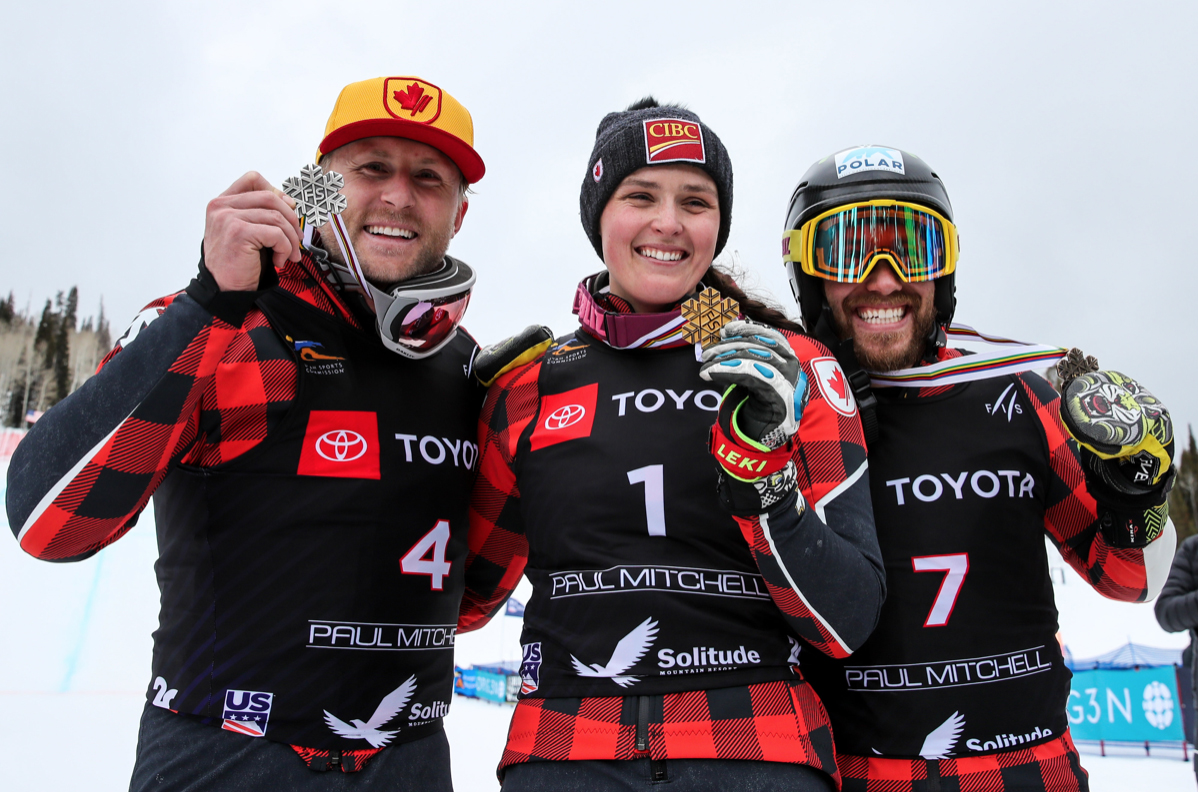 Brady Leman of Calgary and Toronto’s Kevin Drury both stepped onto the men’s Worlds’ podium, finishing second and third respectively.

“I would have loved to be one step higher, but I’m really, really happy with how I skied today and how I competed, so I’m super, super proud with second,” said Leman, who described the start of the course at Solitude as “pretty tricky” and the course overall as very fast, which he attributed as the reason for the very tight heats. “This was the biggest event of the year for us, followed closely by Blue (Mountain World Cup, on home snow), and I accomplished my goals at both of those events and I feel really great about that.”

This is the first World Championship medal for both Leman and Drury; Leman won gold at the 2018 Olympic Winter Games, where Drury finished just off the podium in fourth.

“It’s a little bit of redemption for (me). I was skiing really well last year, winning every heat at the Olympics, and just came up that little bit short, so it feels really good to get my first podium of the season here,” said Drury. “I brought momentum in through Blue Mountain after skiing really well there, and I just laid it all out on the line. (To see three podium performances at World Champs) is fantastic; this season, the guys have struggled a little bit in the beginning, but I think we all know that we are the best in the world and today we definitely showed that. There was no easy heat (out there today).”

Kelsey Serwa of Kelowna and Brittany Phelan of Mont-Tremblant went head-to-head in a battle of the “Dirt Squirrels” – their social media moniker – as the friends and teammates broke away in the small final to race to a photo finish for fifth and sixth respectively.

“She makes me a better skier because I’ve got to be on my A-game if I’m gonna keep up,” said Serwa of facing Phelan in the small final. “It’s cool to see so many Canadians in the top-eight.”

“It’s an unreal day for the team,” added Phelan of the Canadians’ collective efforts. “We’re ready for the rest of the season.”

Mikayla Martin of Squamish crashed off the first jump in the semifinal, landing hard. She is being evaluated by medical staff and Alpine Canada will issue an update when details are available. Martin records an eighth-place finish in her first-ever World Championships, having raced her way into the semifinal heat on Saturday.

Rounding out Canada’s Worlds’ team were Reece Howden Cultus Lake, BC and Chris Del Bosco of Montreal who were knocked out in the eights. Both were edged in their respective heats, with Del Bosco’s race coming down to a photo finish where the Canadian ended up just inches shy of moving on to the quarter-finals.