Mike Nemesvary is one of Canada’s most accomplished freestyle skiers and his life is being celebrated.

At age 15, Mike Nemesvary set his goal to become the best freestyle skier in the world. By the mid 80’s Mike held more than 40 titles in his sport including 3 World Cup Victories; 18 World Cup Podiums; 3 European; 11 Canadian and 5 British Championships.

Mike also developed a successful sideline as a skier and stunt performer in a number of TV commercials and feature films including James Bond’s “A View To A Kill” and Willy Bogner’s “Fire and Ice.”

Mike suffered a trampoline accident 33 years ago and has now spent well over half of his life as a quadriplegic. Mike has been a champion of the disabled cause, raising awareness around the world for people in similar circumstances. 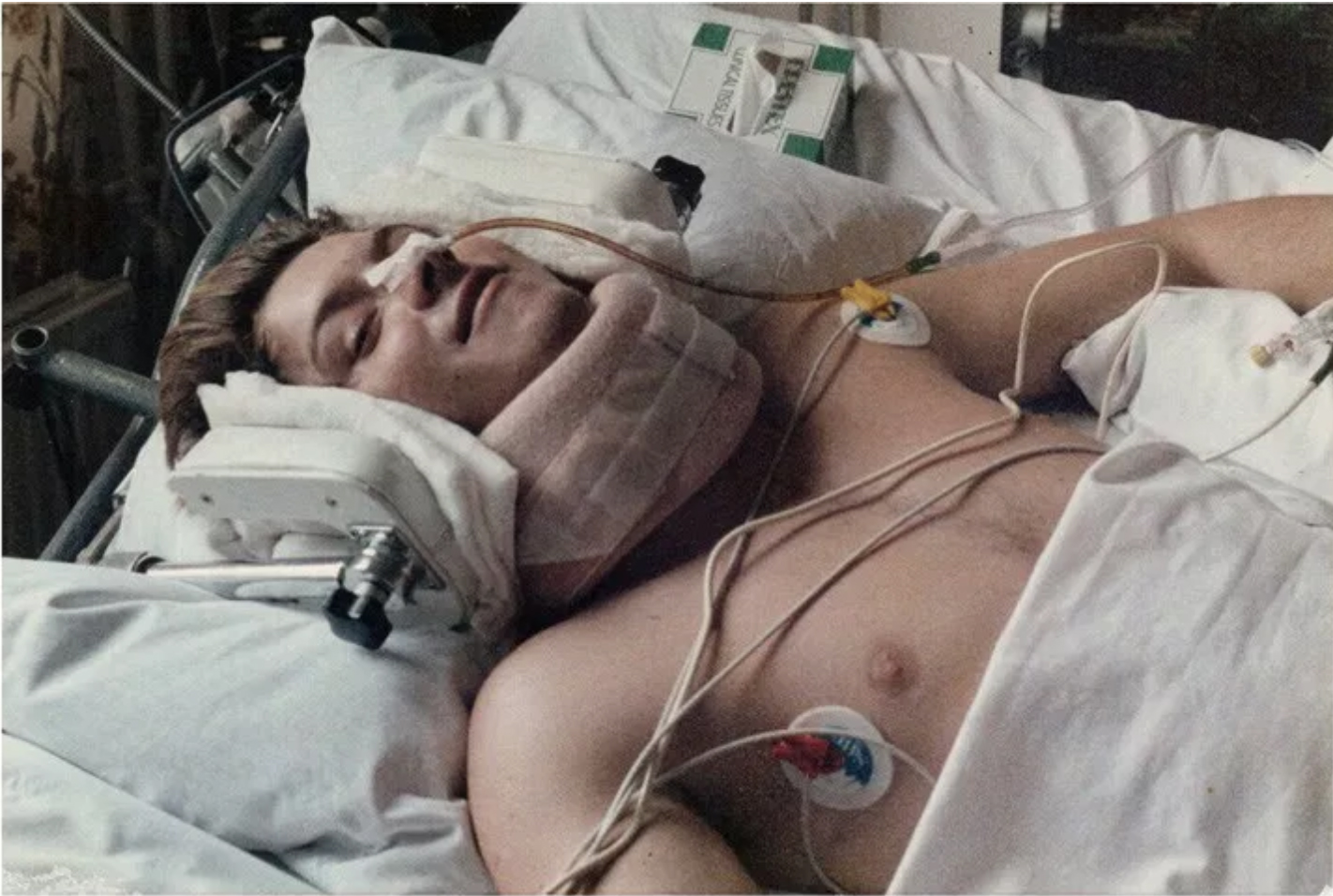 We recently almost lost Mike to pneumonia. He has bounced back however there are so many ways he needs your help. Mike’s freestyle skiing family and ski friends, and other interested supporters are making an effort to help Mike.

John Eaves, friend and freestyle skier, wrote, “We’d like to get Mike back on the slopes with a new sled, we want to get his “Round the World” vehicle back up and running. Mike needs our help and I need you to act by a donation to the Go Fund Me campaign. We are holding a tribute for Mike in St. Sauveur , Quebec on Saturday, February 9 at 6 pm at the Cafe de la Gare. This event is purely a gathering of friends for Mike. There will be no fund-raising at the event. Having his friends by his side, and all his old fellow competitors is worth it’s weight in Gold to Mike. We’d love to see you there and you can find all the info here on Facebook.”

At the event Mike with a big cardboard cheque for the amount from the Go Fund Me campaign. A video presentation will be given Mike and entertainment will be provided by John Eaves and Little Big Man, and The Huge Groove.

Almost all of the original founders of the Quebec Airforce will be attending including Jean Marc Rozon, Lloyd Langlois, Pierre Poulin, and Michel Daigle.

About Mike Nemesvary
On May 18th, 1985 Mike’s life dramatically changed during a routine trampoline workout when he attempted a double twisting, double back somersault and blacked-out, landing on his neck instantly becoming a high level quadriplegic, paralysed from the chest down and losing full use of his legs, arms and hands. Following months of intensive rehabilitation Mike picked up the pieces and began to rebuild his life. He moved into an accessible home, learned to drive a modified sports car and became a proficient sit skier. 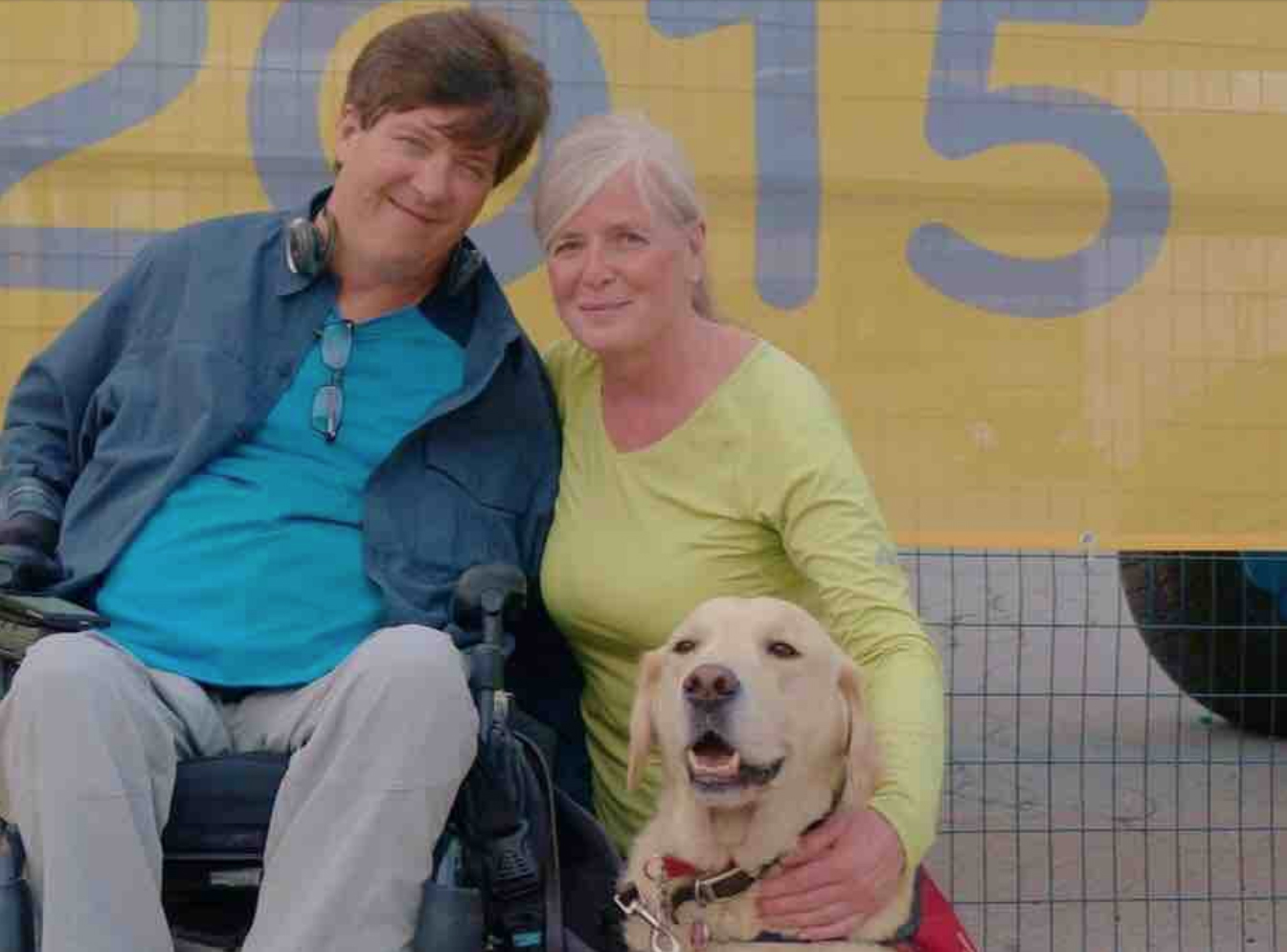 “In a moment, in a heartbeat, your life can change. And yet, you find when it changes that there are reserves of strength, reserves of resourcefulness, reserves of energy that you can call on to go forward… Nobody exemplifies that better than Mike.” — Christopher Reeve

Wanting to share his life-affirming approach he started The Back Up Trust; a very successful UK-Based charity raising more than $20 million to enable people with spinal cord injuries to reintegrate back into society and surpass their aspirations by facilitating challenging sports.

Even after his accident, he decided to try to break the world toboggan speed record at Les Arcs in France in 1987. He only managed only to delight onlookers and look badass in a metallic speeder. 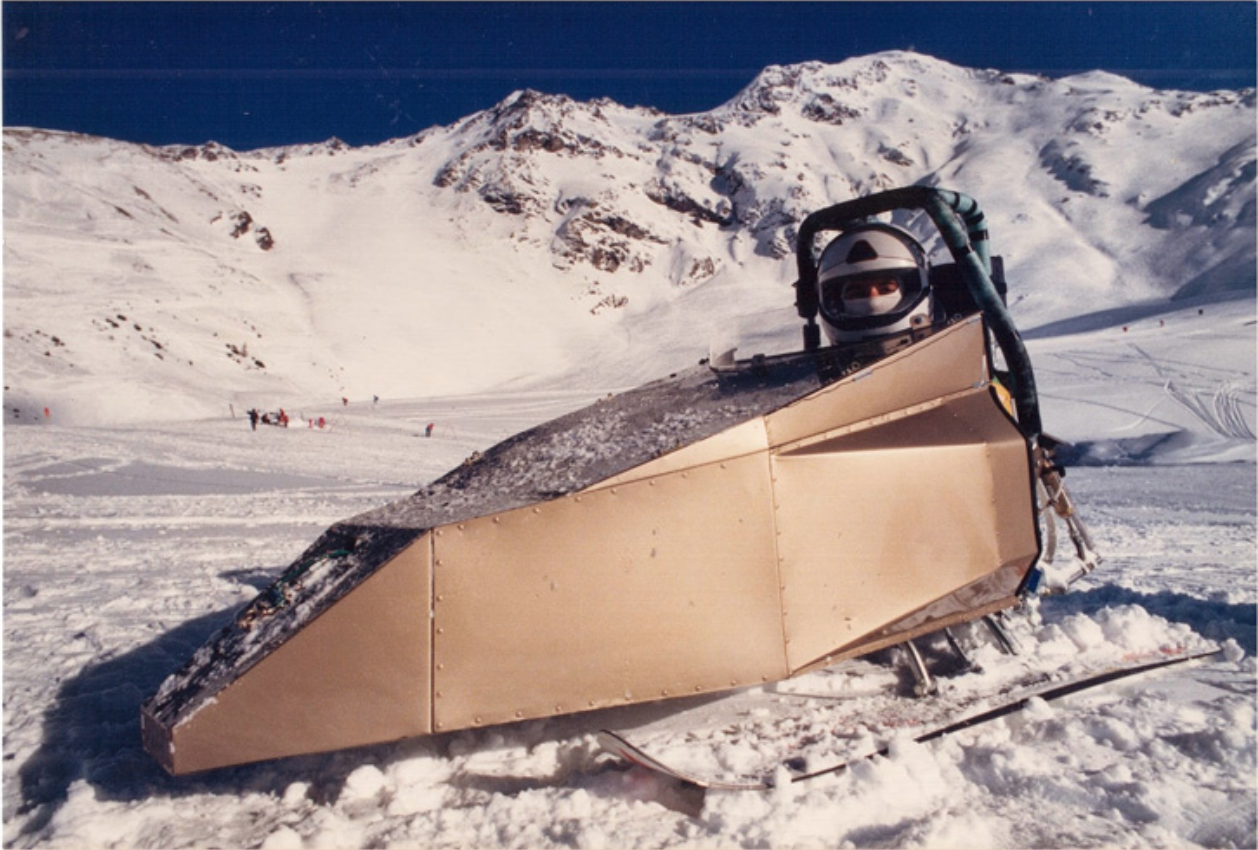 Mike then decided to take the ultimate challenge by becoming the first quadriplegic to drive unassisted around the world. More than seven years in development, the ‘Round the World Challenge was a gruelling circumnavigation lasting seven months, through 20 countries and clocking more than 40,000 kilometres. While navigating some of the most treacherous roads, enduring the most extreme weather Mike & Jigger in conditions and temperatures on the planet, Mike also surmounted continual inaccessible stops and accommodations in an unrelenting, exhausting daily schedule. During the formidable odyssey, Mike also managed to visit 40 medical institutions, gave 52 speaking engagements and wrote weekly columns. The ‘Round the World Challenge’ successfully culminated in the Fall of 2001 and raised more than $1.5 million for spinal cord injury rehabilitation and research. His accomplishments received numerous honours and recognition in many countries including the “Key to the City” in Ottawa and the “Meritorious Service Medal” from the Governor General of Canada.