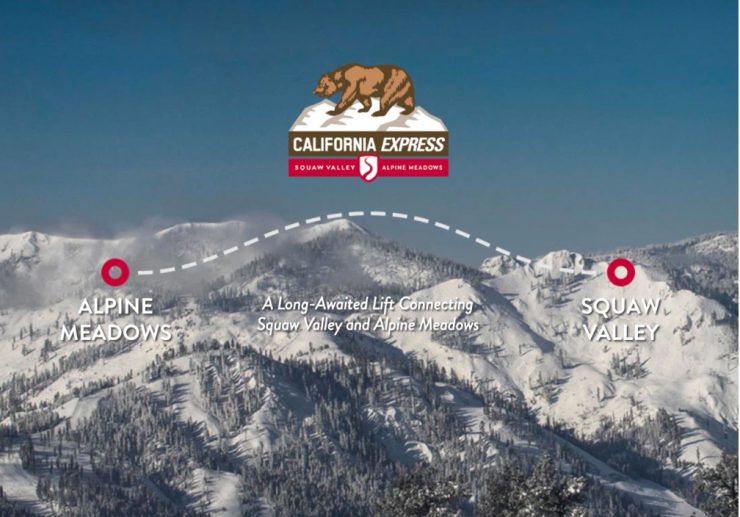 After years of environmental reviews, permit hearings, and opposition from conservation groups, the base-to-base gondola that will connect Squaw Valley and Alpine Meadows was approved by Placer County officials. The gondola will begin at Squaw Valley, traverse over privately owned property, and end at the Alpine Meadows base area.

An environmental impact report released by Placer County and the U.S. Forest Service outlined four possible options for the gondola span. The approved option occupies the least amount of land and has the least environmental impact. The new lift will have two mid-stations along its 11,700-foot span, with roughly 20 percent of the project located on National Forest Lands. 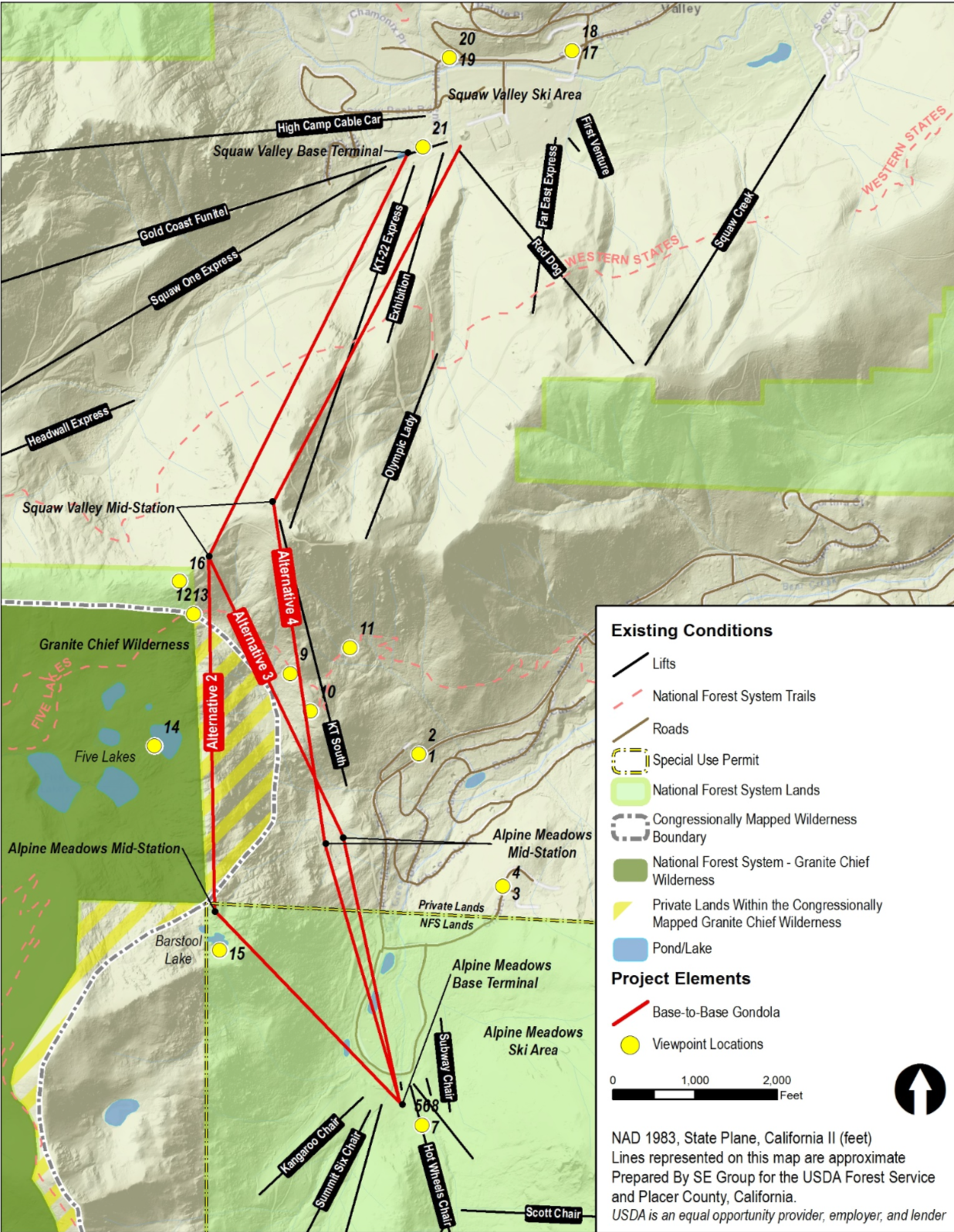 Squaw-Alpine management hailed Tuesday’s decision, calling it “one of the last crucial steps” in uniting the resorts. The eight-passenger lift, dubbed the California Express Gondola, would allow skiers and snowboarders access to both resorts without having to take a shuttle or drive between the areas. 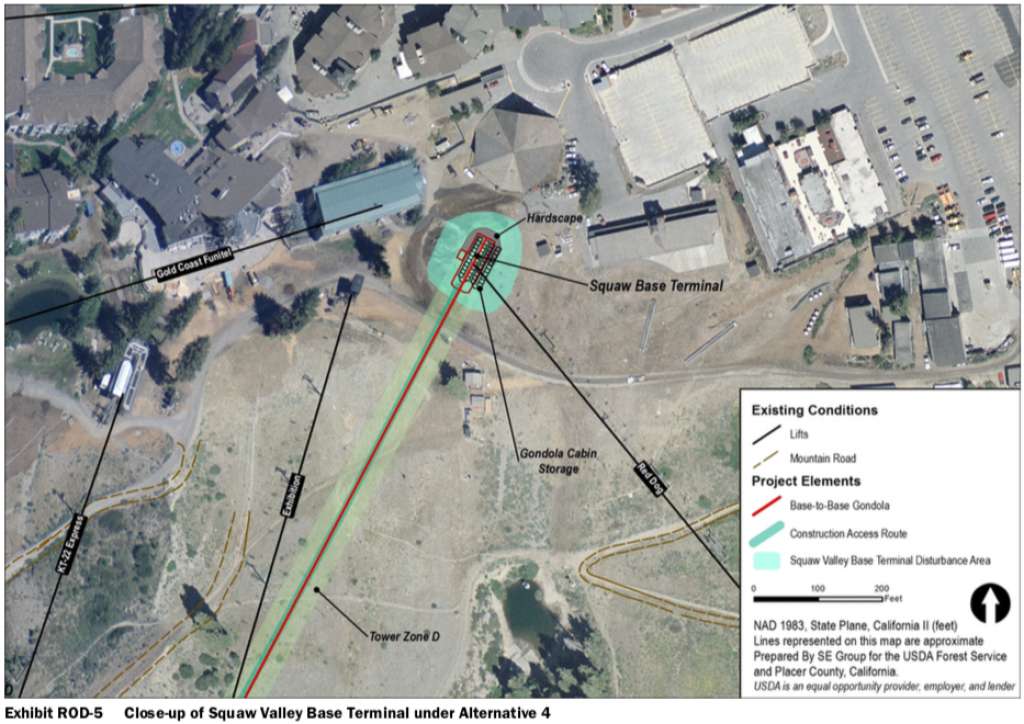 Lift capacity would approximately be 1,400 people per hour in both directions. From base to base, the trip would take 13 to 16 minutes.

The gondola has been a flashpoint between environmentalists and Squaw Valley for several years because of its proximity to the Granite Chief Wilderness.

Alterra Mountain Co., Squaw Valley Alpine Meadows’ parent company, originally proposed building the gondola along the crest of the Sierra Nevada and through land designated to be part of the wilderness, but that plan was rejected. 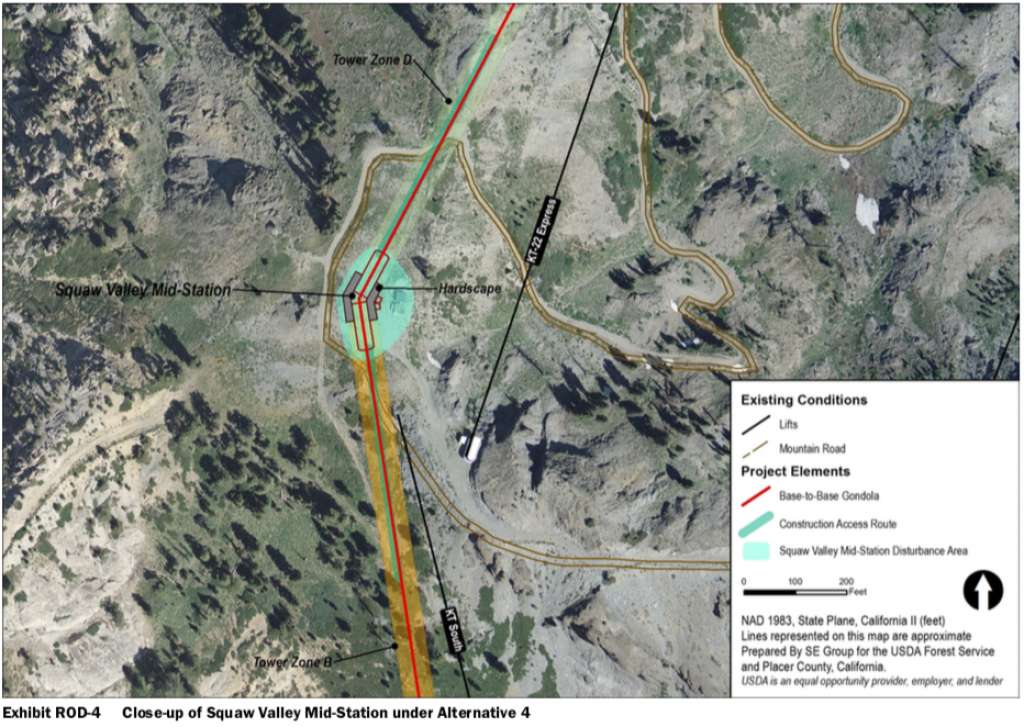 In their final environmental impact report on the project, released in April, Placer County and the U.S. Forest Service chose “Alternative 4,” the easternmost route under consideration for the gondola.

While the lift would not pass through designated wilderness, Tom Mooers, executive director of the conservation group Sierra Watch, says it would still have a major impact on both wildlife and the wilderness experience for hikers and other visitors to the mountain. “It’s just a part of [Alterra’s] broad vision of reckless development,” Mooers said. He noted that a mid-station of the lift would be a central feature of a new subdivision proposed for White Wolf Mountain, a tract that sits between the two ski resorts. The land is owned by Troy Caldwell, who purchased it for $400,000 in 1990. In 2008, Caldwell told the San Francisco Chronicle that he planned to turn White Wolf into a private ski area for about 30 homeowners, each of whom would own one 30th of the resort.

In a statement released Wednesday, Squaw Valley Alpine Meadows President and COO Ron Cohen thanked “the thousands of Squaw Valley and Alpine Meadows skiers and riders who signed petitions in support” of the gondola. “This base-to-base gondola connection will tremendously enhance the skier experience, uniting our 6,000 acres of terrain without the need for a car,” Cohen said. “Moreover, the chosen alignment arrived at through this long and detailed process is the most environmentally favorable plan.”

The Placer County supervisors do not have the final word on the gondola. It must get the Forest Service’s blessing before work can began, Mooers said. 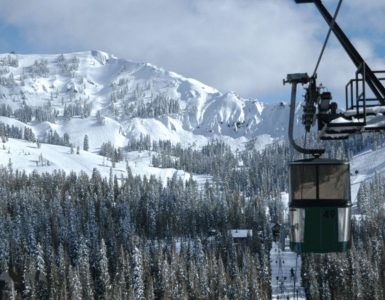 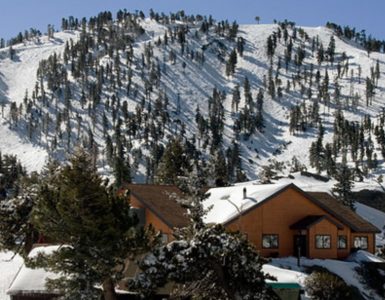 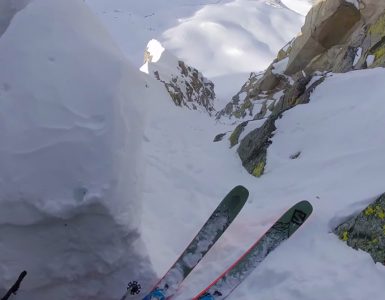 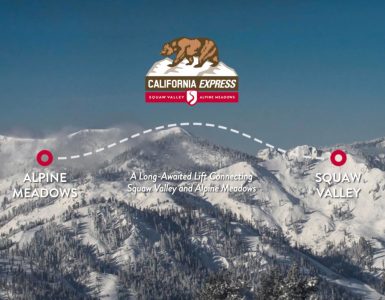