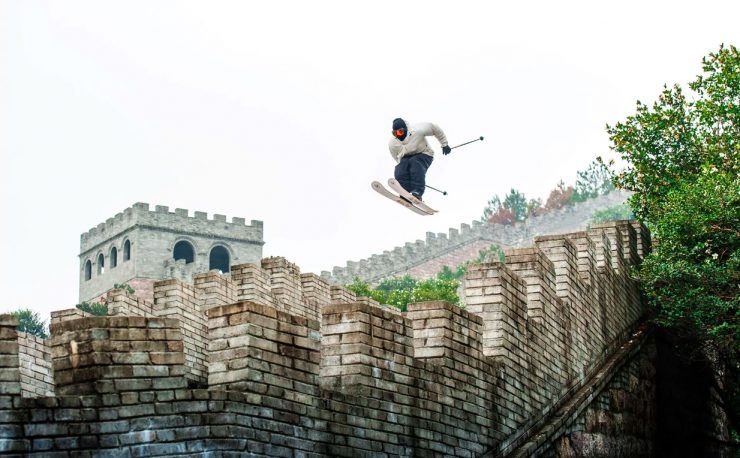 The mountains are currently be being battered by large amounts of snowfall but professional freeride skier Candide Thovex has proved you actually don’t need any snow at all to pull of an epic run on skis.

In his short film titled #SkiTheWorld the three-time X Games gold medalist visits some of the world’s most improbable ski slopes to prove ‘All conditions are perfect conditions.’

Check out this behind-the-scenes footage of Candide Thovex’s Great Wall of China stunt:

Just two days after it’s release the video had over 988,000 views on YouTube and is on it’s way to hitting 1 million by the end of the week as it sits in the top 10 trending videos of all time.

Famed for his creative edits, which launched him onto the global stage after the release of his most iconic One Of Those Days films in 2013, 2015 and 2016, this time the Frenchmen covers grass, sand, water, jungle, volcanic ash, stone and soil to pull off the four-and-a-half minute production.

The filming schedule lead the crew to experience some of the greatest wonders of the World, including camping beneath the Northern Lights, putting themselves, their machines and the equipment to test across endless sand dunes, working in the poor visibility and extreme heat of the jungle, avoiding the danger of an active volcano and of course experiencing the sheer size of the Great Wall of China.