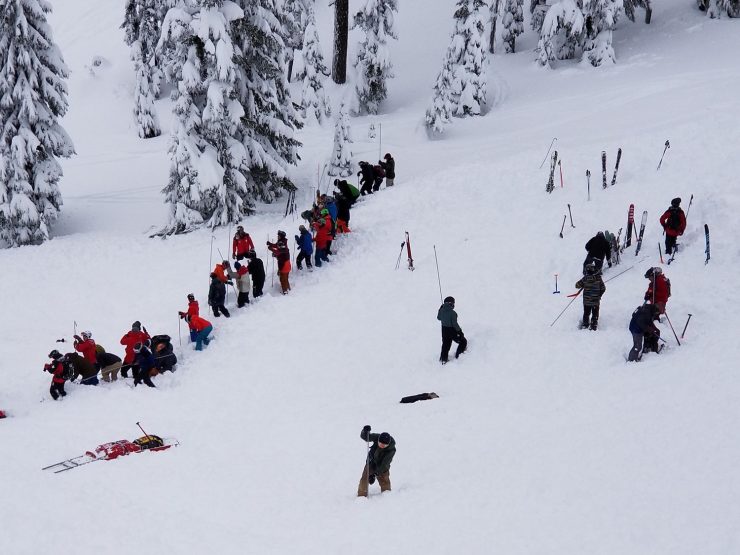 UPDATE: A third skier was reported missing a day after the deadly avalanche claimed the lives or two. That prompted searchers to resume their hunt Wednesday and Thursday.

A search and rescue support team out of Montana with avalanche K-9 teams helped locate the missing person and third victem.

Local Sheriff Mike Gunderson told local media that a third body buried under the avalanche was found Thursday by searchers and identified as the person reported missing on Wednesday. He said there were no other reports of missing persons on the mountain.

Two people were killed and five were injured in an avalanche at the Silver Mountain Resort in the Idaho Panhandle town of Kellogg.

Silver Mountain said its ski patrol and other volunteers responded as soon as they were alerted to the avalanche and began probing the snow and using avalanche dogs to find survivors.

Avalanche fatalities are rare in-bounds at ski resorts however do occur. The avalanche occurred on Silver Mountain’s Wardner Peak, an area of expert terrain that is accessed by traversing by ski or foot after exiting a chairlift. The resort had just completed avalanche control in the area less than an hour prior to the avalanche incident.

Here is Bill Fuzak’s personal account of his survival:

I am posting the following with much thanks and gratitude to Silver Mountain Ski Patrol, Search and Rescue and the numerous other volunteers that saved me and my fellow riders Tuesday. Very Grateful to still be here. Ride safe.

On Tuesday Jan 7, 2020 around 11 AM I was involved in and consequently fully buried for approximately 50 minutes in an inbounds avalanche at Silver Mountain Ski and Snowboard Park. The avalanche occurred in a recently opened part of the ski area where over 20 inches of new snow had fallen in two days.

I was part of a group of 10+ skiers and boarders that had entered the Wardner Traverse area and started setting a ski packed path on the Traverse. We had been waiting for the rope to drop for the area and entered the traverse only after the closed sign had been removed and with a Silver Mountain Ski Patrol member giving the verbal ok to “start cutting the traverse ourselves or wait for a Ski Patroller to break trail on the traverse”. I personally heard the conversation with the 3 lead skiers and the patroller as I was the 4th person going out onto the newly cut traverse. Our understanding was avalanche mitigation with explosive charges had been completed off the top of Wardner Peak before skiers and boarders entered the then uncut traverse.

The going was slow and all but 6 or 7 riders of the original group dropped into glades prior to reaching the run named 16 to 1. The three lead skiers dropped in to ski the fresh snow about a third of the way across 16 to 1. The rest of us, appx 4 or 5 people, dropped in closer to the tree edge. After only one or two turns the snow started to fracture above us as well as below us and the slide started to propagate and accelerate. I heard a female voice over my right shoulder, I think it was Rebecca, say calmly that “it’s giving way, try to stay on top”. I lost my left ski almost immediately and fell backwards while trying to release my right ski to no avail. A few seconds later while swimming to try and stay on top of the slide it slowed and pulled me down completely under the snow. As the moving snow ground to a halt and compressed around me I started punching upwards with my right fist to create an air hole above me. I was able to successfully reach the surface with my right fist and then started creating space around my mouth and face to get air. When I had air flowing unobstructed into the hole I had created I started waving my gloved hand out the air hole hoping someone would see me. I also shouted for help for several seconds before calming down. I was glad to have air and thought I had a good chance to be rescued.

Within seconds, another, more powerful slide hit and buried my breathing hole under what felt like feet of snow. I heard and felt the snow compress around me and I was unable to move anything but my right hand to clear my face and mouth. At this point I tried to calm my breathing and conserve air. I don’t know how long I stayed conscious after that. I had already relegated myself to the inevitable as I knew the air would not last long. I was in no pain and knew I wasn’t injured. I’m really surprised how calm I felt but knew there was nothing I could do but wait and pray.

The first thing I remember when coming back to consciousness was a group of rescuers cheering that a survivor had been located, me. I cannot express the surprise and relief I felt to hear and see other people digging me out. Ski patroller Bill held my hand and helped keep me calm as he and the others helped dig me out as I was buried upright in the deep snow. Apparently, my lips were blue when they unburied me and I was initially unconscious. My hands and feet were extremely cold but I was uninjured, breathing and moving well. I was elated to still be “here”. I was more than ready to get out of my encasement, afraid that a 3rd slide would bury me again. Bill asked me about other members of the party I was aware of. I thought there were at least 3 others buried in my general vicinity. I believe Ski Patroller Maya Pardue found me with her probe then other volunteers came over to help dig me out. Maya, thanks for sticking to it, finding me and consequently saving my life. I am eternally grateful to you and your group of patrollers.

During and after extrication Patroller Bill checked me over and concluded I was not severely injured. I was able to walk and with help load into a toboggan attached to a snowmobile. A snowmobile driver and Ski Patroller Bill transported me down to the snow cat maintenance facility to be checked out by local medical professionals and warmed up. I sat with and spoke with another rescued local skier named Ken who had also been buried for 50 minutes. He also survived by creating an air space and through the incredible efforts of Ski Patrol and other volunteers on scene. I was interviewed extensively by the Sheriff as well as the head of Silver Mountain Ski Patrol in the Ski patrol office.

I cannot give enough thanks and compliments for the effort shown by the Silver Mountain Ski Patrol, Search and Rescue volunteers as well as other skiers and riders that played a role in saving my life and the other riders lives. My family especially wants to thank them all for saving us. My heart goes out to the families of the two riders that did not survive.

Bill was very fortunate, most burial victims suffocate in a few minutes. Clearing and maintaining his air passage, and being located by probe are the reasons he is alive.

The Idaho Panhandle Avalanche Center warns that the area continues to be in high avalanche danger, which means a high likelihood of both natural and human-triggered slides.

Our condolences to the families and friends of the victims and those involved in the avalanche and rescue. 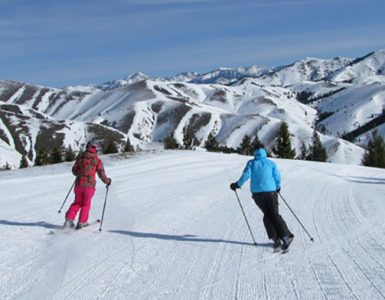 Doug Fish, founder of the Indy Pass, said that sales of the pass are 725 percent ahead of last year. 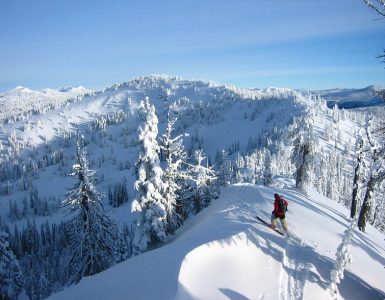 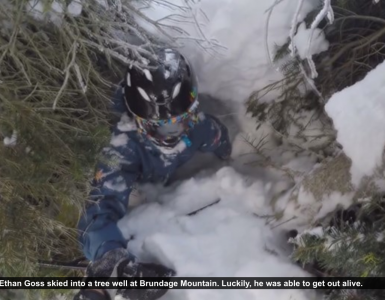 Tree Wells can be Deadly

Tree wells are one of the most overlooked ski hazards on any resort; almost every year someone ends up dying in one 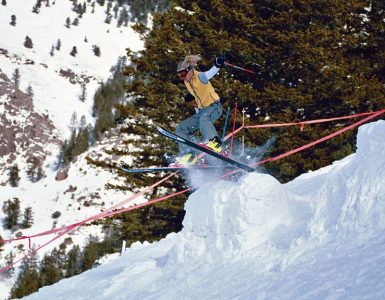 “This is not my mountain, this is the community’s mountain,” Butler said.