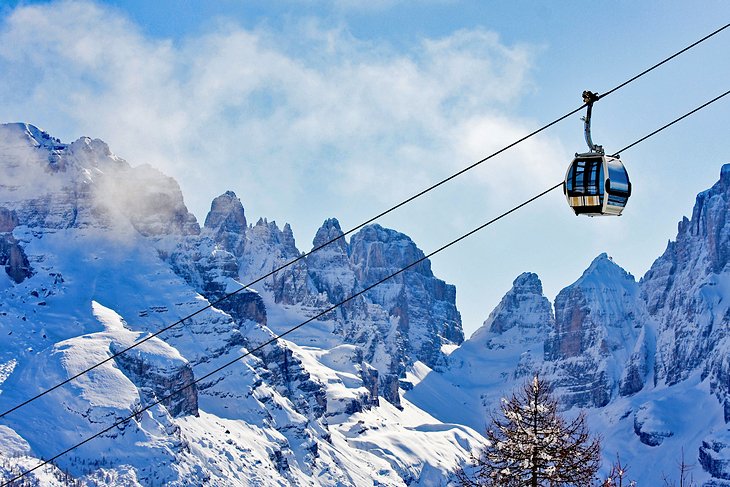 The president of the Aosta Valley region announced on Sunday that as of March 9 all ski areas in the region will be shut until further notice – an “extraordinary” measure to combat and limit the spread of the virus.

“Following the current health situation and a comparison with the other Alpine realities, the next closure of the ski lifts has been agreed,” read a statement.

The closures include the resorts of Cervinia (which links to Zermatt in Switzerland), La Thuile (which links to La Rosiére in France), Pila, Courmayeur and Champoluc, Gressoney and Alagna in the Monte Rosa. All these resorts are among the most popular Italian destinations for British skiers and snowboarders.

Following the announcement, officials from the Dolomiti Superski, a combined ski area lift pass that covers 12 different resorts in the the Trentino-Süd Tirol and Veneto regions of the country, said it will close for the season early, from tomorrow (March 10). The area covers resorts such as Alta Badia, Cortina d’Ampezzo, Val Gardena, Val di Fassa and Arabba.

Further measures, brought into place by Italian authorities on March 8, include travel restrictions and isolation of an increased number of regions and towns in northern Italy – forcing 16 million people into quarantine until April 3.

Following the lockdown, the Foreign and Commonwealth Office (FCO) now advises against all but essential travel to the affected areas, including the entire Lombardy region, which covers the resorts of Bormio and Livigno. The resort of Passo Tonale which links Lombardy with Trentino is also affected.

The number of people to have died from coronavirus in Italy is now 366, with 7,375 confirmed cases. Italy has the second-highest number of cases globally after China (80,738).

Italy was not having a good snow year however this will hasten the end of the season!