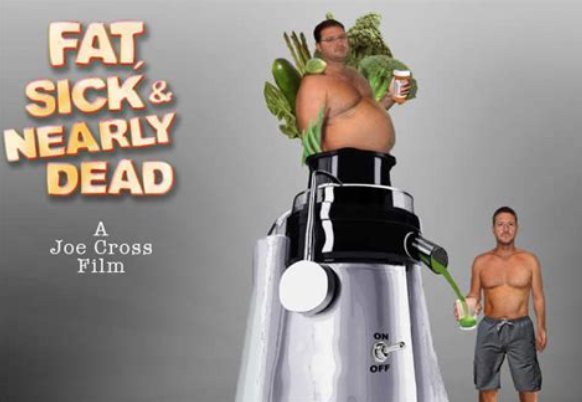 When you get older it seems that your weight goes up and down like an elevator. Or like a broken one that just stays up. One time when I was in the hospital I lost almost twenty pounds and the next time I gained fifteen. It all depends on the food that they serve you.

In 1953, my first wife died of cancer and I was trying to raise my son, then a year and a half old. This was the third year I was showing my ski films and I spent a couple of months living on the equivalent of Big Macs, chocolate shakes and French fries and went from 185 pounds to 220 pounds and have weighed over 215 pounds almost ever since. I imagine it was all part of the grief/stress of it all.

More recently, two years ago to be exact, I managed to lose seventeen pounds eating only hospital food when I broke my back but I replaced it all with a lot of thick, delicious, Oreo Cookie or pineapple milk shakes my wife brought me from Baskin and Robbins when I finally was off the drugs that made me so loopy.

Two weeks ago, Laurie’s son told us about a documentary movie “Fat, Sick, and Nearly Dead.” It’s about an Australian man who had ballooned up to well over three hundred pounds and had a sixty inch waist that hung over a six-foot tall, stack of bones. The film opens with a profile scene of him walking down the beach in a pair of trunks looking like someone about to give birth to quintuplets. Due to his weight, he had many skin problems and so he was on eight or ten different pills every day, many steroids that were definitely poisoning him.

One day he decided to fly from Sydney, Australia to New York and spent the next two months on a road trip to Los Angeles, doing it on a strict diet. He met with a doctor who was also a nutritionist, rented a car, bought a juicer and started across the country with a film crew doing the documentary film of the trip, the uncooked food diet and the results. He’d stop at farm stands to get the best fruits and vegetables, had his car set up to generate power for the juicer and drank each meal, along the way.

One day, when he stopped in a Mid-Western truck stop he met a truck driver who had the same skin problems, was on the same regimen of pills and weighed in at 420 pounds. By that time on his trip he had lost over fifty pounds so he was pretty convincing when he shared with the truck driver, what he was doing.

When you stop at a large truck stop it is easy to see why so many truck drivers are overweight. The cafeteria offers grits and gravy, fried potatoes, sausage and bacon, French toast, pancakes and waffles as well as any other kind of starchy food you can imagine. The prices are cheap and the helpings are as big as you want the cook to dish up.

After the two compared conditions and medications, the Australian convinced him to try his juiced, raw food diet that he was fixing in the back of his station wagon. Later a couple of times during the film he revisited the truck driver to show his progress in his own weight loss program.

The Australian complained a couple of times about his camera crew leisurely dining on good steaks or great Mexican food while he was juicing his meals in the back of his station wagon in the parking lot and waiting for them to finish up their apple pie à la mode and second cup of coffee with sugar and cream. However the pounds where beginning to fall-off.

He revisited the 420-pound truck driver from time to time during the film to see how his weight was falling off. Before the documentary was over the truck driver had lost over 200 pounds, quit his job and opened a health food bar in his home town in Iowa and was helping as many other people that he could get to listen.

By the time the documentary was over and the overweight Australian arrived back home he had lost over 100 pounds on his uncooked fruit and vegetable diet. Laurie and I were so impressed with his results that we decided to try it, just with smoothies. We tried those first because she knows what a pain the juicers are to clean. She has been working the blender overtime since then and making uncooked fruit and vegetable drinks for us. In the last two weeks I have lost eleven pounds and weigh less than 200 pounds for the first time since 1953. She’s coming along but she grumbles that men can always lose weight easier than women!

I am not a doctor and I am not telling you to do what we have been doing, but an unexpected side effect of this diet has shown up in my increased energy, (which I really needed) and in my blood sugar numbers. I have had Type Two diabetes for the last ten years with a count of between 120 and 140, whatever that means. Mysteriously during the first week of this diet my blood sugar dropped to 88 and is still there.

You’ll enjoy the documentary, “Fat, Sick and Nearly Dead.” It’s on Netflix and if you watch it, I want you to let me know if the diet works as well for you as it has for me so far. I’m going for another ten pounds and then it’s back to the good stuff such as chocolate chip cookies and lots of vanilla ice cream. Well, not if Laurie catches me!

But I do wonder where all of the fat goes when one loses it.