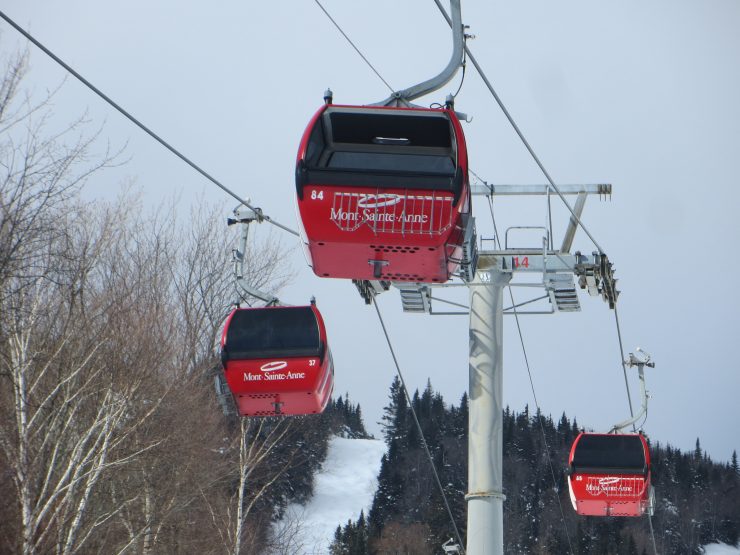 A first step has been taken by the MRC de La Côte-de-Beaupré for the acquisition of land in Mont-Sainte-Anne.

The MRC has confirmed that the analysis of the legal framework for considering the acquisition of Sépaq properties in Mont-Sainte-Anne has been completed.

Faced with the many difficulties related to the ski resort, the MRC wants to do more for citizens and local customers. Elected officials want at all costs to preserve a dying gem, especially due to long-standing underinvestment.

At the same time, the MRC is continuing to draw up a development plan. This plan will then be delivered to the Government of Quebec.

“We want to act as a conductor and do more. Ultimately, this approach will ensure harmonious development and a serene business environment for investment. More than 600 jobs depend on Mont-Sainte-Anne. We have to do things well, ”insists Pierre Lefrançois, prefect of the MRC de La Côte-de-Beaupré.

The MRC only targets Sépaq’s subsurface property rights and not the equipment owned by Resorts of the Canadian Rockies (RCR).

In this regard, the RCR facilities, the lifts and the cabins, would need a major upgrade of several millions of dollars, as would the electrical system and that of artificial snowmaking. Hundreds of dissatisfied customers are making their voices heard and even employees on site are no longer shy to express themselves on the state of the situation.

The MRC does not intend to become manager of tourist activities, but wants to invest for the development of the region.

Over the past few years, the MRC has invested more than $2.5M to upgrade cross-country ski and mountain bike trails, promote tourism in Mont-Sainte-Anne, renovate the Convention Center and the repair of the Quai de Sainte-Anne-de-Beaupré. Outdoor activities, trails fat bike as well as the Jean-Larose Falls sector could undergo improvements.

“In this spirit, we will be carrying out consultations over the next few weeks in order to gather the comments and ideas of the population,” adds Mr. Lefrançois.

In Mont-Sainte-Anne, mobilization is also continuing with the Friends of Mont-Sainte-Anne organization, whose president is Yvon Charest, former boss of Industrial Alliance. The OBNL brings together all the living forces that have the sustainability of Mont-Sainte-Anne at heart. The group of business people want to improve the management of the mountain, which has been deficient for too long.

Les Amis du Mont-Sainte-Anne (AdMSA) is a non-profit organization, formed in November 2020, whose mission is to promote the sustainability of the Mont-Sainte-Anne Station Ours heir action is aimed at the development, operational excellence and influence of the Resort for at least the next 25-30 years.

For almost a year, after two major accidents and numerous injuries, the cable cars have been closed. Access to the top of the mountain and the northern slope depends in part on a lift dating from the 1970s, the Tortue. Access to the cable cars may not be possible until the end of the season.