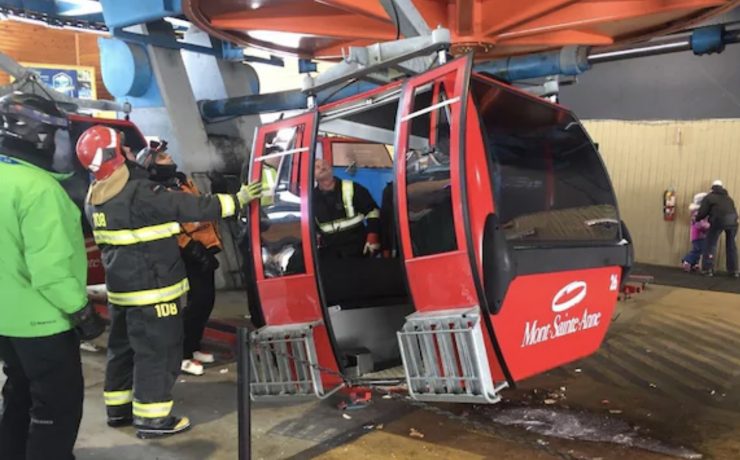 The customers of Mont-Sainte-Anne, a Resorts of the Canadian Rockies (RCR) property, who were victims of two gondola incidents last winter have just received approval to move forward with their collective action.

Mont-Sainte-Anne is the subject of two appeals following two separate gondola incidents on February 21 and March 11, 2020. The Superior Court has come to the conclusion that it will be more efficient to proceed through class actions rather than managing individual client lawsuits.

Following the first event, a Gatineau resident is claiming nearly $26,000 in damages from suffering a whiplash. Three weeks following the gondolas reopening, a Saint-Hyacinthe woman was injured during another sudden stop. Her claim of $66,000 is higher due to the acusuation that RCR returned its gondola to service based on financial interests, to the detriment of the safety of the skiers.

RCR’s lawyers fought to convince the court to not proceed with the appeals, saying that the company had discharged its obligations by outsourcing the inspection and maintenance.

According to estimates from the law firm that oversees the two class actions, the first appeal includes a hundred skiers, while the second includes a few dozen.

Several RCR resorts including Fernie Alpine Resort and Kimberley Alpine Resort have experienced lift issues in the past two seasons. Fortunately nobody was injured however the lifts were closed for several weeks during the season. There is a general concern that RCR’s maintenance and capital investment has been insufficient for decades.

Les Amis du Mont-Sainte-Anne, the local community, has also made public their dissatisfaction with RCR’s general treatment of seasonal pass holders and users Mont-Sainte-Anne. The initiative has the support of Alex Harvey, a Canadian Olympian.

The hearing dates for the collective legal action have not yet been announced.