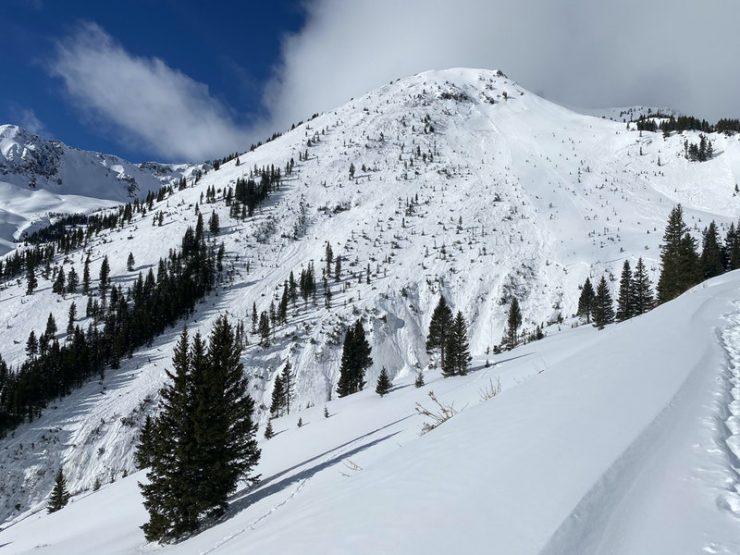 On February 1, 2021, a group of backcountry skiers triggered a large avalanche between the towns of Silverton and Ophir. They were traveling near an area locally known as The Nose. There were seven skiers in the group. Four people were caught, carried, and fully buried in the debris. The group recovered one person with minor injuries. The avalanche released on a northeast-facing slope around 11,500 feet in elevation (near treeline). Extensive Search and Rescue efforts recovered the victims on February 3, looming snow and potential thunderstorms slowed recovery efforts.. 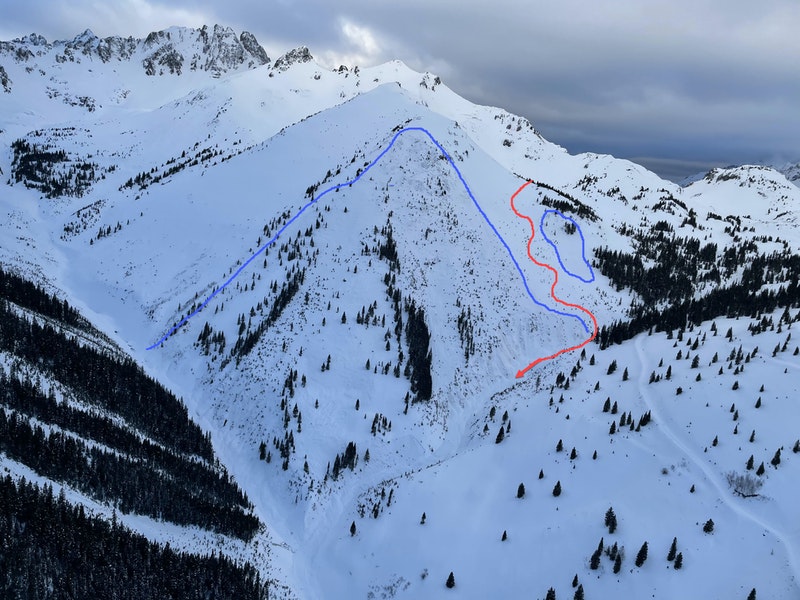 The above image is an overview of the accident site. The red line marks the general path of the group, down the slope and then down the gully. The blue lines mark the approximate boundaries of the avalanche. The large avalanche on the left caught the group of skiers. The small avalanche on the right released sympathetically. 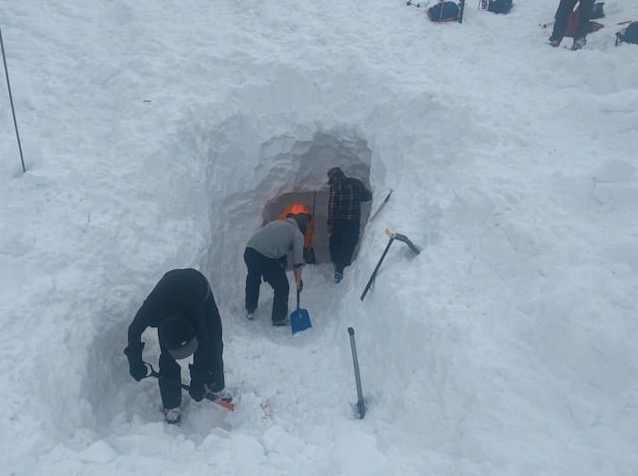 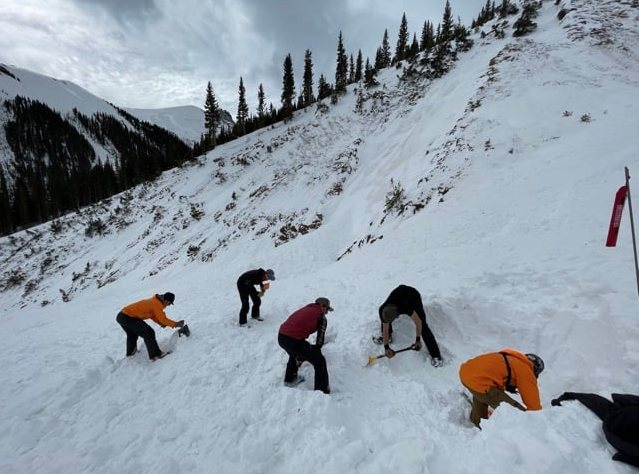 The incident occurred between the towns of Silverton and Ophir near an area locally known as “The Nose”, according to a report from the Colorado Avalanche Information Center (CAIC).

“Eagle County Government and the Town of Eagle are joining the community in mourning the loss of three friends and leaders. While an official announcement has not yet been made by our partners in San Juan County, the families of Seth Bossung, Andy Jessen and Adam Palmer are allowing us to share their names so we can all openly acknowledge their deaths and grieve together,” the town and county governments said in a statement.

The losses from this accident, the worst since five people were killed in an avalanche near Loveland Pass on April. 20, 2013, add to an already ominous avalanche season in Colorado; four skiers died in slides in December. Colorado’s snow season has developed dangerous slabs of packed snow underneath relatively shallow new layers, promoting the release of slabs and deadly slides in numerous popular backcountry locations.

“Avalanche danger in the backcountry is always unpredictable regardless of your avalanche knowledge and skills,” said the Office of Emergency Management, San Juan County, Colorado. “It is critical to check the avalanche forecast and avalanche danger prior to venturing into the backcountry. Check … for avalanche conditions, have your equipment of beacon, shovel, probe and make a plan for communications with your ski group.”

Our condolences go out to the families, friends and rescuers of the victims.