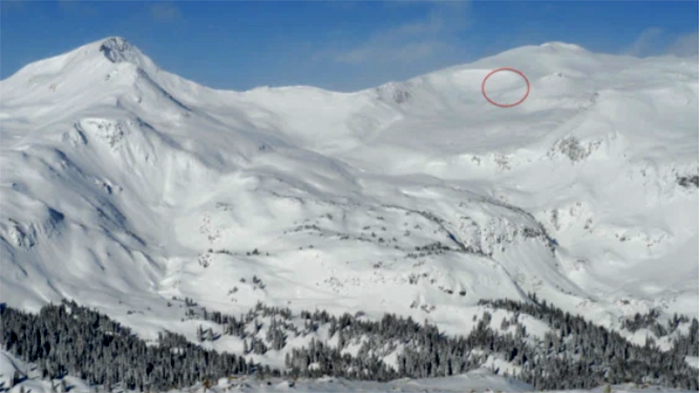 The family of a Colorado man killed in an avalanche safety class near Silverton is suing the guide, school and local rescue group as well as the maker of an avalanche airbag and its private equity firm owner. The lawsuit marks the second legal action involving avalanches in recent months based on research, interviews and reports gathered by the Colorado Avalanche Information Center.

The lawsuit also charges Boulder-based Backcountry Access with making a defective Float 32 avalanche airbag, which the lawsuit says did not inflate after Marshall “attempted to trigger” the balloon-like backpack. The Colorado Avalanche Information Center report on the avalanche noted that Marshall’s airbag backpack “was functioning properly, the trigger out of the pack strap, but the bag was not deployed.” It’s unclear how the Marshall family concluded Peter Marshall had attempted to trigger the airbag.

“The defendants, each of them, acted willfully, wantonly, and recklessly, without regard for the consequences or the rights and safety of Peter Marshall or of others,” reads the lawsuit, which argues the school, guide and airbag maker “created substantial and unreasonable risks of serious injury and death to participants” in the safety class. “Defendants were grossly negligent and that gross negligence was a cause of the injuries, damages, and losses suffered by plaintiffs and the heirs of Peter Marshall.”

Marshall’s death was the first avalanche fatality of the 2018-19 season and the first ever of a student at the Silverton Avalanche School, one of the nation’s oldest avalanche education schools. The slide swept six skiers down a slope, all of them part of a Level 2 American Institute for Avalanche Research and Education class offered by the school.

The Colorado Avalanche Information Center report — compiled after several site visits and interviews with school staff, students in the class and search-and-rescue volunteers — noted several mistakes that led to the avalanche. The three most critical mistakes highlighted in the center’s report point to the group skiing together on a slope that was steep enough to avalanche, misjudging the steepness, aspect and avalanche danger on the slope they skied, and a failure to recognize the potential for triggering avalanches on nearby slopes.

The avalanche triggered by the guide, Lovell, also caught Marshall and carried him to the bottom of the slope. A second avalanche on an adjacent slope buried Marshall in several feet of snow. After Lovell and the students collected their gear, they searched for Marshall, probed the snow and began digging for him. He was uncovered after 50 minutes.

The lawsuit homes in on the mistakes highlighted in the avalanche report, breaking down every step taken by the school and Lovell leading to the avalanche.

In the 12 days before the slide, the avalanche center logged 72 avalanches in the North San Juans and noted “considerable” danger, or Level 3 on the five-level danger scale. Avalanche danger that day included threats from a buried weak layer that could trigger persistent slab avalanches on slopes around 35 degrees facing west to north to southeast. The lawsuit says Silverton Avalanche School staff and instructors agreed not to travel in avalanche terrain that weekend with the Level 2 students.

During those discussions, school staff “expressed concern that defendant Lovell seemed inclined to travel in more complex and bigger terrain despite the fragile snowpack and concerning avalanche conditions,” reads the lawsuit, which does not identify the source of those discussions.

The Marshall lawsuit cites several dozen failures by both the school and Lovell. Those include charges of negligence, like failing to communicate the day’s avalanche forecast and allowing instructors to lead students “into, through and below” avalanche terrain. The lawsuit also says the school and Lovell “falsely represented” training and qualifications, which the Marshall family defines as fraud in violation of the Colorado Consumer Protection Act.

The Colorado Avalanche Information Center report on the Jan. 5 fatal avalanche near Red Mountain Pass included this photograph from Jan. 8. The red circles mark CAIC staff at the accident site. The avalanche on the left side of the frame was triggered that morning to protect search and rescue operations. (Courtesy CAIC)
Jim Moss, a recreation law attorney who has spent more than 30 years working with outdoor recreation companies and clients, suspects that Marshall signed waivers releasing Silverton Avalanche School from liability in case of an accident. The allegations of fraud — that the school and guide duped Marshall into signing up for the class by, for example, “falsely presenting” that instructors “possessed deep operational experience in avalanche terrain” — work around the waivers, Moss said. Also, charges of gross negligence can eliminate the legality of a waiver.

Moss sees the case, if it goes to trial, hinging on the testimony of expert witnesses.

“This will be a battle of avalanche experts and it will come down to which experts impress the jury,” he said. “These guys put a lot of avalanche stuff in there.”

(Moss also suspects the family might struggle to enlist those avalanche expert witnesses since they named San Juan County Search and Rescue in the lawsuit. The school, which was founded by the San Juan County Sheriff’s Department in the early 1960s and has instructed more than 4,000 students, is an arm of the county’s search and rescue team.)

The lawsuit notes that Backcountry Access in October 2013 joined the U.S. Consumer Product Safety Commission in recalling some of its 2011 and 2012 BCA Float airbags, saying a clip could become dislodged and disable the trigger system that deploys the airbag. The company said there had not been any injuries resulting from the clip problem, and “a limited number of warranty returns.”

The lawsuit marks yet another recent and rare instance where a Colorado Avalanche Information Center report anchors legal action. In October, Summit County prosecutor Bruce Brown filed first-ever criminal charges and levied a $168,000 fine against two snowboarders who triggered an avalanche above the Eisenhower-Johnson Memorial Tunnels in March. The slide buried a service road and destroyed remote avalanche mitigation devices but caught no one. The two snowboarders — experienced backcountry travelers Tyler DeWitt and Evan Hannibal — handed over head cam video to CAIC avalanche investigators, thinking their interviews and perspective would, per the CAIC mission, help others avoid future avalanche accidents.

The March 25 avalanche deposited as much as 20 feet of debris on the Loop Road above the west portal of the Eisenhower-Johnson Memorial Tunnel. (Provided by the Colorado Avalanche Information Center)
A motion filed by the snowboarders’ attorney in November to suppress the video argued the criminal charges stemming from an avalanche could pose a slippery slope for backcountry skiers who traditionally have worked cooperatively with the avalanche center in detailing avalanche accidents.

“The backcountry community needs to know if CAIC is not an ally in their efforts to improve best avalanche practices, but (operates) merely as an extension of law enforcement,” the motion reads. “This is a posture that needs to be clarified for all parties, because if CAIC is seen as a revolving door to police and prosecutor, then there will be a chilling effect.”

Ethan Greene, the director of the Colorado Avalanche Information Center, said his team of forecasters and researchers has not seen people less willing to talk about avalanches this season. The center does have a system that allows for backcountry travelers to anonymously submit observations of conditions and avalanches, but, Greene said, mostly those folks are disinclined to share their secret powder stashes.

“I think these legal proceedings are really between other parties and don’t really involve us, even though they do rely on some of the work we do,” Greene said. “I’m not sure what we can do to avoid that. My hope is that people do not shy away from sharing information with us or other people. Our role is to help people better understand avalanches.”

By Jason Blevins, The Colorado Sun