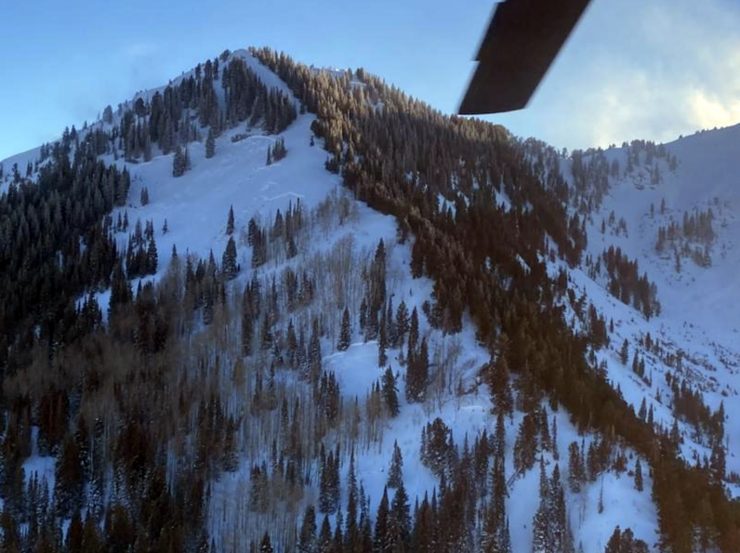 Four Backcountry Skiers died on Saturday in an avalanche in Millcreek Canyon, Utah. Millcreek Canyon is located in the Wasatch Mountains and part of Millcreek City on the east side of the Salt Lake Valley.

Recovery efforts resume Sunday as the four bodies of the backcountry skiers remain buried in the Wilson Glade area of Millcreek Canyon.

Eight individuals were caught in the slide, half of the group was able to unbury themselves and initiate searching for the others. Unfortunately the effort to rescue their friends was unsuccessful.

Rescue crews responded to 911 calls and arrived to help with the rescue efforts. The four survivors were flown out by helicopter.

Here is the Wilson Glade avalanche report from the Utah Avalanche Centre. The CEntre commented, “We are overwhelmed with sadness to report four skiers killed today in an avalanche near Wilson Peak in upper Mill Creek Canyon.”

The ages of the eight people involved ranged from early twenties to their late thirties.

Unified Police Department Sgt. Melody Cutler says nobody should have been on the backcountry Saturday as avalanche risk was extremely high.

“I’m not sure if it’s the thrill or what it is, but it is really important to pay attention to those things,” shares Cutler. “There have been advisories out recently of very high avalanche danger. That exists. The current conditions and this is a very unfortunate circumstance that with these conditions and it actually happened and resulted in lives being lost.”

Wayne Bassham, the commander for Salt Lake County Search and Rescue, says him and about 40 volunteers put their life on the line to rescue the skiers.

Our condolences to the families, friends and rescuers.