Claims of Racism at Whitefish Montana

A group of 20 to 30 protesters gathered on and around the Whitefish Mountain Ski Resort in Montana Sunday morning to bring awareness to what organizers allege is a “culture of racism and non-inclusion” among the resort’s staff and management. Whitefish acknowledged the protests and said it is addressing many of the issues raised by the protesters.

The protesters included Whitefish Mountain Resort employees and Flathead Valley residents. They staged a peaceful protest and sit in at the resort, congregating between Chair 1 and Chair 2 and on Big Mountain Road. The protest lasted from 9 a.m. to 1 p.m.

Protest organizers said there have been repeated incidents of verbal abuse, slurs and “microaggressions” that have negatively impacted past and present employees’ mental health and safety and have contributed to employees no longer wishing to work at the resort. 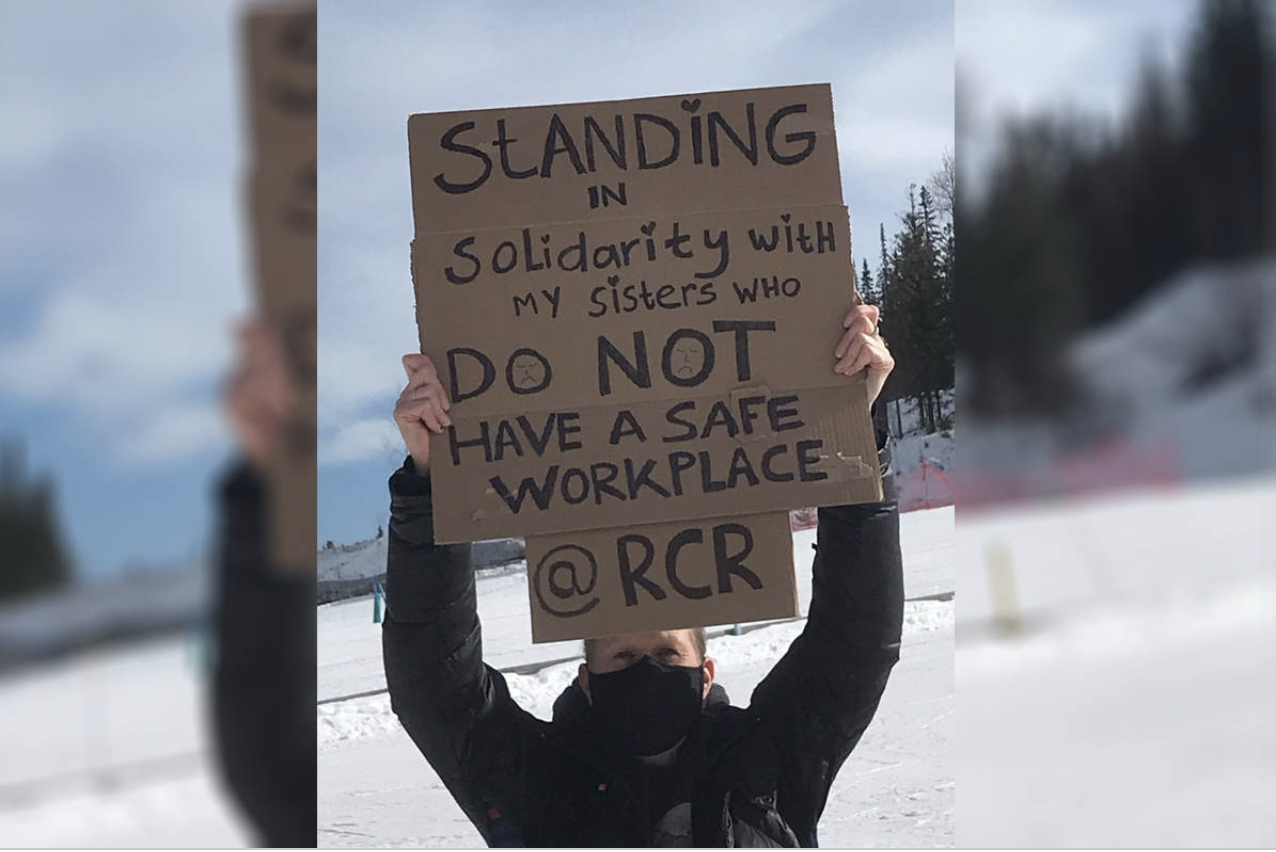 Earlier this month at Kicking Horse Mountain Resort, located at Golden BC, a number of employees staged a walkout over allegations of workplace harassment. Kicking Horse is owned and operated by Resorts of the Canadian Resorts, read more here.

Whitefish Mountain Resort spokeswoman Maren McKay said resort officials were made aware of the protest on Wednesday, and already have taken several steps to address the protesters’ concerns. That includes having a plan “moving forward with additional changes to continue fostering a safe, diverse, and inclusive workplace.”

One step: The resort is in the process of amending its personal conduct policy, which addresses harassment. McKay said in an effort to use “stronger zero-tolerance language,” the policy will read, “We prohibit disparaging or abusive words or phrases, slurs, negative stereotyping, or threatening, intimidating, or hostile acts that relate to protected categories; and any written or graphic material that insults, stereotypes, or shows aversion or hostility toward an individual or group because of one of the protected categories that are associated with hate or intolerance toward any select group will not be tolerated.”

McKay also said that the resort hired an external consultant earlier this season to put senior staff, management, and staff through anti-racist and inclusionary training. She said that training has begun, but “it’s going to take some time to get everybody trained.”

Further, McKay said the resort is interested in establishing a committee, to include a variety of mountain employees, that addresses equity issues.

In a statement, director of human resources Kristi Hanchett said, “We have identified a clear plan moving forward on these issues and are dedicated to enacting change. We want to say thank you to those that came to us with their concerns, and we are committed to following through with our efforts.”

In a separate statement, lift operator Mariah Rine, one of the protest organizers, acknowledged that “after meeting with the mountain, they are attempting to hear us out, and potentially continue to work with us, as far as meeting our ask for all our concerns.”