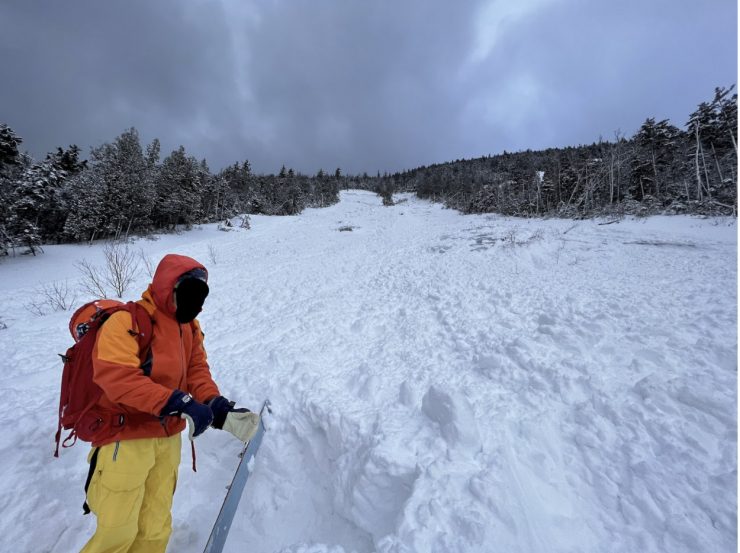 Fortunately there were no serious injuries, the two skiers caught were able to dig themselves out of the avalanche debris and walk away unharmed.

Here is the post from the Adirondack Community Avalanche Observations:

“On Saturday February 12, 2022 a large (R4, D2.5) skier triggered avalanche occurred on the furthest lookers right slide path in the well known northeast facing Angel Slides area on the shoulder of Wright Peak. The slide path in question was created as a result of Tropical Storm Irene in the summer of 2011, expanding the area collectively known as Angel Slides. The slide appears to have been remotely triggered by two skiers ascending the slide path. The crown of the avalanche at ~3,750 feet in elevation is estimated to have been 80 cm (~2.5 ft) deep at the deepest point, and reached approximately 150 feet across the entirety of the slope propagating through a roughly 35 foot wide band of trees. The deposition zone began as the slope angle decreased roughly 500 feet below the start zone. From the start zone it is estimated the avalanche traveled more than 1000 feet to the toe of the avalanche. 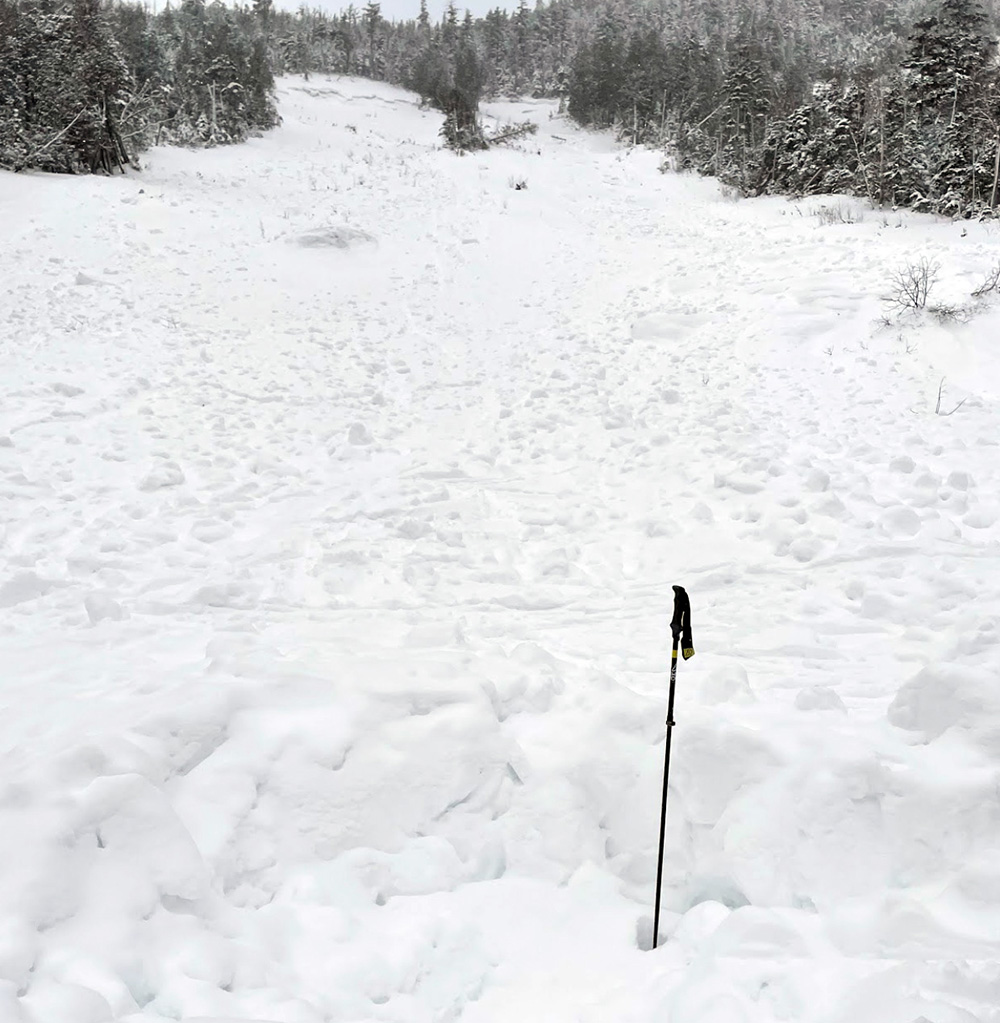 By their own estimation the slide released approximately 500 feet above the two skiers ascending the slide path. Both skiers were caught and carried around 150 feet. Skier one may have experienced a brief loss of consciousness, after coming to with a partially obstructed airway due to snow impacted in their mouth they were able to extract themselves from their partial burial after five minutes. Skier one immediately turned his beacon into search mode and got an initial reading of nine meters. Skier one located skier two with the lowest reading being greater than one meter. Skier one dug out skier two who was fully buried and inverted, and had his airway cleared in approximately 10 to 15 minutes after the beginning of the incident. Skier two was not responsive and breathing faintly. As skier one continued to extract his partner, skier two regained consciousness. Other than what was previously described, neither skier had any obvious indications of trauma. Both skiers recovered to the point that they were able to extract themselves from the woods despite the loss of some of their gear. 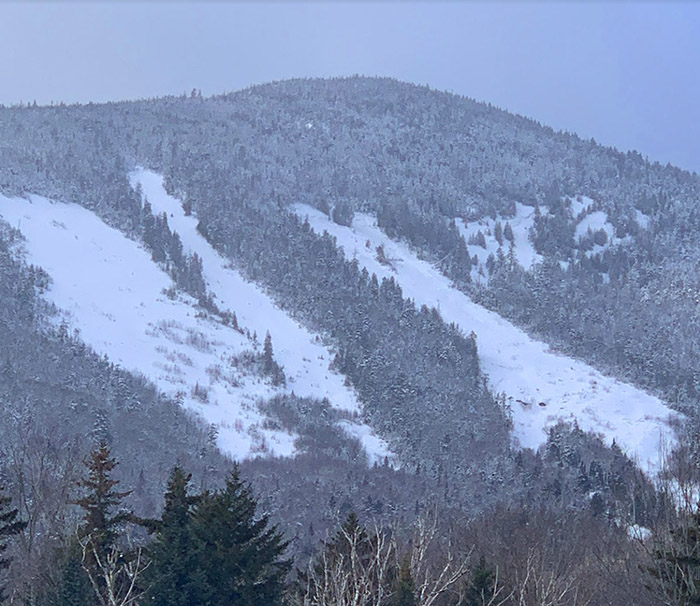 On 2/15/2022 the Adirondack Community Avalanche Observations team went to the site of this incident to assess the scene and perform some analysis of the snowpack. It appears this avalanche slid on the persistent weak layer near the ground referenced in previous observations. In our snow pit at 3300’ we observed a snowpack of 70 cm in depth. Our results in the snow pit were as follows; CT 15 Q1 @60cm (measuring from the top), ECTP 14 @60 cm.”

The Adirondack Community Avalanche Observations mission is to increase awareness of avalanche hazards in the Adirondacks and share snowpack, avalanche, and weather observations to help our community mitigate the risks of winter recreation