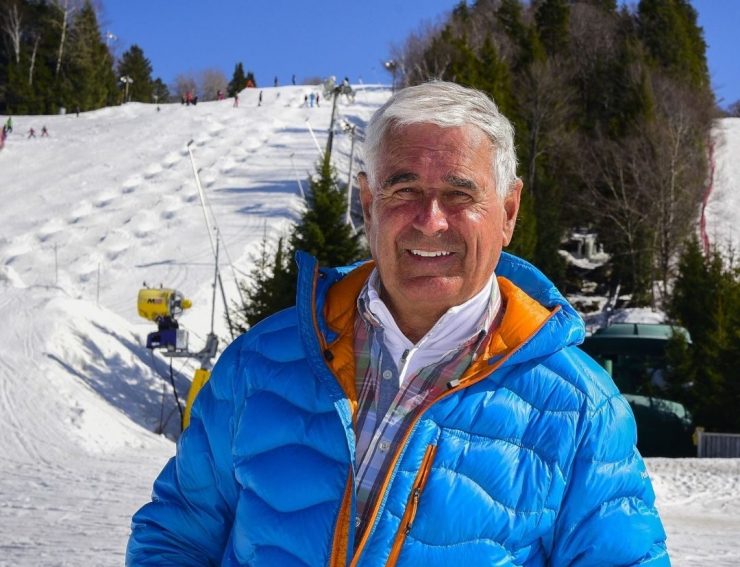 Recognized for innovations that would later become industry standards, Dufour is considered the father of night skiing in Quebec. According to the Quebec Ski Areas Association (ASSQ), he developed the largest night skiing area in the world at Saint-Sauveur, transforming the area into a major tourist destination.

Dufour played a key role in the creation of the ASSQ, and served as president from 1986 to 1988. He was the recipient of numerous awards, including Ski Canada’s Canadian Skiers of Distinction, and the ASSQ Réal Boulanger Award. He was also inducted into the Laurentian Ski Hall of Fame in 1994.

“He believed in collaboration between areas rather than competition,” said Yves Juneau, ASSQ president and CEO, of Dufour. “This collective work to take the ski industry to great heights was recognized by his peers, from industry veterans to young rookies taking their first steps in the ski industry.”

“Louis Dufour dedicated his life to the world of skiing, an unfailing ambassador of the ASSQ, who was present at our side from the very beginning, and who, as one of the initiators of the ‘Economic and Financial Study of the Industry,’ was able to rally ski resorts across the province and even North America to develop strategic knowledge,” said Claude Péloquin, vice president and general manager of Bromont ski area in Quebec.

“Louis was a far-sighted, inspiring, and endearing man,” said Jean-Michel Ryan, chairman of the ASSQ board of directors and president of Mont Sutton. “It was a real pleasure and a privilege to meet him and to discuss with him the practices and challenges of our beautiful industry that he had so much at heart! We are losing a remarkable leader and pioneer.”