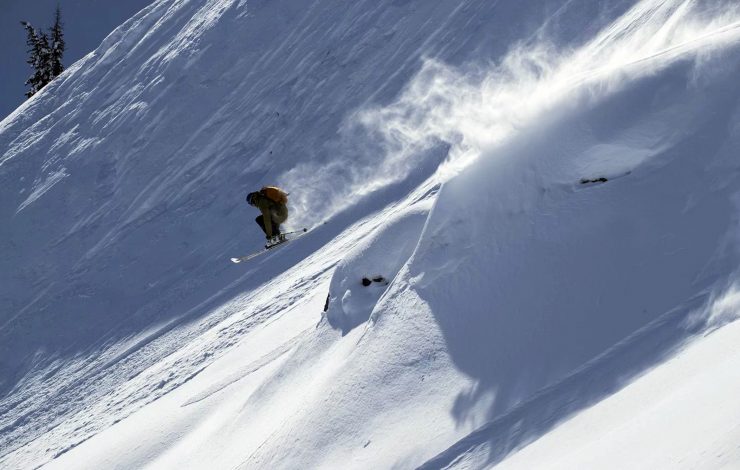 Volkl has always been known for crafting great skis and when exciting new products are released we let you know. Skiers like Ian McIntosh (pictured) from Pemberton BC, known for hard-charging big mountain lines and multiple Line of the Year awards, depend on Volkl skis.

Volkl has a 100-year legacy of producing skis in Germany and they continue to impress us with their fine skis. This season they introduced the new M6 Mantra and its a perfect ski for the 4000 vertical feet of mixed snow conditions here in Fernie. The Katana 108 is also a pretty sexy that rides big! Sam Smoothy says the Katana 108 is his favourite ski of all time cause it’s big, burly, and stiff. 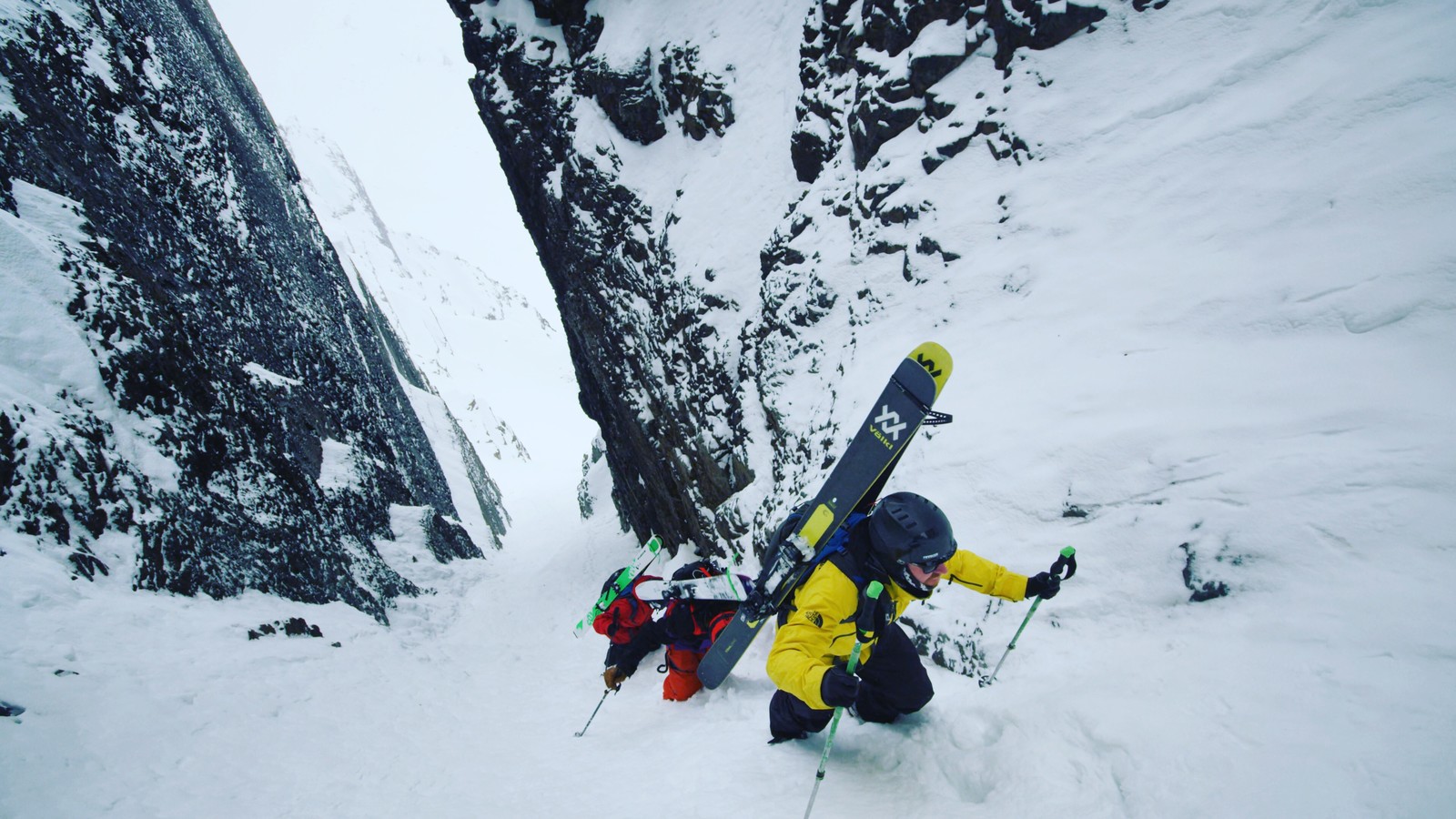 Here are the highlights of the updates:

First and foremost, all three skis will feature the “Tailored Titanal Frame” and “Tailored Carbon Tips” that were implemented on the 21/22 Volkl M6 Mantra.

Here’s what Volkl says about the construction elements:

“With the Tailored Titanal Frame the width of the upper Titanal layer varies and is adjusted to the length of each ski. This allows the amount of damping and torsional stiffening provided by the Titanal in the ski to be tailored to the skier’s body size. In the longer models, a wider upper layer is added above the sidewall in the shovel and tail area of the ski, meaning there is more metal in the ski. This increases torsional rigidity, resulting in even more direct power transfer and improved stability for bigger skiers. The shorter the ski length, the lower the Titanal content, because narrower frames are designed with the camber further forward. This makes the ski more maneuverable, allowing smaller skiers to take full advantage of the ski’s versatility with less effort.”

“The Tailored Carbon Tips replace the carbon tips of their predecessors and are no longer inserted into the shovel as a uniform fleece, specially integrated into tip. In this way, they reinforce the torsional rigidity of the ski in precisely the way they are needed. This results in a precise and smooth edge response at the start of the turn and a fast build-up of energy. The direction and orientation of the fiber strands allows that quick turn initiation in the front of the ski with a smooth transition to the rest of the ski, thereby guaranteeing its enjoyable handling. Compared to its predecessor, this allows the properties of the Kendo 88 to be precisely determined and modified at every point. On the one hand, aggressive skiers benefit from the fast edge response, which provides more liveliness and dynamics. On the other hand, the ski also becomes noticeably more forgiving and delivers a high level of performance with little effort.”

Additionally, the sidecuts of all three skis are being tweaked. They all still feature Volkl’s “3D Radius” design, with a tight center radius and longer radii at the tips and tails. The idea here is that you can get more turn-shape versatility out of a given ski. For 22/23, all three skis’ center radii have been shortened by one meter. E.g., the 22/23 184 cm Mantra 102’s center radius will be 19 meters, as opposed to 20 meters on the 21/22 model.

What has not changed dramatically are the shapes, rocker profiles, and core constructions of these skis. They still feature pretty traditional shapes, with minimal tip or tail taper, and they still have a substantial core that seems designed more with suspension and stability in mind, rather than super low weight. And for reference, the 21/22 Volkl Katana, M6 Mantra, Secret 96, Secret 102, and Katana 108 will return structurally unchanged for 22/23.

These new Volkl skis will carve your mountains unlike ever before, get ready!

For reference, here are the stated specs for the three skis: 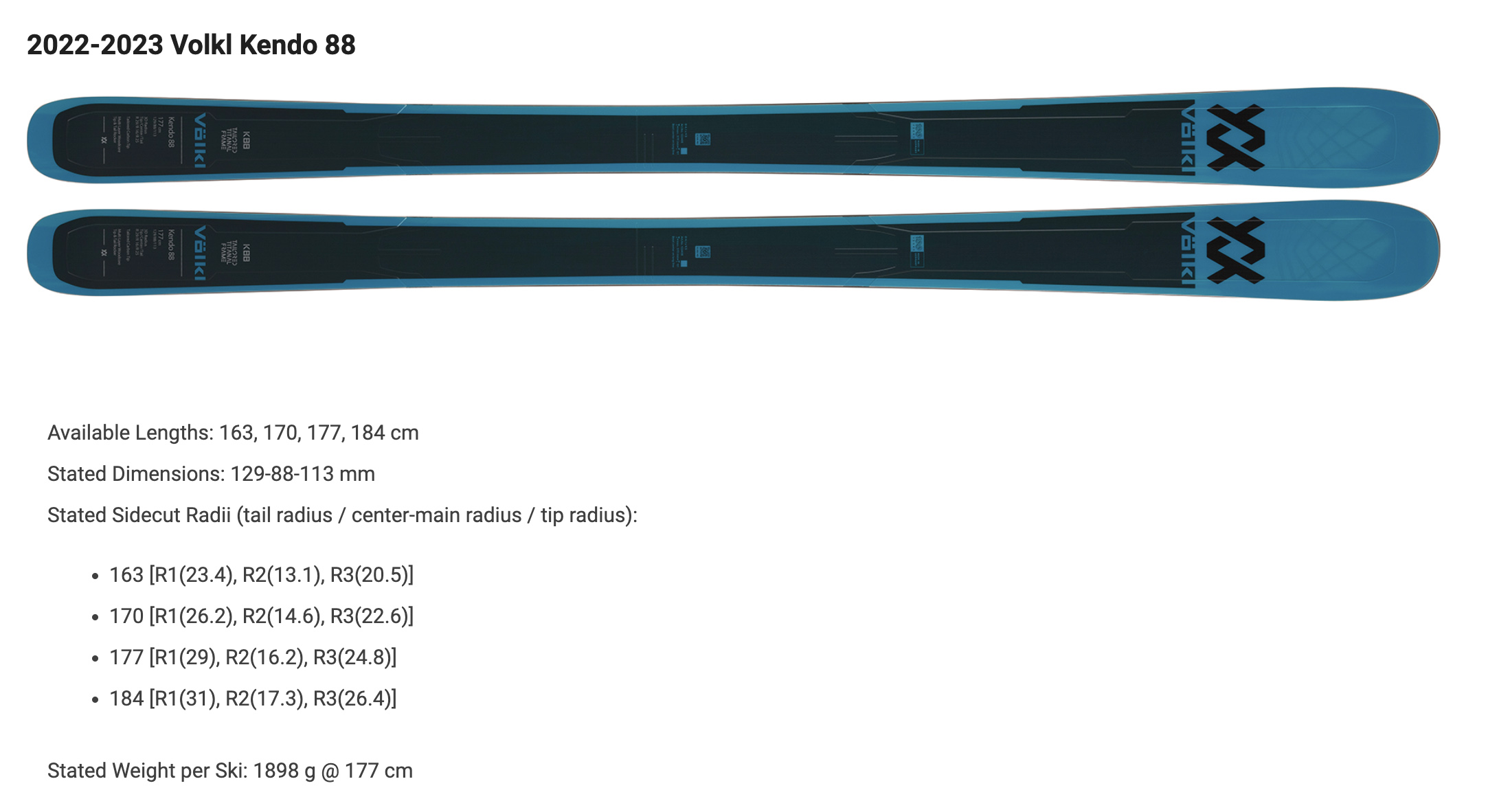 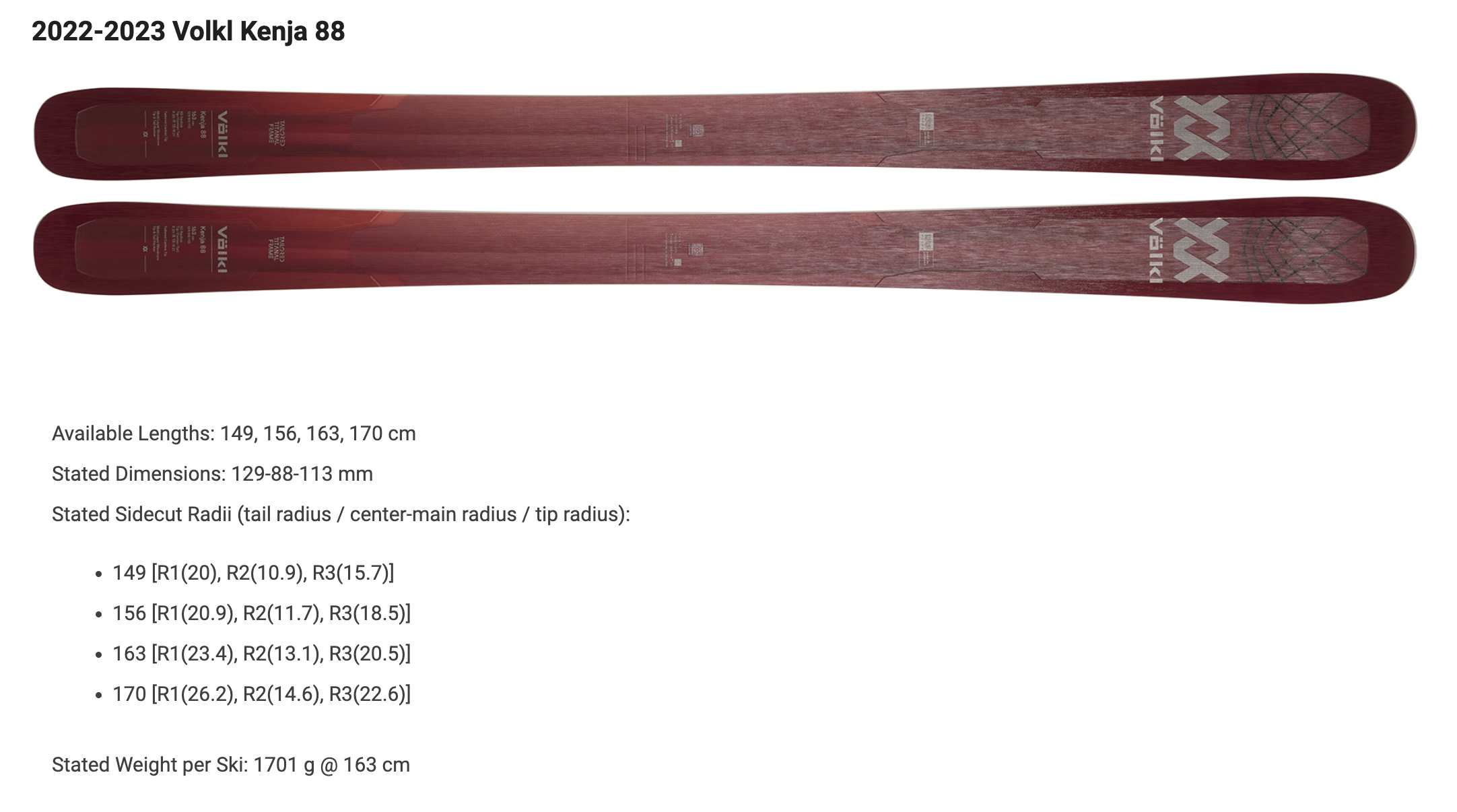 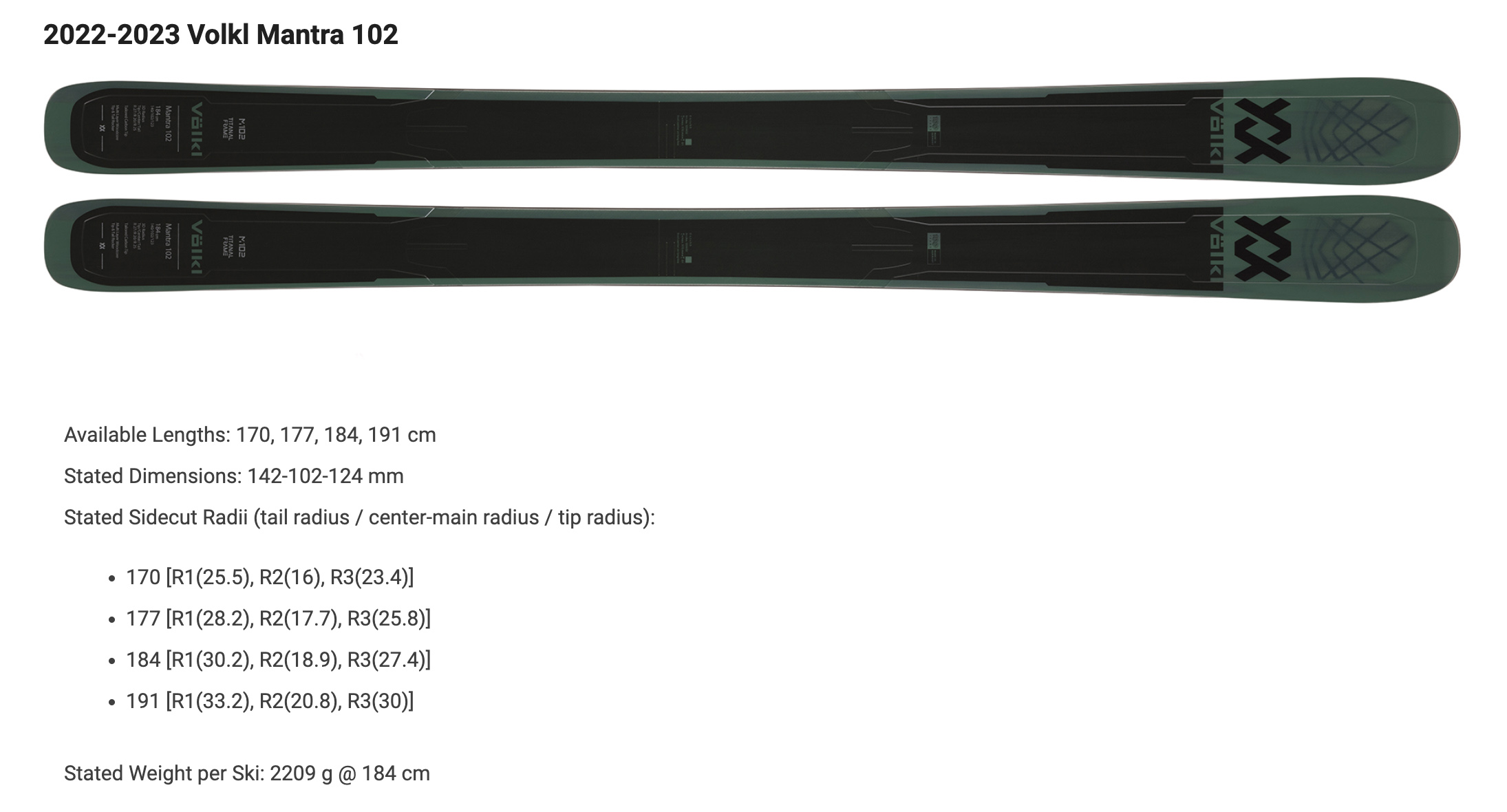