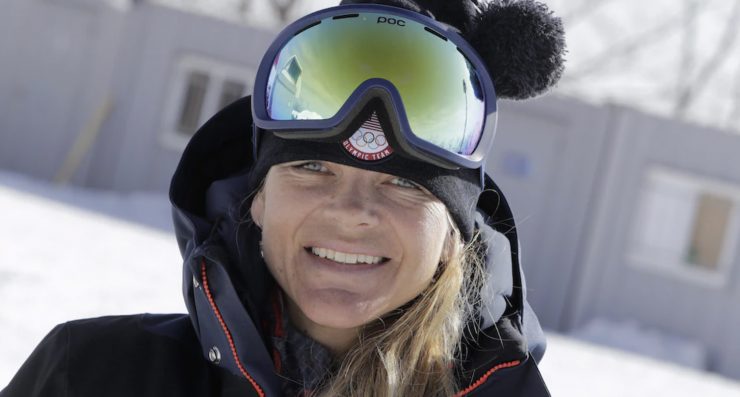 Alpine Canada is thrilled to announce the appointment of Karin Harjo as Head Coach of the Women’s Canadian Alpine Ski Team entering the 2022-2023 season. With this appointment, the 22-year coaching veteran makes history becoming not just Canada’s first-ever female team head coach but also the first woman to hold the position across the entire World Cup circuit.

“I’m very excited to join the Canadian Ski Team and its promising and dedicated group of athletes,” says Harjo, whose career highlights include coaching American ski legend Lindsey Vonn to a bronze medal in downhill at the 2018 PyeongChang Olympics and a bronze medal at the 2019 World Ski Championships in Sweden, as well as supporting Mikaela Shiffrin and her gold medal at the 2021 World Ski Championships in Cortina, Italy.

“In past years, the Canadian women have demonstrated a solid progression on the World Cup circuit. I look forward to working with each athlete as well as our coaching and technical staff to create a culture of excellence that will empower everyone to reach their fullest potential,” adds the Norwegian-born Harjo who grew up in the United States.

Harjo began her coaching career in 2000 with the Timberline Atomic Summer Ski Race Camps at Mount Hood. She quickly moved up the ranks, joining the US Ski Team as Head Western Region Coach from 2011 to 2015, then as Assistant World Cup Tech Coach for the Women’s team from 2015 to 2017, and more recently acting as Assistant World Cup Speed Coach for the Women’s Speed team from 2017 to 2022.

“We’re excited Karin is joining our program as we conclude a solid season and look to propel our athletes in the next four-year cycle heading to the Olympics in Cortina in 2026,” says Phil McNichol, High Performance Director of the Canadian Alpine Ski Team.

“In addition to having experience working with top world cup skiers, she is athlete-centered, a team player, committed to learning, driven by accountability to each other and oneself, and passionate about pursuing excellence in everything she does – all of which will be invaluable for the development of our athletes and a strong and positive culture at Alpine Canada.”

Harjo and her husband – who is also involved in the ski racing system – have been based in Underwood, WA, near the famed summer training venue of Mount Hood in Oregon. Harjo will spend time in Calgary and in various domestic and international training and competition centres while leading the team.

“Karin is a truly exceptional leader who believes in the power of excellence and the importance of developing leaders in life and excellence both on and off the hill,” says Therese Brisson, President and CEO for Alpine Canada. “Her philosophy aligns with the values and culture we cultivate within our organization for all our athletes, coaches, staff, and volunteers. With her leadership and experience at the helm of our women’s program, we’re excited to see how our athletes can learn, grow, and perform under her direction leading into a new Olympic cycle.”

While today’s announcement is historic and opens new doors for female coaching in ski racing, it is not the first time Harjo breaks the “ice ceiling.” In 2016, she became the first woman to set a Women’s World Cup technical course for the first slalom run in Flachau, Austria.

The women’s Canadian alpine team concluded the 2021-2022 World Cup season with six athletes qualifying for the World Cup Finals and three women exiting the season ranked in the top 15 in the world: Ali Nullmeyer 11th in slalom, Valérie Grenier 12th in giant slalom, and Laurence St-Germain 15th in slalom. In addition to World Cup successes, emerging racers Cassidy Gray and Justine Lamontagne led Team Canada to the top of the podium with a gold medal in the Mixed Team Event at the World Junior Championships held at Panorama, B.C. in early March.

Harjo will join the team immediately and prepare to lead the group’s first training camp in late April in Alberta.